Thursday, I had the opportunity to go to a gig run by Radar, MusicConnex and ILuvLive at Under The Bridge in London. 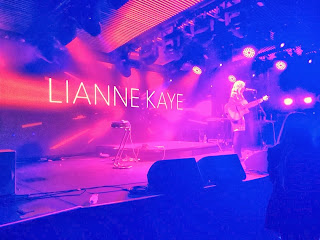 First to take to the stage was Lianne Kaye, an 18-year-old rock/pop singer, she introduced the evening well, and setting the bar high! Her acoustic guitar and vocals, complimented her songwriting and lyrics. Her sound was very similar to Christina Grimmie, but Lianne managed to still sound unique. Kaye also echoed the likes of Avril Lavigne and Demi Lovato at times. Her originals were enjoyable and the cover of John Newman's 'Love Me Again' was a unique acousitc twist, showing Lianne's vocal range and strength, with pace as well as a chilled vibe. 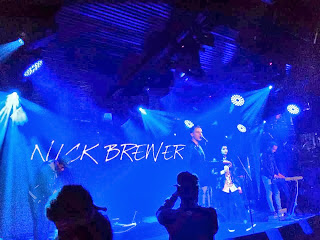 Next up was Nick Brewer, a 24-year-old rapper from Essex. He's worked with George the Poet, and his words echo Devlin, as well as his style and tracks. It was also nice to see versatility amongst his tracks, he gave upbeat head-tapping tunes, and presented an acoustically backed song called 'Close', which was still upbeat, but had that different tone to it. Also, credit to Naomi Scott, who gave backing vocals to the set as well, she proved that backing vocalists can be as good as solo artists making it in the industry. 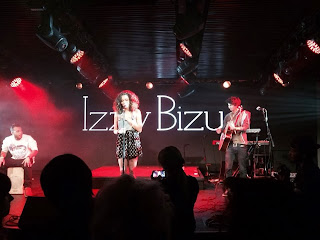 Third was Izzy Bizu, 20-year-old singer/songwriter from South West London. I struggled to describe her sound into a genre on the night, so I took to her website to see how her music was described... 'a fusion of Soul, Funk, Jazz and Pop'. Perfect. She performed some originals, all great, one that stood out was 'White Tiger', it was clearly the crowd's favourite, I've had it on repeat since! Izzy also performed two covers, both unique to the originals and current to her genre(s), 'Hit The Road Jack' and 'Say My Name'. Bizu showcased an insane vocal range and a variety in songs, all presented really well. 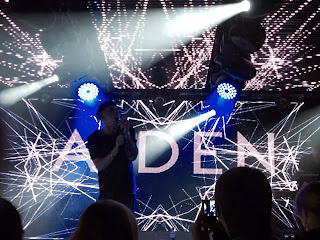 After Izzy, Aiden Grimshaw took to the stage for an intense set. The 21-year-old made it to the X factor finals in 2010 and was a well recieved artist. His set on Thursday, showed off his vocal range, dramatic side and a mystic bass and drum backing. His music echoed Gary Numan and Depeche Mode, with what seemed like a large 80s influence. A good set, however one negative was to me, they almost seemed a bit samey, and he didn't perform 'Is This Love' or 'Curtain Call' both great songs. 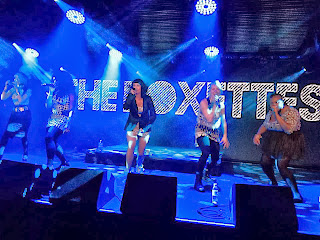 Last was The Boxettes. They definitely saved the best til last! I think it's fair to say all the acts were insane, but The Boxettes stole the show as they gave a unique set, that's different to anything I've heard in recent years. The first comment I made in my notes when they came on stage was 'vocal female Rudimental',  half way through their set they did a cover of 'Waiting All Night'. It was true to the original but had harmonising vocals and Bellatrix, world's female beatbox champion.


Puppet On A String - The Boxettes (link)
Thank you for reading!
Links: