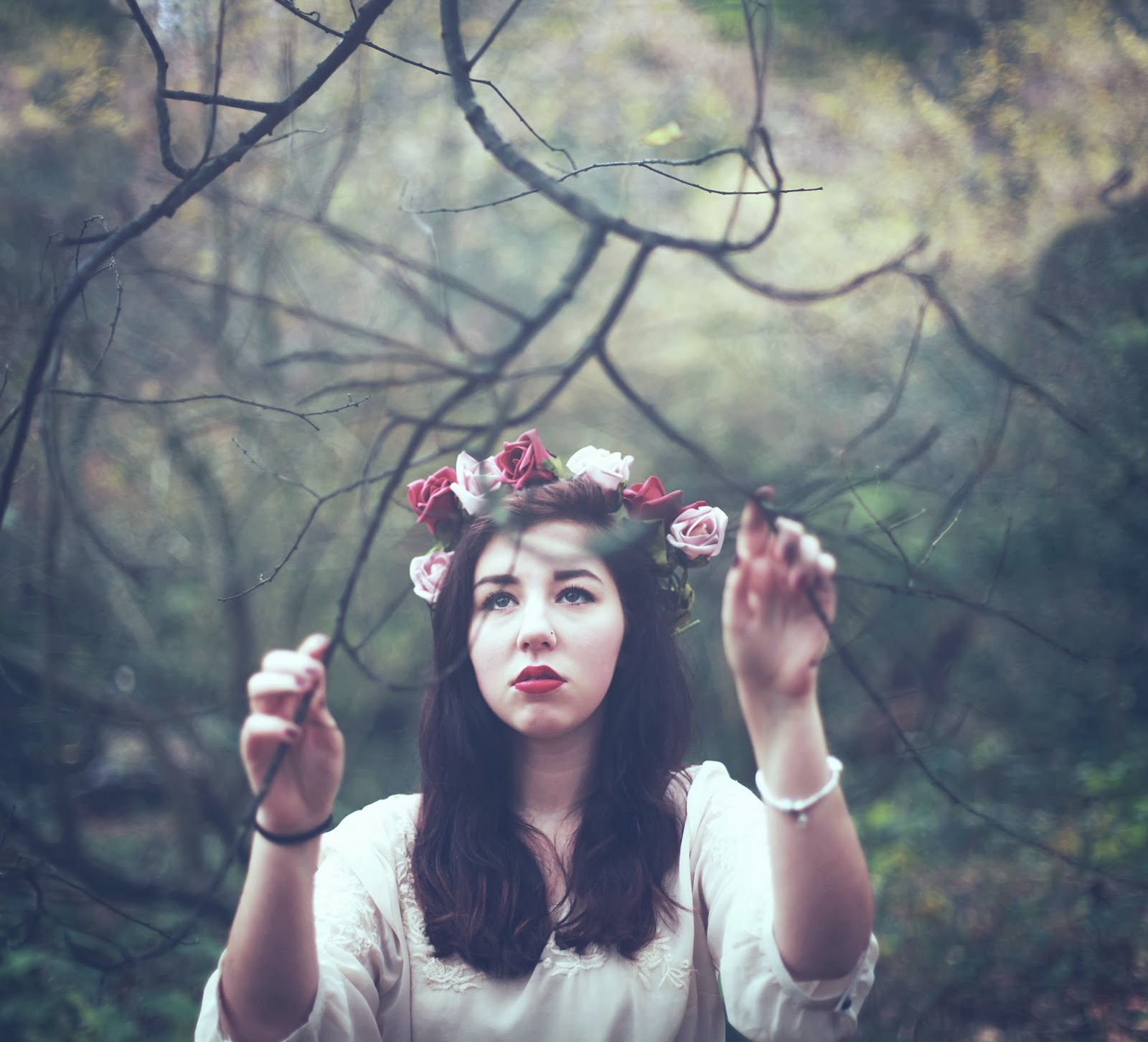 Bethany is an 18 year old singer/songwriter from Wales. Since 2009, she has been uploading videos to Youtube, combining her love and skill of playing the piano and singing, to put beautiful unique twists on covers and sharing her original songs. She credits Youtube massively for her musical journey so far, and it's created a growing group of supporters to share her debut EP with. 'Empty Suitcase EP' was recorded, produced and mastered in the comfort of her bedroom and is set for release next week (23/02/14).

1. How old were you when you started getting involved in music and how?
I've always been surrounded by music, but I can remember being about 5 or 6 and watching my Dad playing piano and being in absolute awe of him, I was fascinated that he could remember all the notes. So I started piano lessons a while after that. I didn't start singing properly until I was around 13, but I've always just loved listening to music.

1. You've been uploading cover and originals for a few years now, what are your 3 favourite videos of your own?
I did a cover of Resolution by Matt Corby and I found it really challenging to record vocally, but it recently hit 10,000 views, so I'm proud of that one. I did a medley kinda thing of my favourite Bon Iver songs, and I just had so much fun putting that together, so that's probably one of them! The last one would have to be an original I put up called Four Walls, I've had a few messages from people saying that the song helped them out, so that's always lovely!

2. What influences your lyrics and who influences your sound?
I can't pinpoint a particular artist that influences my sound, I think my sound is always evolving depending on the artists I'm listening to at that time. So at the moment I would say Sara Bareilles is a big influence in terms of songwriting and that side of things. In terms of production, I absolutely love The 1975, HAIM and Lorde. I find lyrics so difficult to write, but again I'd have to say I'm influenced by Lorde (am I starting to sound like an obsessive fan?!) because of how beautifully articulate and clever every line of her songs are. I also love Lauren Aquilina's lyrics because of how honest they are!

3. You've written, recorded and produced your upcoming debut EP yourself in your bedroom, what process did you go through writing and creating 'Empty Suitcase EP'?
I have! It's something I've always wanted to do but was never sure it was possible. It took a lot of hard work, frustration and experimentation. I basically isolated myself for about 4 months and just worked all hours trying to make it happen. The writing was the easiest part as it's what I know best, and it wasn't difficult finding inspiration for the songs. I then began the process of producing, mixing and mastering it which was extremely frustrating at times, considering I'd never done any of those properly before. It was all a case of teaching myself as I went along!

What is your favourite food?
Oh god! Erm... I can't pick ONE... pizza, chicken fajitas or chocolate!

Reviews of 'Empty Suitcase' by Bethany:

1. 4/5 - Josh: a fresh new British voice with raw and poetic lyrics.
2. 5/5 - Tracy: haunting tune, that I'd personally have on the iPod whilst on the beach in solitude watching the waves roll in...
3. 3/5 - Doreen: I like her voice and I like her lyrics, but I found the backing music a bit much at times.


Review of Empty Suitacse EP:
Bethany's vocals and lyrics are so fresh, honest and stunning. The EP overall is beautiful and reminds me of Lauren Aquilina and Birdy's works. The title track is great and showcases Bethany's wonderful voice and skill of songwriting, I also thoroughly enjoyed the piano and drums backing the song. 'Circles' seems to focuses on harmonies and vocals, with a brilliantly simplistic backing piano and drum beat. 'Treading Water' is a calmer track, almost lullaby style and definitely one to listen to in a playlist with Bon Iver. 'Bones' is similar to the track 'Circles' but still manages to be unique and different, with a bit more of a catchy feel to it, with a need to tap your foot. I'm really looking forward to hearing the full EP, not just the previews! :) (It will be released 23rd February 2014 but can be pre-ordered in the top link of Beth's links section!)

'Say Something' is a song from American duo A Great Big World, it was released as the lead single from their debut album, Is There Anybody Out There? (2013). After being used on So You Think You Can Dance, it gained attention from Christina Aguilera, who asked to be featured on it, and so they re-recorded it and re-released it, since then it has reached the Top 10 in the UK Singles Chart.

This is my all time favourite song from Sara Bareilles, and it's probably her best known track. 'Love Song' was her debut single and was released back in 2007, it peaked at #4 in the UK Singles Chart, but was a hit over in the US. Here she is performing the song with some help from the audience at Variety Playhouse.

This cover is pretty different to the original version of Spectrum by Florence and The Machine/also mixed later by Calvin Harris. Erika shows her skill at playing a stunning instrument beautifully, I really enjoy her covers, she tends to popular songs and changes them so much into a truly chilling and calming melody.

I love this song, I also love what Alex Boye does to popular songs... He's also done an African cover of Paradise (originally by Coldplay) which is insanely good with The Piano Guys. But I suggest heading over to his Youtube page and checking out all his videos, you won't be disappointed!