Two very good EPs came out this weekend, (amongst many great albums too!) One of which has made it to #4 in the UK Albums Chart for the past two days, and one that needs to be listened to and bought by more people... (I also got given a Music In Time hoody yesterday, which I wanted to share with you!)

The third in a trilogy, Liars EP has forced it's way into the UK Albums Chart and is stuck at #4. Lauren was recently signed by Island Records (UMG) and has just completed her third (completely) sold-out headline tour, which included a her biggest headline show at O2 Academy Islington, London. Her previous EPs 'Fools' and 'Sinners' reached #10 and #5, respectively in the UK Albums Chart. Both, gained growing attention, along with Lauren's growing fan base, from all over the world, especially in Malta.

Following the previous two EPs, 'Liars' had a lot to live up to, but there was a lot of people sharing their excitement with the social networking world and Aquilina's EP has now received 155 reviews all with 5 stars on iTunes...

Starting with 'Lovers or Liars', the title track of 'Liars EP', it's an upbeat track, with catchy lyrics (that are easy to shout along to at the top of your voice...) great vocals and an enjoyable drum beat that's sure to get your foot tapping, or head bobbing! As a side note, the music video accompanies the song so well, it presents the emotion and story behind the lyrics. It also includes the running theme of keys, and links back to the previous videos and EPs.

'Forest Fires' is the second track on the EP and I must admit, it was the one I was looking forward to hearing the most... It's a great honest track and with piano from 1.10 almost echoing 'Fools' links yet again, and carries throughout. Building into a powerful, layered song from such a simple start, with emotion injected into it, it's a truly stunning song.

Third is 'Square One', a song I'd heard quite a bit live at Lauren has performed it as part of her set list. However, a recorded version has added to the EP, again true and honest lyrics, a simple beginning growing into a fuller track (still managing to be simple but effective?).

The EP finishes with a beautiful track 'Broke', it finishes not only the EP off really well, but it completes the trilogy perfectly, with a quick nod to Fools as the track ends! A simple but emotionally stunning song, the instrumentals sound like something that should have been created by Bon Iver and the lyrics and vocals sound like they should be sung by Annie Lennox, but that's what makes Lauren, Lauren Aquilina.

April is still currently studying A Levels whilst gigging around Blackpool and surrounding areas, and continuing to write her own material. She has done sessions with Ont Sofa and iGi Music & Media and has been uploading videos to Youtube for just under a year...

Her 5 track EP 'Solace' was released on Saturday 8th March, with 3 EP release/launch gigs over the weekend.

'Old Voices' opens up the EP, with beautiful vocals and the guitar goes well, the track then grows into a catchy, upbeat song, still with honest lyrics and emotion behind them.To me, the drums add so much to this song, and pull it away as an individual track from the others on the EP.

Second is 'Black and White' a track that I was introduced to via Ont Sofa, I found it brilliantly perfect then and a year on - I still do, showing her musicality with a guitar and accompanying vocals and lyrics as perfection.

'Marionettes' comes next, with a Spanish echo from the guitar, also making it an unique track, which is thoroughly enjoyable, I could imagine it being played in a restaurant somewhere(?) starting with a mellow start and finishing fairly mellow too the middle creates an upbeat peak.

Following 'Marionettes', 'Candle' is a stunning, melancholy track, a particularly personal track, however it grows into a different kind of emotional track near the middle, which can be interpreted in which ever way you please, but I see it as the point in which she battles 'the dark'.

'Tug Of War' is the final track on the EP, with beautiful guitar and vocals from April, yet again, it's a great one to finish with. Similar to 'Black and White', but still different, with usual emotional and honest lyrics from April's music and the comforting sounds of guitar.

This EP is enchanting and perfect for chilling to, walking to, her voice is incredible and she is only going to get better, which means she'll be pretty amazing!

(I've linked an acoustic version of 'Old Voices' as it's the first track on the EP...)

I have been lucky enough to have a hoody made for me... Thank you very much to the wonderful people at 'Pit Shop'. It's a comfy and cool jumper and is perfect! The hood isn't too small, it's the perfect size, it's warm, fluffy and generally comfortable to wear... I'm in the process of thinking about making this a 'thing', if you are interested in the possibility of a Music In Time hoody available to you, please let me know! 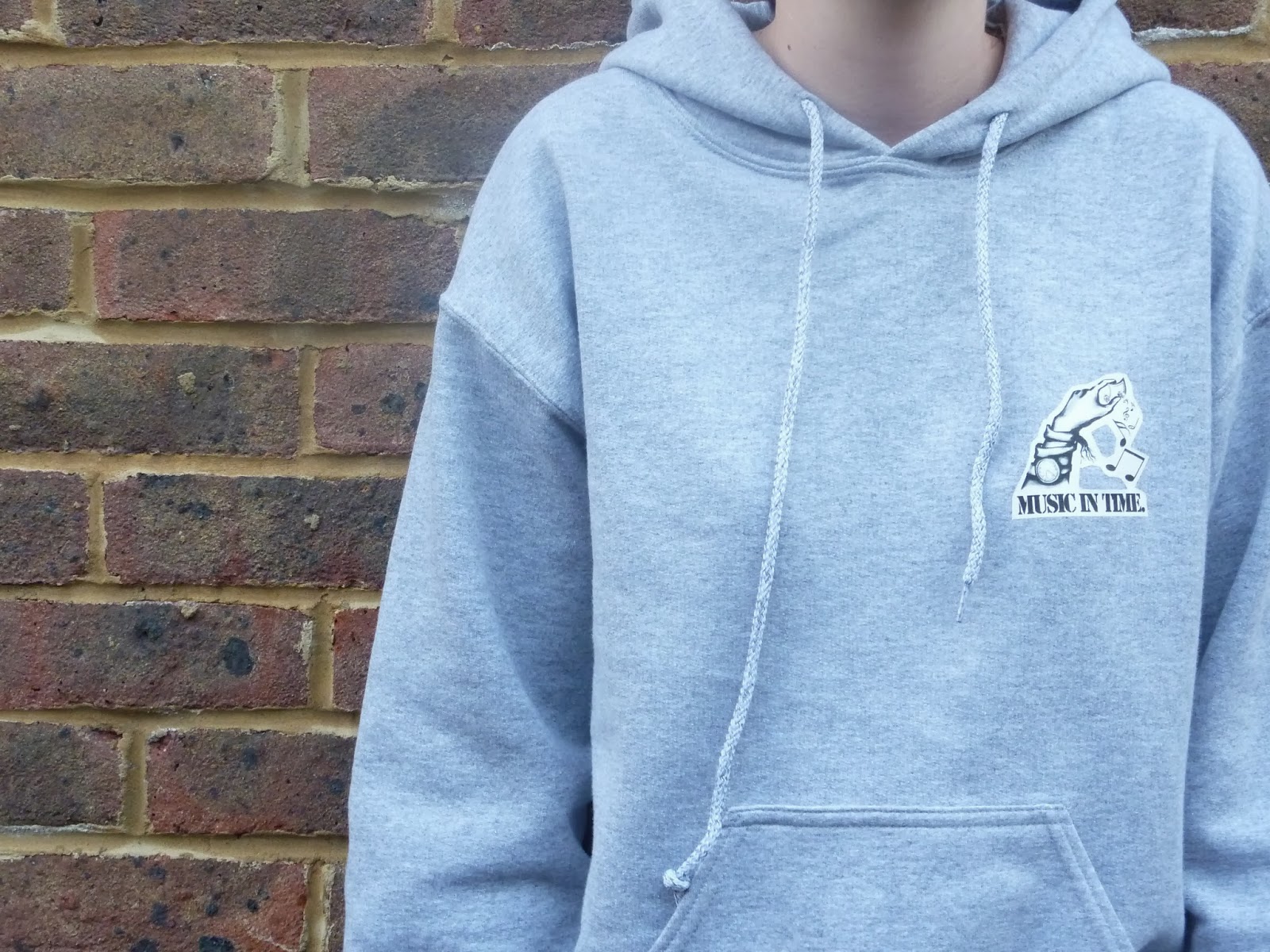 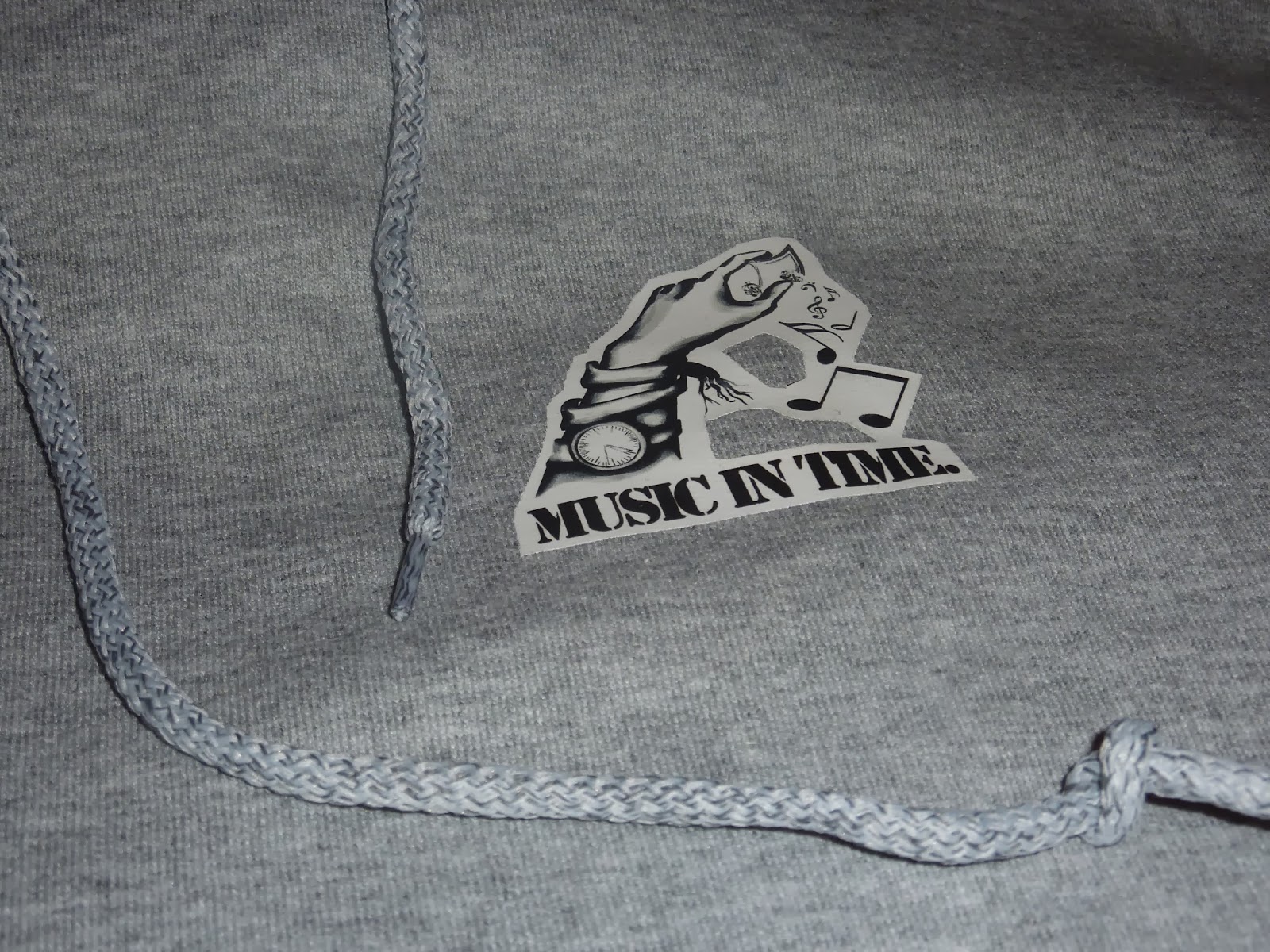 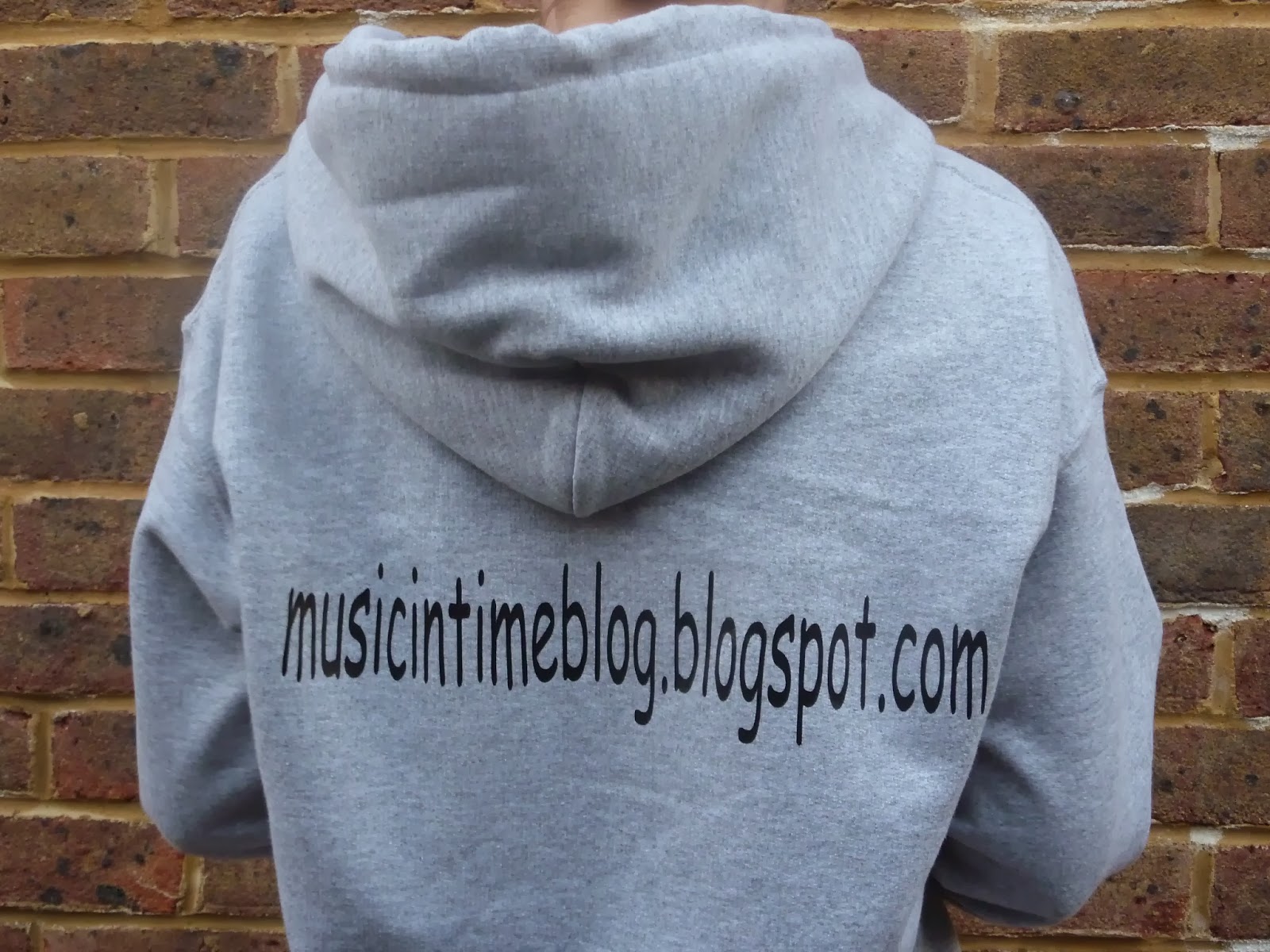 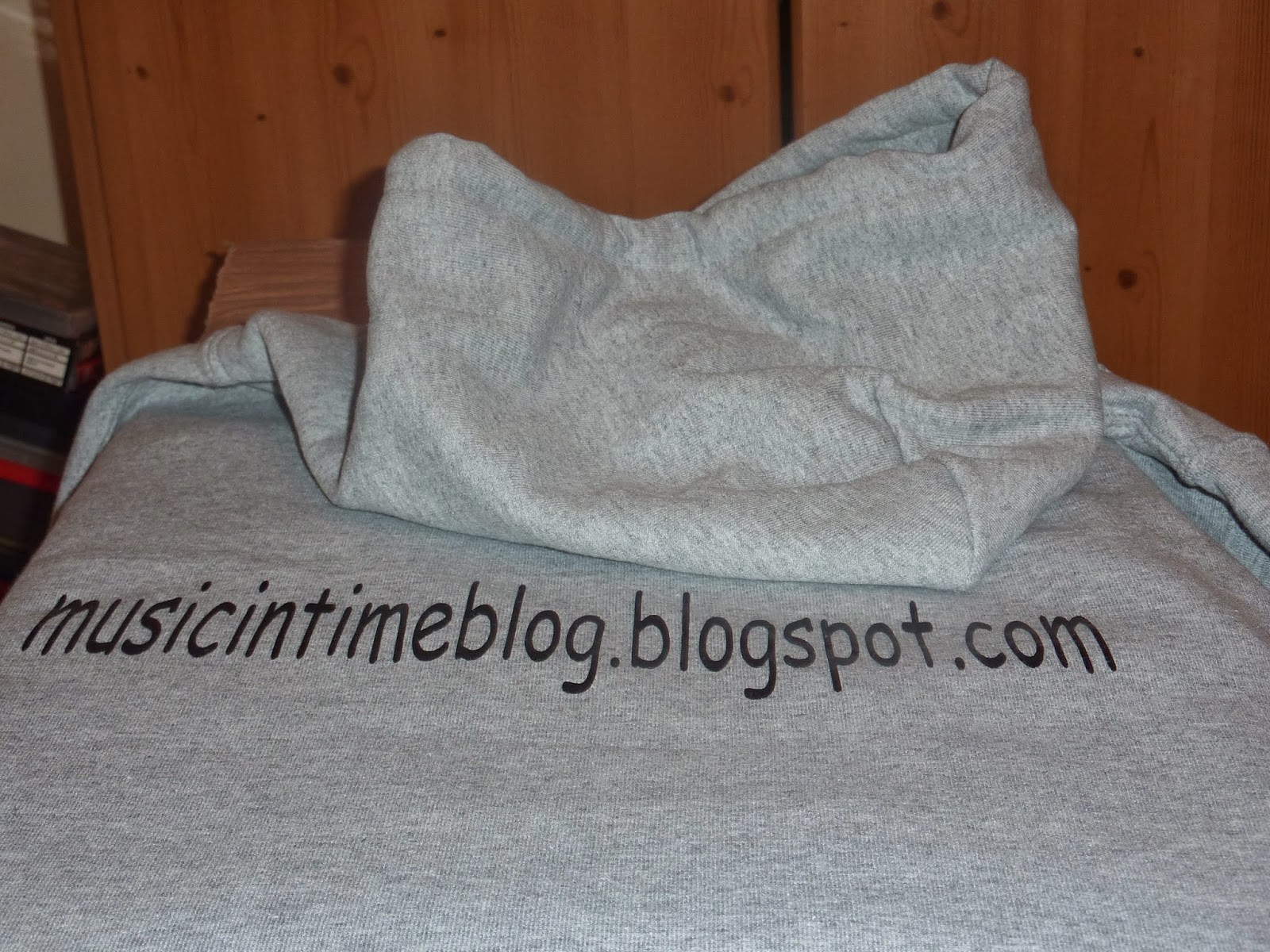