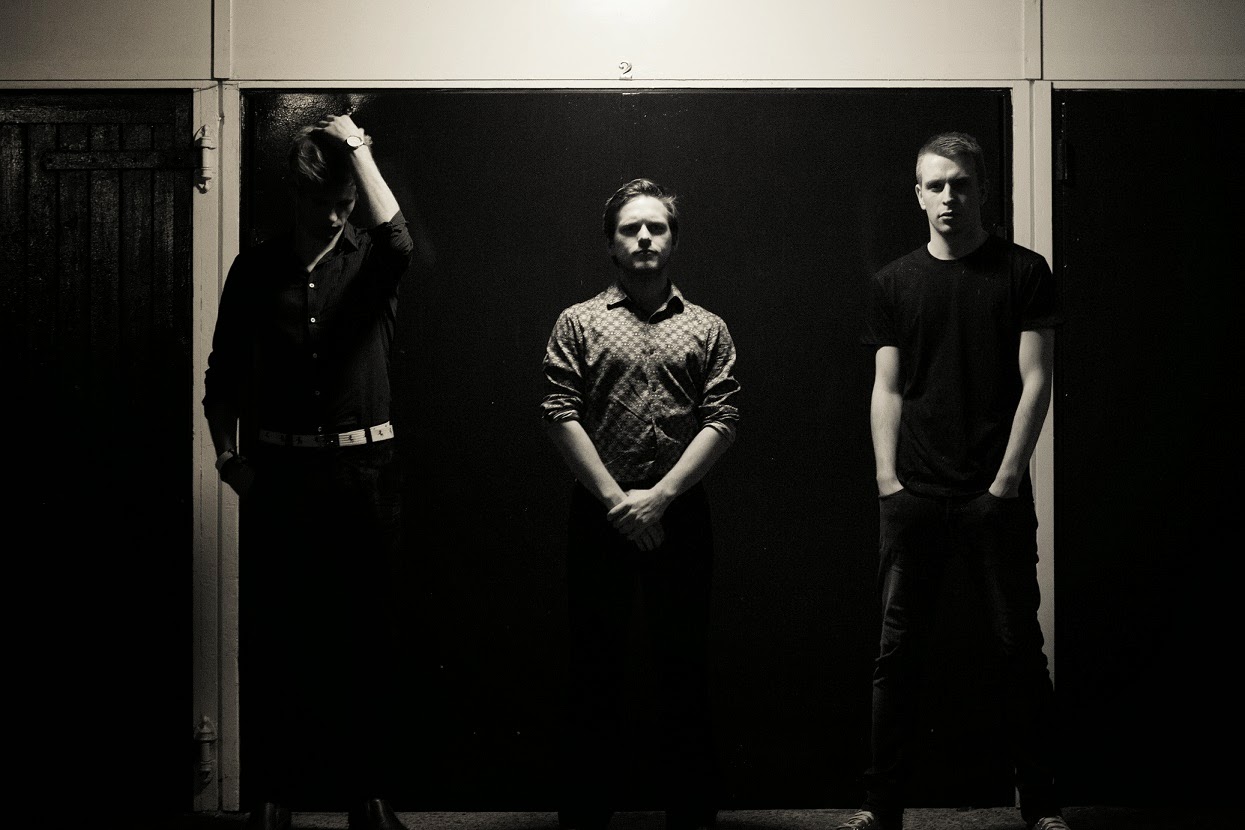 Bengal Lancers are a London based trio, formed in October 2012, whilst they were study at University of Leicester. Growing their presence in the Leicester music scene, they are now headlining shows and being asked at social events too. They have also played alongside Rudimental and Wretch 32 on the main stage at their university summer ball. They have now released their debut EP 'Flood Sessions'
I sent over some questions to Harry, Charlie and Max, and here's their answers!

1. How old were you when you started getting involved in music and how?
H: I got involved with music when I was about 12. My older brother had been playing guitar for a couple months and naturally got jealous. I remember being in the car, and he'd stuck on the 'Bleed American' album by Jimmy Eat World, and the solo in 'Get It Faster' just set it in stone. I picked up a guitar and haven't put it down since.

C: I think I was 7 when I first began playing the piano, and then a few years later I started on the trombone! I had a very classical background learning music until I was about 15 and decided to take two of the strings off an old acoustic guitar and teach myself to play bass by playing alone to whatever I was listening to at the time.

M: All of my early musical exposure came from my Dad, who played guitar, piano and accordion, and listened to all sorts. He made me a mix tape when I was about 7, and all I can remember from it was Nirvana and Flanders and Swann. I played his guitar here and there when I was a bit older and one birthday he gave it to me, and that was the real beginning! I only picked the drums a few years ago though.

2. What is the most inspiring gig/concert/festival you've been to?
H: Probably Arcade Fire at Reading 2010. It was euphoric, one of the best shows, but in regards to festivals, Sziget all the way, 7 days in heaven and some of the best line ups ever.

C: I can't look past the first ever gig that I went to, which was Muse at Wembley Arena on the Black Holes... tour. That was when I realised that making music was something I really wanted to do.

M: It has no relevance to what we play, but I saw Rammenstein at Download Festival last year, and their live show was incredible. It was like some sort of fiery death pantomime, ridiculous but standard-setting.

H: The new Wild Beasts album has been pretty much on repeat, and I've somehow only just stumbled upon The National: 'Trouble Will Find Me', pretty much keeps me sane at work.

C: I've been listening a lot to the new Bombay Bicycle Club album lately, but apart from that I've been going through a bit of a phase where I've been going back to a lot of music, I haven't listened to for a long time.

M: I've been a bit all over the place, but things like Elbow, Franz Ferdinand, Bahamas (who I really recommend), then at the other end of the spectrum things like Bullet For My Valentine.

1. How did you form as a band and how did the name 'Bengal Lancers' come about?
H: All three of us were close friends at university. In first year, I ended up winning an open mic competition in halls, and Charlie came up to me after saying we should have a jam. We started performing under the name Bengal Lancers after a month or so, performing small scale gigs at local venues.
Somehow, we never thought to ask Max to drum for us until the end of second year. We gelled instantly and things just went on from there.
The name came from the end of the Wes Anderson film 'Darjeeling Limited' - there's a scene where The Kinks is playing in the background, the main characters leap on to this train called the 'Bengal Lancer' and it stood out straight away.

2. You've performed alongside the likes of Wretch 32 and Rudimental, but which three artists/bands would you like to tour with and why?
H: For me it'd be Frightened Rabbit at the moment, I'm a massive fan and they look like they'd be a laugh to tour with.

C: I think touring with Foals would be awesome, I think we've got a little bit in common with their sound and I think it would work really well.

M: I'd love to play alongside Franz Ferdinand, because I feel we have complementary styles, as well as a similar vibe on stage. They seem like they'd be good guys too!

3. What process did you go through writing and producing 'The Flood Sessions' EP?
H: We began to work on 'The Flood Sessions' EP in October 2013 and was recorded at Brick Lane studios. It took about two months to complete, due to a series of mishaps, which actually resulted in the name - the day before we were scheduled to go in, a septic pipe broke outside and the whole studio got flooded. In the words of the email we received: "the carpet is wet and the general situation unsanitary".
In the end the 'Flood Sessions' stuck, and to be honest it sounded a lot nicer than 'Shit Mix'.
'Brick by Brick' started off as an old riff we'd had kicking about for ages, I remember Charlie and I working on it and it had some dubsteppy breakdown at one point... it was awful.
When we finally looked back at it with Max, the vibe totally changed and it became this almost disco-y drum track. It's definitely one of our favourite live tracks, the 'Live Learn Love' breakdown gives us a chance to go mental.
The Shakes: We knew this had to be the finishing track on the EP straight away. It was the first track we really all wrote together almost by accident. Charlie started laying down a bass line during a rehearsal and we just started messing with it.
It pretty much came about straight away, we still have the original demo of us in the room and you can tell it would become 'The Shakes' without a doubt. It's become a sort of show stopper, we like to leave it tip last then blow people away.

If you could, what would you change your name to?
Without a doubt we would have to change our name to 'Spicy Giraffe'.

'The Man' is a track by American singer/songwriter Aloe Blacc, it was only released two days ago, and is already sat at #1 in the UK Singles Chart. It samples Elton John's 'Your Song', which adds to the track, which is the second song from his third studio album.

'Nearly Morning' is one of Luke's tracks and is featured on his most recent of three EPs 'Tornadoes'. In this live performance he shares the stage with Gabrielle Aplin, mainly known for her John Lewis cover of 'Power of Love', but more recently also 'Home' and 'Salvation' appearing lots on BBC and ITV, this is a truly stunning performance from the pair and one I'm sure you'll enjoy!

A popular song back from 2012, by American duo Macklemore and Ryan Lewis. Here is Marie Nahon, a French artist, over on Soundcloud, it's definitely a unique twist on a 'tune' from Summer, enjoy!

Jasmine Thompson is a 13 year old singer from London. She has been uploading videos to Youtube for the past two years, she's also reached #32 in the UK Singles Chart with her cover of Chaka Khan's hit 'Ain't Nobody', which was used on a Sainsbury's advert. All of her covers are great, and I suggest just going through her videos, but here's an original from her recent release. Enjoy!

Before you go...
'Renegade' a local band to me, are aiming to play at Download Festival, they need as many votes as they can get, so here's the link, give them a listen and a vote! :)