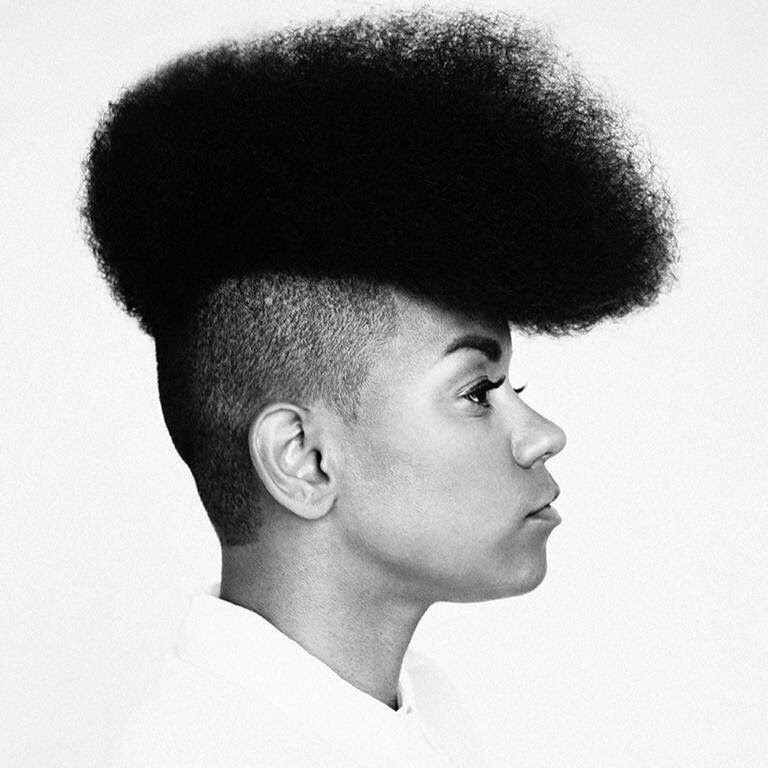 Kimberly Anne, a South London born singer/songwriter, inspired by artists such as Billie Holiday, Tracy Chapman and Lauryn Hill, has ventured into the world of music. Starting out performing at her local poetry nights, after an encouraging few words from a booker, she admitted to accidentally becoming a songwriter. After a series of UK shows with HAIM, Jake Bugg, John Newman, Lewis Watson, Bipolar Sunshine and Hudson Taylor, Kimberly Anne's is a name that is beginning to stick and appear more and more.
She's a true DIY artist, starting with drum kits made from tables, condenser microphones duct taped to mops and loads of layered vocals and claps. Now her second EP 'Hard As Hello' is out and people are even more excited about this upcoming artist!

The general sound of the 'Hard As Hello' EP is great! Starting with the title track 'Hard As Hello' really summarises the overall sound of the EP, it changes pace, builds and simplifies again. Definitely a great one to introduce anyone to Kimberly and her music. The guitar, beats, harmonies, lyrics and vocals throughout the whole EP is fantastic and means it is constantly on repeat. 'Start Over' and 'Wasteland' are a bit more mellow, still true to Kimberly's sound but they seem to have more 'lump in the throat' lyrics and a gentle acoustic theme compared to the title track and remix of the EP.  The EP finishes with a remix by Bastille of the title track, it's a good one, and is a great mix of musicians working on one track, and one Kimberly must be proud of! I think this shows how far she has come as well as her music in the last couple of years especially!
Overall, this EP is definitely one to download and listen to (A LOT!), it's a great four tracks put together for any mood! The official video for 'Hard As Hello' is also a very clever one and worth a watch!

Chart: Nobody To Love - Sigma

Currently sat at #2 in the UK Singles Chart, after peaking at #1 on the first day of the track's release. 'Nobody To Love' was originally a bootleg remix of Kanye West's 'Bound 2' and was released for free download on 24th January 2014. The British pop duo Sigma, then reworked it into an original track, which became really popular, selling over 121,000 copies in the first week.

Nobody To Love - Sigma (link)

After only being together for a month when they auditioned for Britain's Got Talent, Collabro a group of 5 British boys, got four yeses from the judges! They are definitely a twist to the usual 'boy band', performing a cover of 'Stars' from the musical Les Mis, and gaining a standing ovation, this is a great live performance!

Josh Record is an upcoming singer/songwriter with huge backing from the likes of Zane Lowe. His previous EPs have all done well in the singer/songwriter charts and he his debut album is due for release on 14th July (2014), which I'm really looking forward to! Here he is covering Ellie Goulding's hit 'Burn'.

Classic: Just The Two Of Us - Bill Withers

A R&B song from Bill Withers, 'Just The Two Of Us' was released in 1981. It reached #2 in the US Billboard Hot 100 and stayed there for three weeks. The track also won a Grammy for 'Best R&B Song', there have been many famous covers and parodies of the track, from the likes of Bill Cosby and Will Smith and sampled in many others.

Just The Two Of Us - Bill Withers (link)