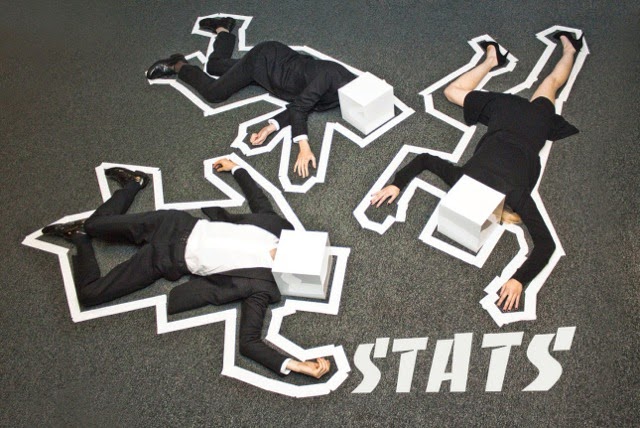 1. How old were you when you started getting involved in music and how?
I didn't pay any particular attention to music until I was a teenager. I learnt the guitar in order to write songs, although I didn't want to sing them because my voice wasn't very good.

2. What is the most inspiring gig/concert/festival you've been to?
The Rite of Spring production by the Royal Ballet in 2011 was an amazing performance. Sitting high up, immediately above the orchestra pit, the music came banging up at us so loud and so chaotic - it's really startling. The balance between studied skill and raw energy is still very exciting, and the dancers embodied this too.

David Byrne and St Vincent at last year's End of the Road festival was brilliant, the staging and performance really brought their album to life. Its very deliberate construction really stood out at the festival - they brought their entire world into a field and made no concessions to their surroundings.

The first time I ever went to Fabric, Adam F was playing, and I'd never been to a big club like that before, I knew nothing about them. I'd only ever been to small clubs in small towns. Entering the main room and being in complete darkness, with no stage and no focal point, just surrounded by music, it was exciting and disorientating. It makes you realise that the crowd are the performance, and that your experience of the music is inseparable from you and everyone else dancing.

3. What have you been listening to lately?
The new Tune Yards album is fantastic, and I love Lizzo's record. I am listening to Eddie Kendricks and Isaac Hayes, and disco compilations.

1. After playing Great Escape & Dot to Dot Festivals this year, where would be your dream place to perform and why?
Great Escape and Dot to Dot were really good. Our Great Escape venue was a proper club in a dripping cellar at midnight, and it was cool to work out how to set up our world and perform it so it came across in that context. It would be fun to put together a show in a self-storage facility, if you could move some of the walls around. You could surround the stage with a maze, perhaps.

2. You have a unique sound, compared to lots of other bands at the minute, who influences you and your music?
Thank you. I like specific gestures rather than general texture, in both words and music. I like singers who are not very good at singing, and develop a more distinctive style of their own as a result. I like music that you can rely on to dance to, where the changes and shifts are for the benefit of the audience, not the musicians. I like songs that clearly have a specific meaning for the singer, but that are also open to being understood many other ways by listeners. Some people who I think do these things include Pet Shop Boys, Talking Heads, Pulp, Chic, Laurie Anderson and Curtis Mayfield.

3. What process did you go through writing and producing 'Where Is The Money' EP?
The words and music are written separately. Sometimes I write a whole song and bring it to the band, other times there will be one little phrase that we play over and over for a long time, then we go back and chop up the recording and find words to fit and make it into a song. The important thing is writing much more than you need, and throwing almost all of it away.

'Where Is The Money?' Review:
Starts with a great beat and builds to become even better! Ed's words and lyrics seem simple but are rather genius and compelling. The overall sound is very reminiscent of The Feeling and you can hear the inspiration of Talking Heads and Laurie Anderson. This track is unique to most songs around at the minute and it's nice to hear something so original in the 'pop' genre! One to have on repeat and tap along to, especially in this sunny weather!

Where Is The Money? - Stats (link)

'Ghost' is the debut single from British singer/songwriter Ella Henderson. The track is taken from Ella's upcoming debut studio album 'Chapter One' and is currently sat at number one in the iTunes Top 10 Singles Chart. You might recognise Ella from X Factor 2012, when she finished sixth, however, it's clear that result didn't mirror the talent she has, she should have at least been a finalist! Enjoy this one!

This live performance comes from Britain's Got Talent finalists, Bars and Melody. Leondre Devries (Bars), 13 and Charlie Lenehan (Melody), 15, were placed third in the contest this year. The singing/rap duo were invited to perform on The Ellen DeGeneres Show before the semi-finals and seemed to be a hit there too! Bars wrote the verses himself from real life experiences, which not only shows them to be great artists, but also shows penmanship! They also mix it up with Twista & Faith Evans' 'Hopeful', perfect!

'The Hardest Part' is one of Nina Nesbitt's favourite tracks from her debut album 'Peroxide'. Here the song is covered by the incredibly talented, American singer/songwriter, Bryce, who performed alongside Lauren Aquilina back in 2012, on her first headline tour. They covered 'Yellow' by Coldplay, which is also another great cover to check out! (I also suggest you go check out Bryce's Youtube channel - you won't be disappointed!)

Originally a One Direction track, 'Story of My Life', peaked at number two in the UK and number one in many other countries. Covered here by Youtube hits The Piano Guys, consisting John Schmidt, Steven Sharp Nelson, Paul Anderson and Al van der Beek. They post piano and cello renditions of popular songs and classical pieces. This particular cover is also accompanied with a rather heartwarming video!

Story of My Life - The Piano Guys (link)