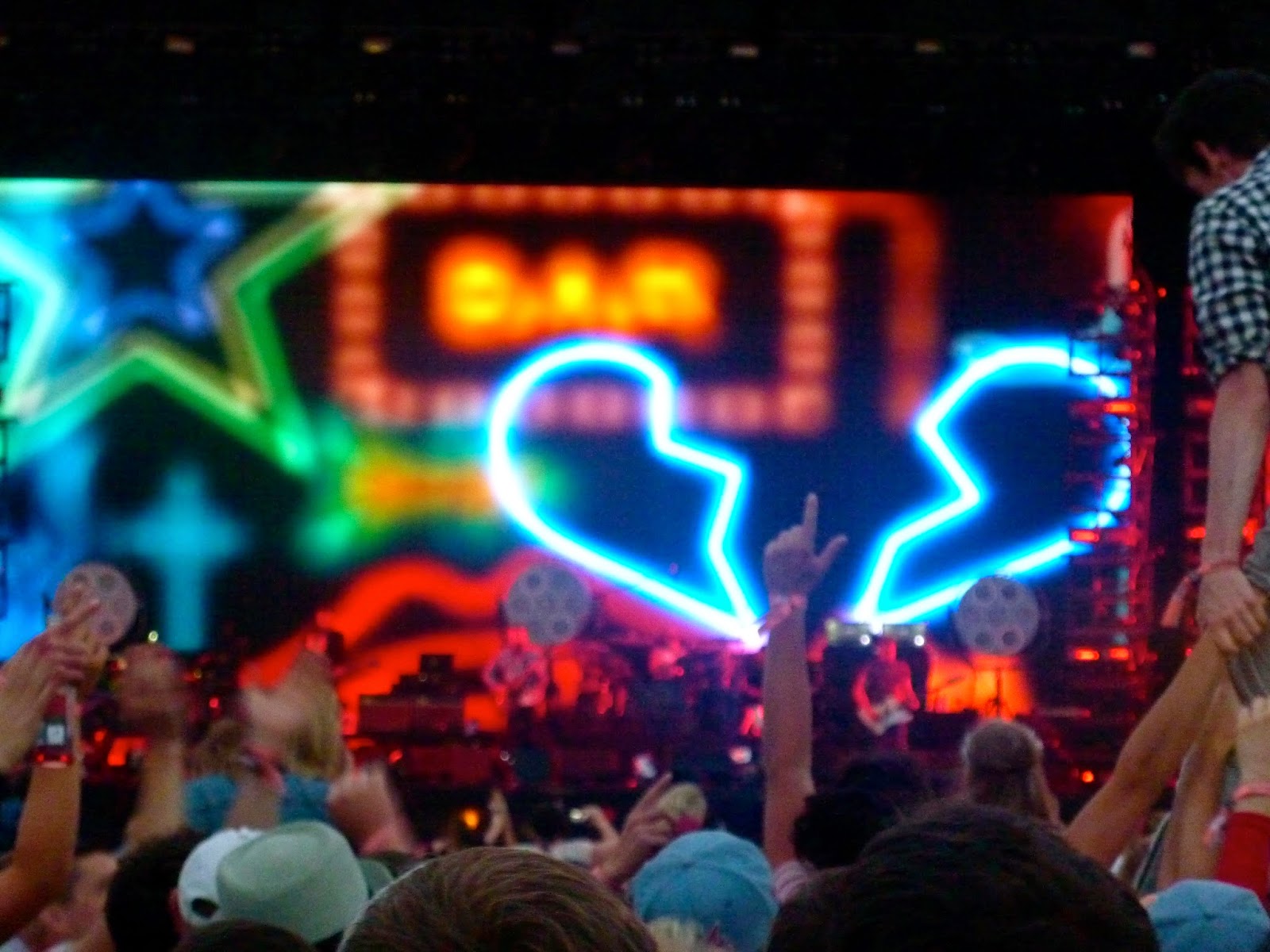 Let me set the scene, I'm at a Cheryl Cole concert (questionable to some people), at The O2 Arena, London, back in October 2012. Whilst I didn't have the greatest view anyway, I really didn't enjoy having cameras spinning around the stage, blocking my view of the artist I'd gone to see perform. In addition to this, everyone was getting their phones/cameras out to take videos and photos. Personally, I can understand filming a clip of your favourite track, or taking a couple of photos to have as a memory etc. however, is it really ok to have your phone out for the whole set?

I mean, don't get me wrong, technology really can add to a live performance's atmosphere, with lights, backing displays, extra technological advances used to enhance the music. I'm also a big fan of the swaying lights when an artist plays a specifically ballady/emotional track, however technology has taken over tradition of flicking away at lighters, which is now probably seen as a health and safety hazard. Personally, I also like to have a photo of each artist/band that I see, for blog purposes and for gig scrapbook purposes). I'm not a big fan of filming at gigs, however, if I go to a festival I will tend to get a small clip of my favourite song from an artist/band. I start to wonder how much of the music people are actually managing to make the most of? I've spent money to go and see and feel the atmosphere of a live performance from this artist/band and then there's people with their heads in their phones, bouncing from side to side every now and then, how can you do it? I'm always fully emerged in the music, if I'm there to review, I aim to take a notebook so I don't ruin the atmosphere with a luminous screen facing upward creating a distracting glare.

I think the only time when technology can really ruin live music is when it gets in the way of enjoying the event. For example, when filming crew/cameras get in the way for most of the set, when a camera is held up in front of your view for the whole performance, when someone is stood next to you on their phone, you get the idea! Apart from that, I feel it can be used to enhance the atmosphere and overall event.

What do you think? Do you think technology is ruining live music events? Let me know in the comments!

Released on 10th July (2014), 'If I Go' is Ella Eyre's debut solo single. Ella is an English singer/songwriter who has gained lots of attention recently after featuring on successful tracks 'Waiting All Night' with Rudimental and 'Think About It' with Naughty Boy. However now she is going solo, this track is from her upcoming debut album, and peaked at #16 in the UK Singles Chart.

Reilly Fitzalan is a singer/songwriter from the Northern Rivers of New South Wales, Australia. He started playing guitar aged 15 and performed at open mic nights to gain an audience, it's definitely worked and he's a growing talent amongst the folk rock scene, here he is performing for Barn On The Farm Sessions.

Cover: I'm Looking For Someone - Imelda May

Originally by The Crickets (also recognised as Buddy Holly's band), this rockabilly track is covered here by breakthrough artist Imelda May. Released as part of their debut album 'The Chirping Crickets' in 1957, this wasn't one of the most popular tracks, but that didn't mean it wasn't well loved! Short and sweet, I just wish it was longer!

I'm Looking For Someone To Love - Imelda May (link)

I felt it was fitting to celebrate the works of Amy Winehouse, as it was three years ago last week she passed away. Released in Ocotber 2006, 'Rehab' was Amy's highest peaking track (apart from Valerie - a cover of The Zuton's). It's also one of the most recognised songs of hers. Written by Winehouse and produced by Mark Ronson, for her second album 'Back To Black', this song was a big hit in the UK and US, being her first top 10 single in the US.