I aim to go to a 'random gig' every year, to go see a headline act I've not really listened to before. This year I've heard Ben's name mentioned a lot and decided he'd be the artist to go and see! 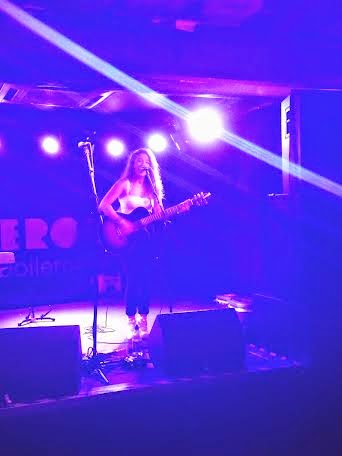 However, first to the stage to support Ben was 18-year old Sarah-Jayne Riedel, her set included stunning and unique covers of 'Angels of Harlem', originally by U2 and Coldplay's 'Yellow'. Both were incredible, I preferred the cover of 'Yellow', mainly because it was a song I knew well and she completely took the original and spun it around, with guitar and strong harsher vocals than the usual melodic, sleepy ballad. Sarah-Jayne's originals are also incredible, all showcasing her strong vocals and range, they were all catchy and got the audience tapping their feet and interested. 'Something New' and 'One In A Million' stood out as brilliant tracks lyrically and musically, 'One In A Million' starts off quite Ben Howardesque with the guitar and grows into a great song, Sarah-Jayne is definitely talented and reminds me of early Shannon Saunders... 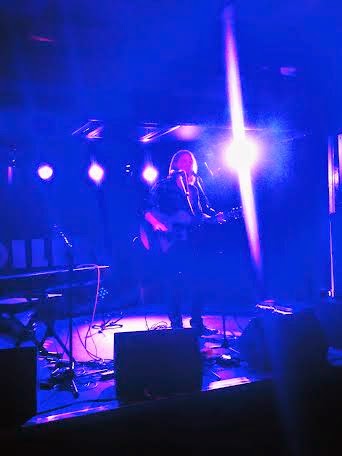 Up next was Charlie Grant, he seemed incredibly nervous, and I later found out he was as he doesn't usually have his own solo set, BUT I thought he did a brilliant set, and had no need to be nervous. Songs that stood out from him were 'Can't Be Friends', which was reminiscent of Newton Faulkner musically but had it's own twist lyrically. 'Pulling Out Fires' was also a great track, with a chilled vibe and really nice guitar, and another highlight for me was 'In Safe Hands', which is pretty much a ballad, it's a honest and lovely track. I really enjoyed his set, and I'm really looking forward to hearing more from him! 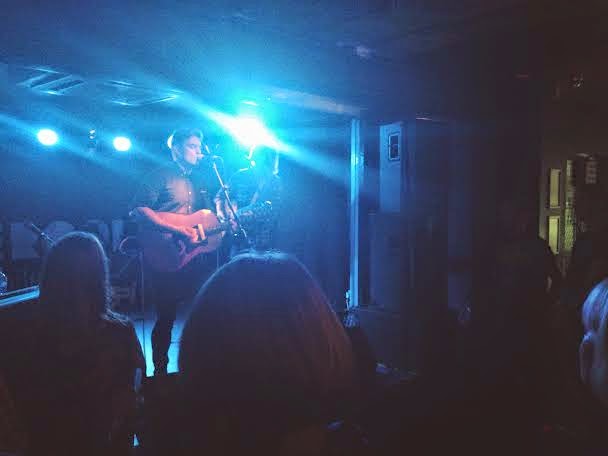 Ben came on stage alongside Charlie as backing and his performances stand out from others I've seen this year. His set started off with 'Another Hard Fall', a song with an upbeat tempo and guitar and smooth vocals. Ben's set included 'Rainy Day', 'Jennifer', 'Haunted', 'My Father Said', 'Wait Of Love', 'Love Like Stars' amongst other originals. All of which, showcased his clear vocals, penmanship and musicality, his vocals were reminiscent of Bryan Adams (and someone else I still can't put my finger on), whilst his guitar playing echoes Ben Howard and Daughter at times. There were upbeat, catchy tracks and there was slower ballad with incredible and well held notes. Ben has a brilliant humour and stage presence which was shown throughout the evening and it created more of a chilled atmosphere for the gig, unlike a lot of gigs, which people stick to the set list and barely interact with the audience. This led Ben to do a couple of covers between his originals, 'Pokerface', 'Use Somebody' and 'Angels', which were all great fun, 'Pokerface' stood out as an unique cover but the rest were just as brilliant.
One thing (amongst many other things) I enjoyed about Ben's set was that the audience got to see him really showcase himself, musically and personally. Musically because he didn't just play guitar, he played piano as well, and he told us a bit about some of the songs, which is always a nice touch. Personally, because throughout the evening his personality shone across, with jokes and interactions allowing the audience to choose if he did a cover or an original and he stayed around at the end to meet people.

Overall, a really enjoyable evening, and all the artists are incredibly talented and worth keeping your eyes and ears peeled for!