I headed through the Underground during the buzz of rush hour towards Shepherd's Bush. Which is now in my top three venues, it was pretty easy to get to and didn't take too long. We didn't have to queue too far from the venue, and the line went down very quickly, which is always a plus!

The selection of merch was strong, with plenty of Lewis Watson t-shirts, a beanie, EPs, an Amber Run t-shirt and poster and Andreas Moe EPs. All reasonably priced as well, so I treated myself to a new Lewis t-shirt.

I found a decent spot in the standing area, with a clear view and it wasn't too crowded either (until later on when I had a couple of tall people stand in front of me - I'm quite short... the view ended up being a little less clear than before...) 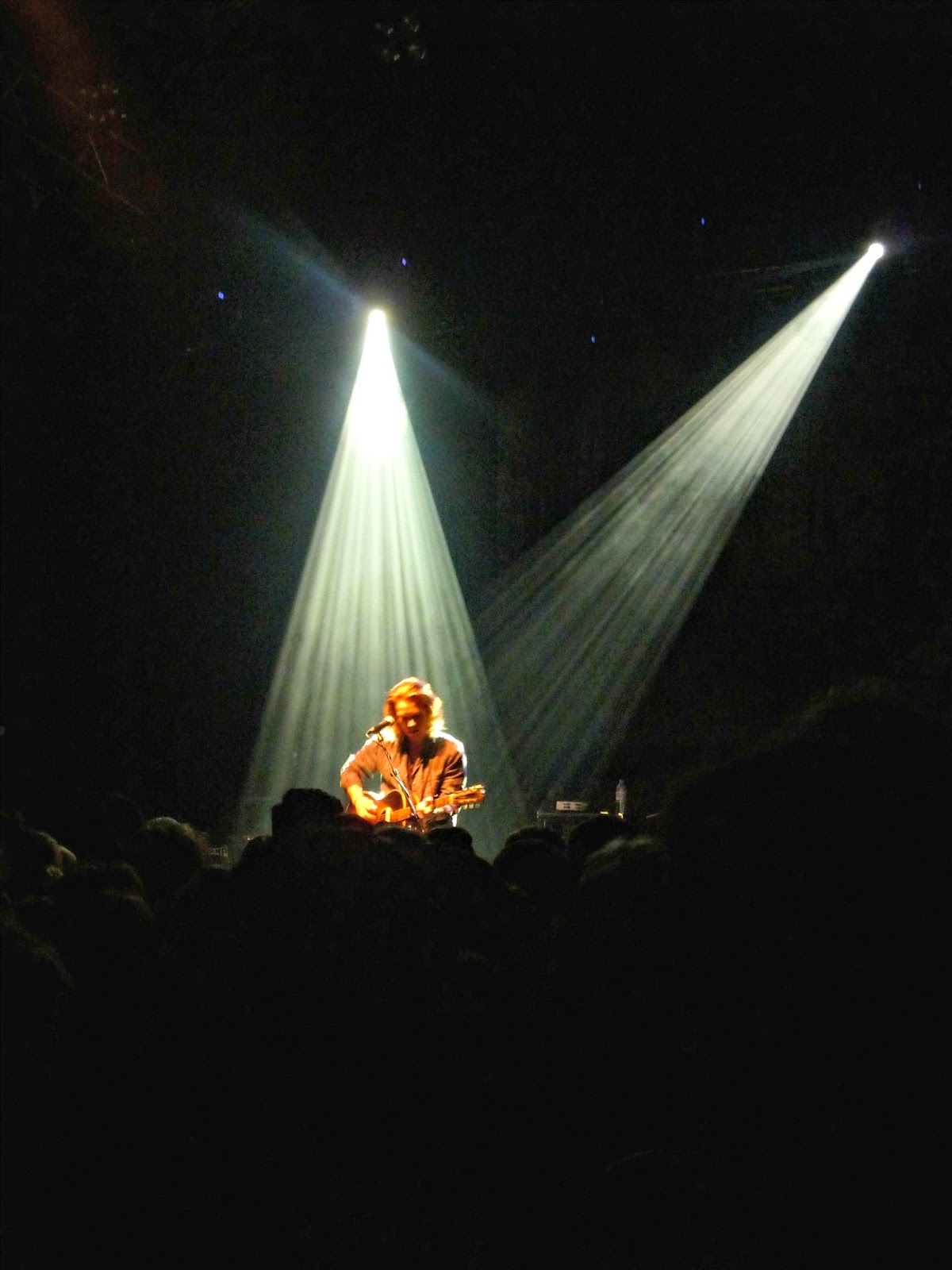 Andreas Moe started the evening off with a chilled solo set. The last time I saw him was supporting Gabrielle Aplin at Koko in 2013, with a band, so it was great to see him stripped back with a guitar and a stomp box.
His set was comprised of old and new tracks, he started with slower songs with a chilled vibe, focusing on guitar and brilliant vocals. There was one song, which unfortunately I don't know the name of, that had a stunning guitar intro and great beat to it, which was a highlight of his set. He then played 'Ocean', the title track from his latest EP, more upbeat than the others previous to it, the audience got involved with this one and Andreas toyed with varying volumes throughout the track.
He then played a new track 'Step Down For Me', which started with stunning guitar and got the crowd clapping again. Andreas finished with my favourite song of his, 'This Year', the title track from his second EP. He allowed the track to grow throughout and the audience enjoyed this one, joining in with the lyrics and clapping along. A great and memorable track to finish on. 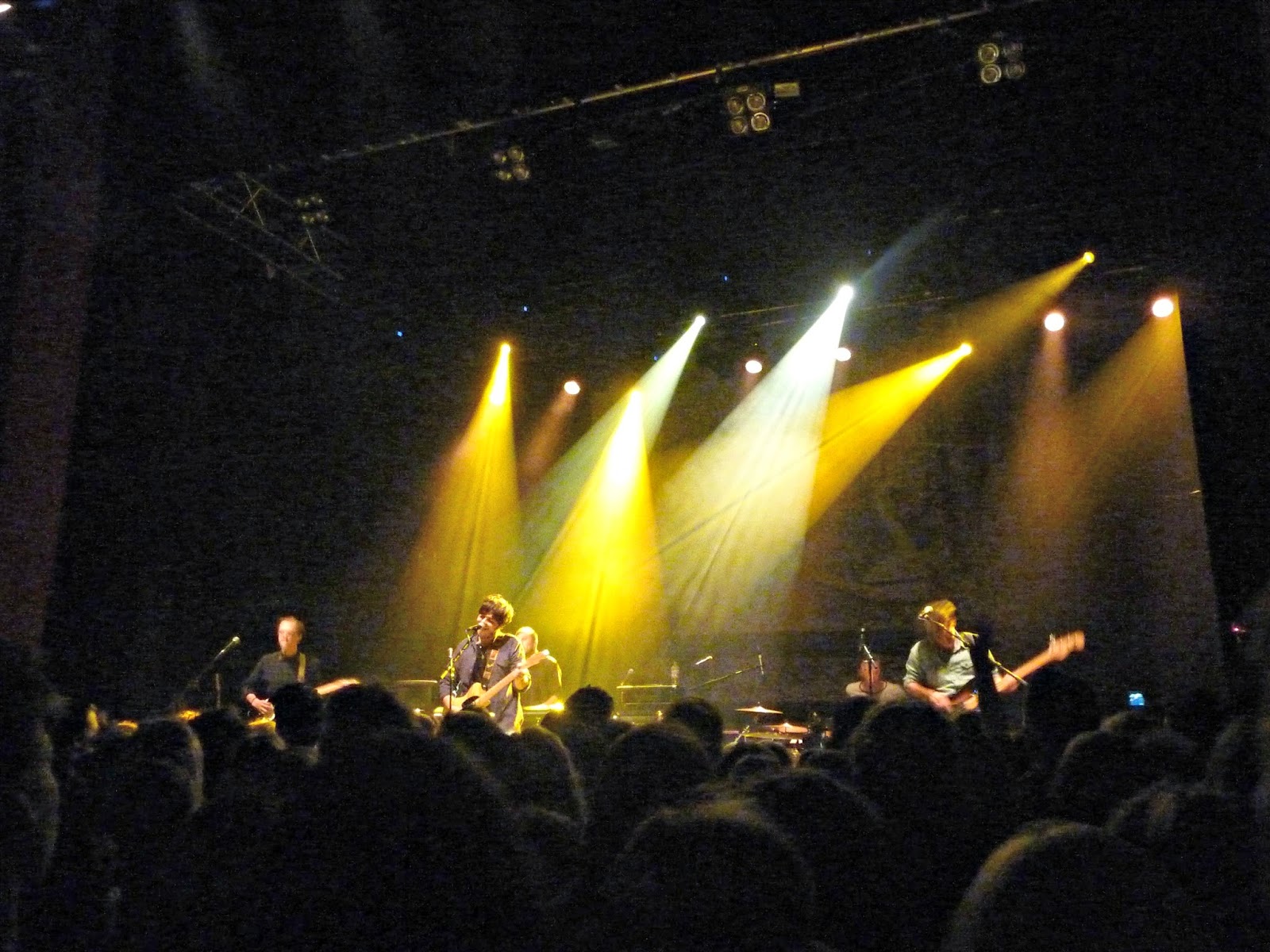 Amber Run were the other support for the evening. I had only heard one of their songs prior to the gig, 'I Found', which is the track they started their set with. It was incredibly atmospheric and the beat and synth finished the track off perfectly. 'Pilot' was next in their set list, I really enjoyed the drum beat forcing everyone to move and clap along. This track reminded me a little of Keane, vocally and instrumentally with the guitars. They then performed 'Hurricane' and a new track, both had strong guitar riffs and beats they played with tempo and volume in each, which added to the overall sound. They finished their set off with a couple of songs including 'Noah' and 'Spark', all of which were made of strong beats, guitar riffs, brilliant lyrics, vocals and builds and diminishing volumes.

During the wait (that was bordering too long) for Lewis, I calmed down after two girls claiming they loved the support acts but sang songs by completely different artists and messed around throughout their sets moved further forward. 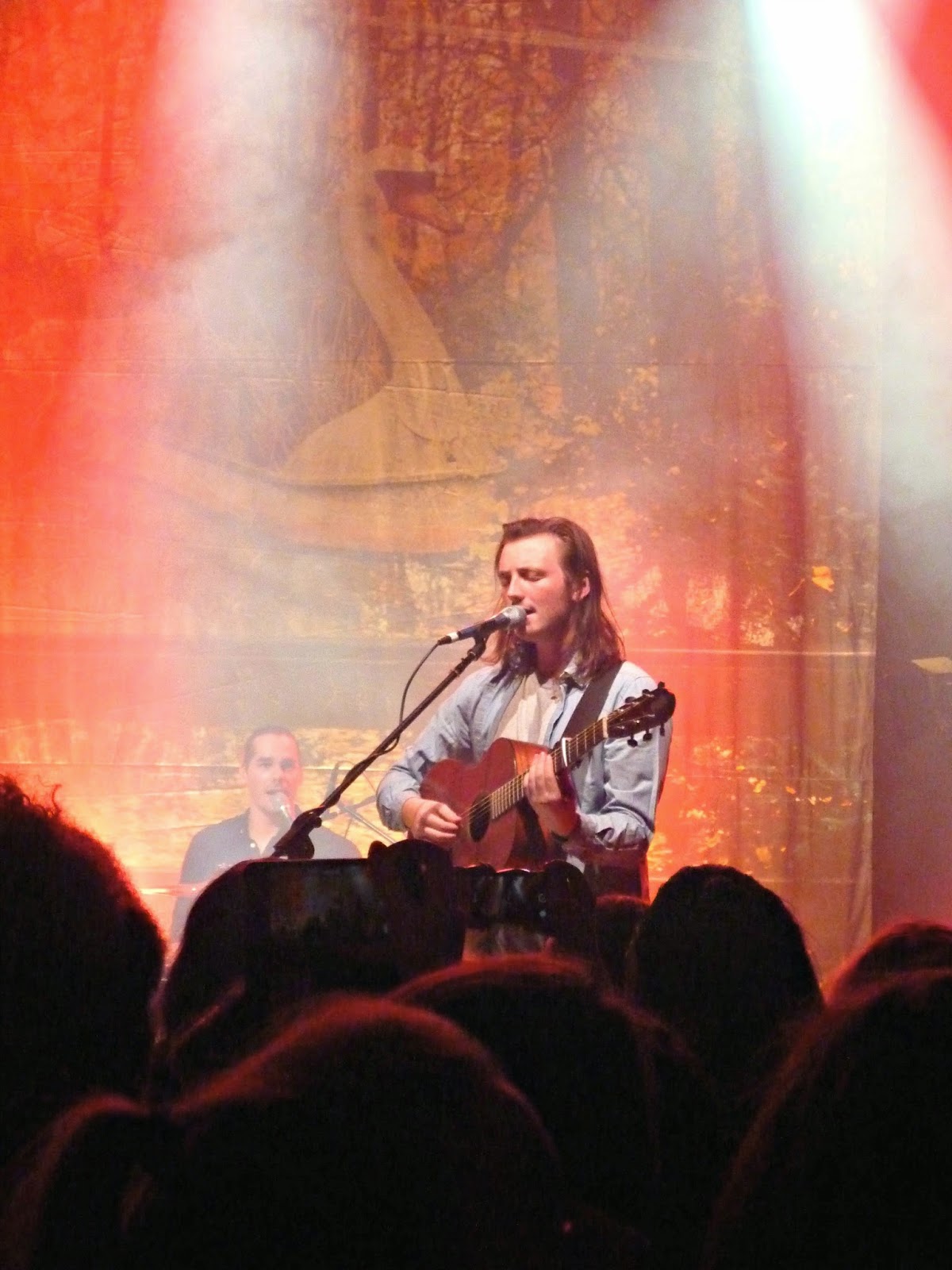 Lewis' band (Adam, Austen and Rokhsan - who are all brilliant musicians too) began the eerie intro to 'Stones Around The Sun', one of my favourite songs by the 21 year old singer-songwriter. It's a track that grows and was a great way to start the set off. He then played 'Holding On' and 'Sink or Swim', both were exceptional. 'LA Song' was next, a demo from his debut album, the intro vocals and guitar build into an atmospheric track with stunning harmonies and a rockier finish. Lewis sang two older tracks, 'What About Today?' and 'Windows', the crowd sang along and seemed to enjoy. Rokhsan joined Lewis for a cover of 'The Peaks' and a stripped back performance of 'Halo', which is a lump in the throat and wipe the tears kind of track, beautiful and stunning.
Lewis went on to play 'Stay', 'Nothing At All' and 'Ghost', all we brilliant. After that came a strong performance of 'Outgrow', with his brother and sister joining in from the balcony, which added so much more meaning. He finished with 'Castle Street', 'Into The Wild' and a new one - which I think is called 'End of the World. All three got the crowd clapping and singing back to him.
Then there was the encore - out of this world! He came into the standing area and sang 'Made Up Love Song #43' unplugged. Absolutely fantastic!

Overall, it was a brilliant night, full of amazing music from extraordinary musicians. Definitely suggest going to see all of them live - you won't be disappointed! 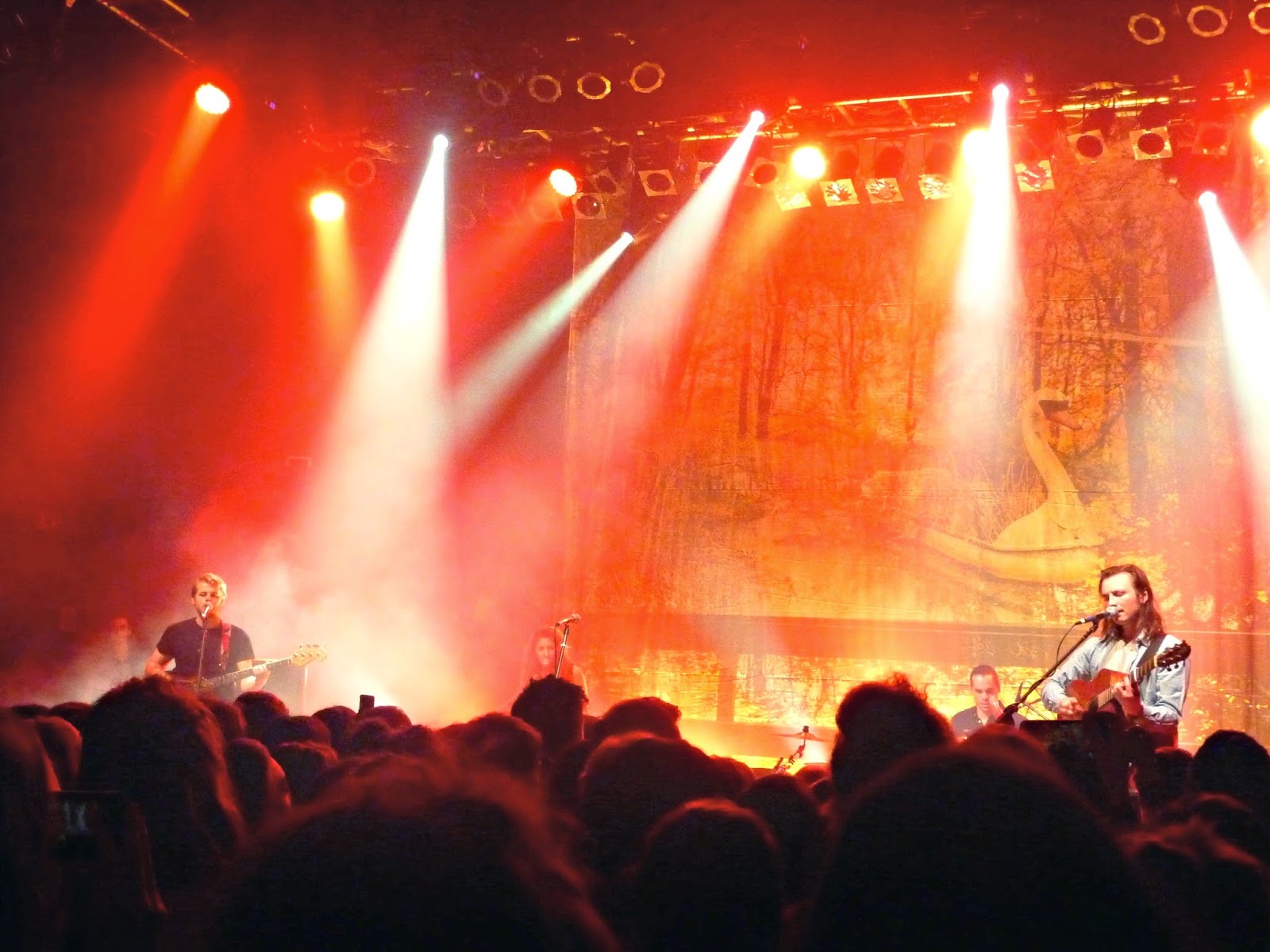