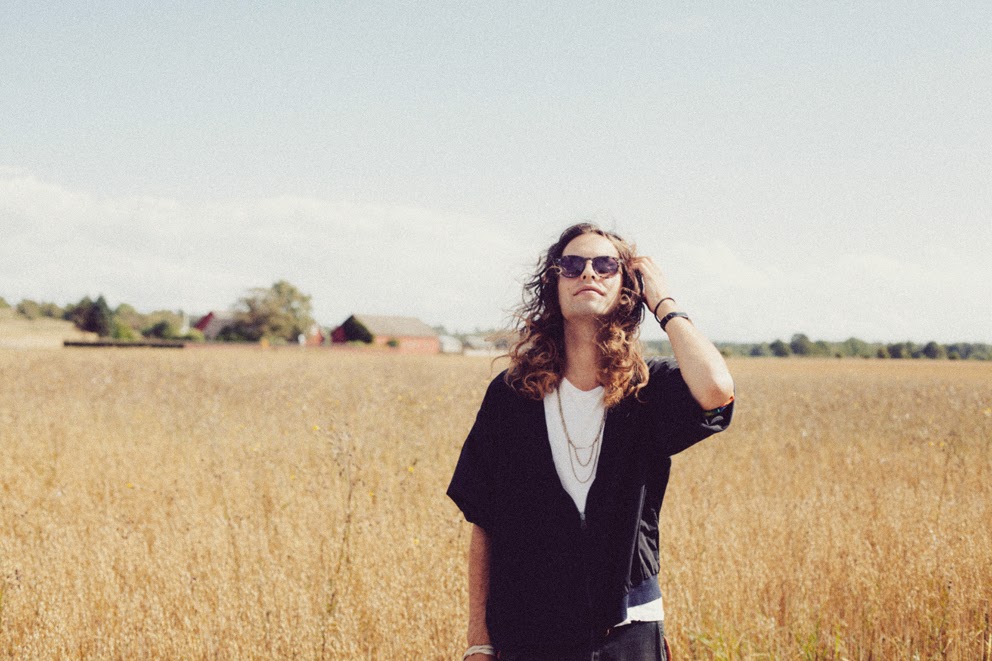 Summer Heart is a Swedish lo fi/chill wave/dream pop producer and musician. His new single 'Sleep' is out on 20th November. He's also got a new album expected early next year and another big tour rumoured for next year too. This is an act to be looking out for in 2015!

2. What is the most inspiring gig/concert/festival you've been to?
Oh. I've been to so many. I saw Crystal Castles last year. That was probably one of the best shows I've ever been to.

1. How did the name 'Summer Heart' come about?
From the beginning I used the name Sommarhjarta since I found that word beautiful. After gaining some international attention I decided to change to the English equivalent Summer Heart.

2. Do you find there is a time in the dat when you're most creative = why/why not?
I am often coming up with ideas before noon when my mind is clear and I can think straight. Then I usually develop those ideas into something during afternoon and night.

3. What process did you go through producing and creating 'Sleep'?
I started making up the song in my head as I was leaving London really early in the morning a couple of months ago. I hadn't slept all night and I knew that I had to stay awake for another couple of hours. I found a pencil and a piece of paper and started jotting down some words, which later became the lyrics. After I had slept for a couple of hours I sat down with a guitar and started creating a melody and some chord progressions. It all came together pretty quickly. It was one of those processes where things just flow and you're not really aware of what you're actually doing.

If you could go to the moon, what song would you play first and why?
Before I left you mean? Hard one. Something from Interpol's Turn on the Bright Lights probably.

This tracks sends you back to Summer, with a chilled atmospheric feel. Summer Heart brings in a catchy beat and the song shows his skill as a lyricist too. He doesn't really compare to anyone either and as far as I'm concerned, possibly Fun, vocally but pumped up a bit, that's definitely a good thing, this makes him stand out from the crowd with his enchanting music. Beautiful and I'm looking forward to hearing more from him in the next year and longer afterwards!

Chart: Wake Me Up - Gareth Malone's All Star Choir

This song made it to #1 in the Singles Chart on 16th November as the official Children in Need single for 2014. The cover of Avicii's track features Margaret Alphonsi, Jo Brand, Radzi Chinyanganya, John Craven, Mel Giedroyc, Nitin Ganatra, Larry Lamb,Alice Levine, Fabrice Muamba, Craig Revel Horwood, Linda Robson and Alison Steadman and a children's choir, funded by Children in Need.

Wake Me Up - Gareth Malone's All Stair Choir (link)

This band from Pontypridd have had their fair share of live shows, including playing the BBC Introducing Stages at Reading & Leeds Festivals. They've been in the studio recently to record an album's worth of material for their next major release, which after two EPs, hopefully won't be too far away!

The original 'All About That Bass' by Meghan Trainor became #1 all over the world and is stuck in the heads of people all around too. However, here's Avi (Pentatonix) singing a brilliant cover of the song, in bass. Enjoy!

Soundcloud: A Scene In Between - Honeymilk

Honeymilk are a Swedish-based indie-rock act made of Marcus, Nikki and Erik. They've only been together for a couple of years, but this is their second single taken from their upcoming EP 'Sanguine Skies'. It's a great song layered with drums, electric guitars and a solid melody... Enjoy! They're also going on tour...

A Scene In Between - Honeymilk (link)

Thanks for reading and let me know what you think of the music in this week's feature!