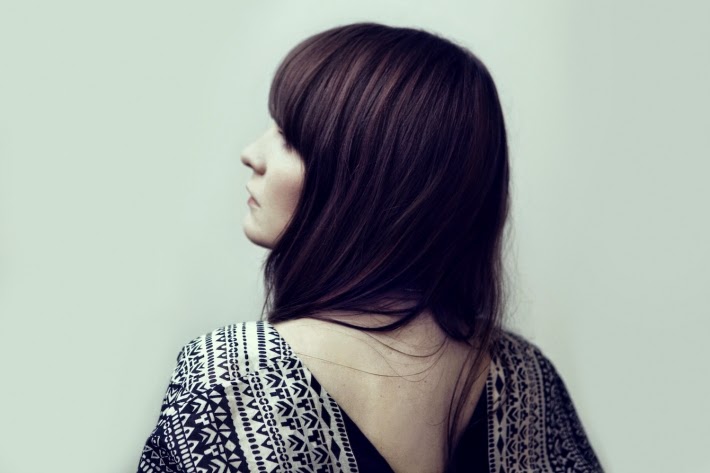 Jennie Abrahamson spent a few years finding her musical ground in different bands and touring as a musician with other artists, but has now decided to go solo. Since her last album 'The Sound of Your Beating Heart', she has been touring Europe with her own music and as part of Ane Brun's band. Most recently Jennie has supported and sung alongside Peter Gabriel as well as being nominated as the Swedish Pop Artist of the Year at the Gaffa Awards. She now arrives with her first official UK single release 'The War', with her forthcoming album 'Gemini Gemini' on its way soon!

1. How old were you when you started getting involved in music and how?
I was born into a musical family and had music around all the time as a child, so it was just a natural thing. I never thought of music as being an optional career choice, not because it was forced upon me in any way but it was so natural to me. Music was what I was. I nagged my parents to get piano lessons and started my classical training at 5 years of age, and then I started bands in my teens, and on it went.

2. What is the most inspiring gig/concert/festival you've been to?
Oh, hard to say! I guess different things inspire in different ways at different times. Being taken to my first really big show by my older sister when I was a kid - we saw the U2 Zoo TV Tour - was really something. Up until that day, I didn't know a musical show could be all that. And then, in a state of being quite tired of the music business and questioning my career choice, I saw two gigs within a week that completely swept me off my feet and reminded me why I'm in this - the MUSIC. The first was a festival gig with Björk and her Icelandic choir and percussionist Manuel Delago, the second was The Manganiyar Seduction, an incredible show with 43 Indian muslim musicians that played Womad UK.

3. Who have you been listening to lately?
I've listened a lot to the latest The War on Drugs album, it was really the number 1 on my 2014 top list. Also quite a lot of Blood Orange and Arcade Fire. And Swedish colleagues of course, Jonathan Johansson, especially worth mentioning.

1. Name your favourite venue that you've performed in and why?
In Stockholm there's a beautiful venue right by the amusement park called Cirkus. I like it because it's a pretty big venue but it feels intimate, and has some sort of magic to it. Also; I got to play Red Rocks amphitheatre up in the mountains outside of Denver Colorado when supporting Peter Gabriel in 2012. That was maybe the coolest venue I've seen.

2. What inspires your lyrics and who influences you musically?
I remember using the catchphrase fine music/good books/bad people, and it's still not too far off from the truth. I think I write about whatever is on my heart at the time, or things that are happening around me - big or small. I'm very influenced by all the music my big sister played me as a child - like Eurythmics or Peter Gabriel, I still think in a bit of an '80s way when I produce music (big sounds, few layers). Then of course, I've picked up a lot of different influences along the way to adulthood and onwards, going through different musical phases. But I always come back to the '80s.

3. What process did you go through creating 'The War'?
'The War' was actually the first song written for the album. I was filled with ideas around this lyrical theme after taking some classes in gender science and feminism at the university, and starting up a period of writing I need to make sure, first and foremost, that I have fun. I kind of need to find my way back to that childish attitude towards creating - that it's playful. So, I started out with playing around with a drum beat, and then wrote the whole song over that, melody and lyrics. After that I added strings and bass, and that was it. What ended up on the album sounds pretty much like my first demo of it, just that we replaced my software sound with real instruments.

1. A lyric/quote you live by?
It changes over time. But at a time when I was questioning if a music career really was a wise choice, I heard Jim Carey - of all people! - holding a commencement speech to a bunch of graduates. The bottom line was 'You can fail at what you don't want to do, so why not take a change of doing what you love'. That's something I've kept in mind since then.

This single is incredibly ethereal and atmospheric and I particularly like the underlaying beat throughout, which almost has a tribal feel to it. The synths also add to the track, alongside the layered vocals and as the song goes along, the layers of sounds build and the track ends with nearly haunting vocals. This track reminds me of St. Vincent, Lykke Li and Bjork and I'd definitely put Jennie up there in one of my favourite artists of this year so far and I'm now super excited for her forthcoming album!

Released on 24th January (2015), 'FourFiveSeconds' is a song recorded by singer Rihanna, rapper Kanye West and musician Paul McCartney. It is the lead single from Rihanna's upcoming eighth studio album and comes after a previous collab between Kanye and Paul, 'Only One'. 'FourFiveSeconds' is a pop song but with strong country and folk influences and is doing well in the UK Singles Chart, peaking at #5.

If you've heard of Grimes, the Canadian producer, artist, musician, singer/songwriter AND music video director, you've probably heard of her via her single 'Oblivion', which is one of her most successful releases to date, however this song came before and was the first single from Grimes' third studio album, 'Visions', which if you haven't listened to, really is worth it! 'Genesis' was released back in January 2012 and is still one of my favourite songs of hers now and I feel this live performance really does it justice, it's a long worth but totally worth watching and listening to! I promise!

'Problem' was a huge hit for Ariana Grande and Iggy Azalea, considering it was a Top 10 single in loads of countries, as well as #1 in the UK Singles Chart and #2 in the US Billboard Hot 100. Here is Hozier, one of my favourite artists of 2014, covering it for the live lounge last week and boy does he cover it! Not only does he rock it up a little, he adds his Hozier stamp on the track with his live set up and a pretty nifty guitar solo and instrumental section in the middle... Enjoy!

Classic: That'll Be The Day - Buddy Holly & The Crickets

Today is known as 'The Day The Music Died' and as Buddy Holly was a huge part of my soundtrack to growing up, I felt it was unfair not to give a nod to him today. Of course, it wasn't only Buddy Holly that died in the plane crash, Ritchie Valens, J.P. 'The Big Bopper' Richardson and the pilot, Roger Peterson were also killed. I feel it's important to remember that Buddy Holly was 22, The Big Bopper was 28 and Ritchie was only 17, they all offered so much to the world of music at such a young age, luckily enough for their music to live on throughout the years. 'That'll Be The Day' was a huge hit, becoming #1 in the US Billboard Hot 100 and #1 in the UK Singles Chart. But there's only so much that can live on and unfortunately, 55 years ago today, will always be known as the day the music died.

That'll Be The Day - Buddy Holly & The Crickets (link)

Music In Time Blog aims to better itself this year and focus on exciting new projects that are on the horizon. It would be great if you could click and complete the survey at this link: https://www.surveymonkey.com/s/XKCVBTC