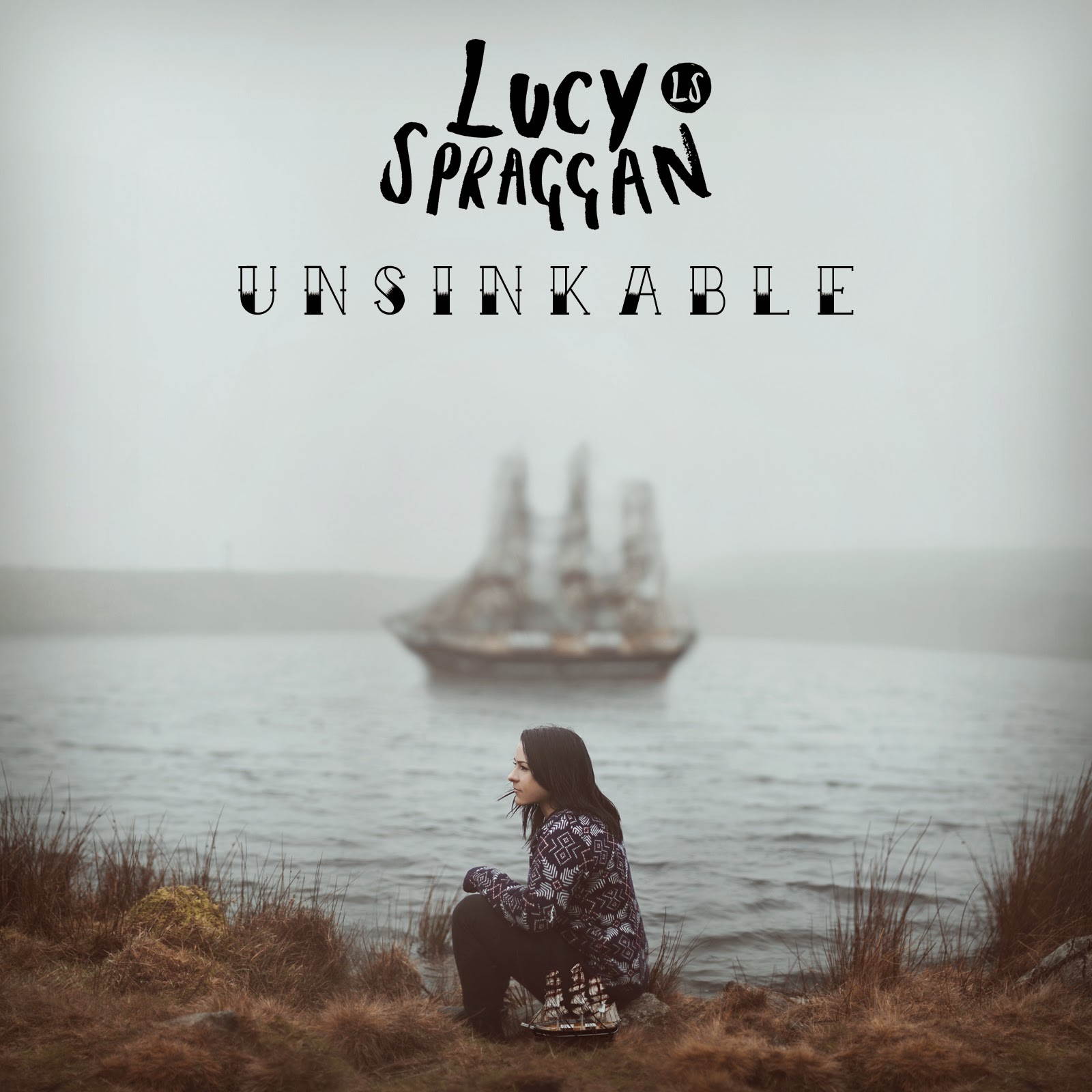 Lucy Spraggan is an acoustic folk-pop singer/songwriter and returns this year with her first single 'Unsinkable' from her third album 'We Are' as well as a full UK and Ireland tour. After being a part of X Factor in 2012, Lucy's single 'Last Night' reached #1 in the UK Singles Chart and her second album 'Join The Club' reached #7 in the UK Albums Chart. She has recently toured the UK as part of the Young Voices Tour, performing five nights at London's O2 Arena, along with five small UK headline dates (which sold out in 9 minutes). 23-year-old Lucy is now getting ready to release her new music, recorded in London and featuring 12 tracks, it's a good 'un!

1. How old were you when you started getting involved in music and how?
I was 10 when I got my first guitar, my Mum bought it from a charity shop and I loved it. My brother was great at the guitar and I suppose I always wanted to be as good as my brother. He's still far better at the guitar than me. Songwriting came next, and it was like writing a diary for me.

2. What is the most inspiring gig/concert/festival you've been to?
I saw Sting and The Philharmonic Orchestra in New Orleans in 2010. It was the most breathtaking and flawless performance I'd ever seen. I cried all the way through.

3. Who have you been listening to lately?
At the moment I love Andrew Duhon, Watsky and George The Poet.

1. What three countries would you most like to tour and why?
America - I love America, I always have. The music that comes from there is good for the soul!
Australia - I have never been but have met a lot of Australians; safe to say I loved them all.
Germany - I've heard the songwriting scene in Germany is incredible, I'd love to go and see for myself.

2. Who influences you musically and what inspires your lyrics?
I think all music you listen to has some kind of impact on what you write. I hear songs on the radio and if I love the sound I'll find out who they are and listen to their record, it's great to take bits and pieces sonically from things you like.
Lyrically, it could be anything at all. I wrote a song about a super hero whose alter ego was a chav... So I suppose it's whatever pops into my head!

3. What process did you go through creating 'Unsinkable'?
I got the idea for 'Unsinkable' while walking to a writing session. It started spitting and I thought about how easy it is to feel like the water is gathering around you, I thought 'we are unsinkable'. I walked into the session and we went from there, the lyrics are very personal to me.

If you were to open a venue, where would it be and what would the opening event be?
I think it would be up north, probably Manchester, I would have ate from all over the country who wanted to show case their original music, no covers, no pretentiousness!

'We Are' (album) Review:
There isn't one song on Lucy's new album that I dislike; I can listen to it for a fair few hours without needing to press the skip button, that is some feat.
The album starts with '23', a steady intro that builds into a track full of guitar, drums and strong vocals, slowing down to a stripped back section allowing the listener to focus on the lyrics. Upbeat track 'London Bound' comes next, can imagine this one being great live, with moments set for audiences to sing along and clapping, and seems very folk inspired. The first single from the album 'Unsinkable' slowly layers up to become an emotive and powerful track, both musically and lyrically, that would get everyone singing - or at least humming- along.
'In This Church' is another upbeat song, with elements of rock intertwined with layers of a bass drum beat that will get your foot stomping and guitars underlining Lucy's vocals. My favourite song from the album is probably 'The Postman', it offers a hopeful tune, but tells a sad story. This is one of those songs that highlights Lucy's skill at writing not just great songs, but specifically brilliant story-telling lyrics. I also enjoy the added sounds of pencil scribbles rain and thunder; if you liked 'Tea and Toast' this will be a song for you.
'I Don't Know' and 'Broken Bones' are upbeat, catchy songs, both with cleverly written lyrics and layered melodies and vocals. 'IOU' is also incredibly upbeat, fast and catchy, however, it cuts to stripped back moments and then Caribbean infused sections. As the album comes to a close, the last few songs start becoming slower; 'Coming Down' is incredibly stripped back, with honest lyrics and showing Lucy's range, which is often unfortunately overlooked by her rap-like tone in vocals. The piano and strings in this song offer a vulnerable side to Lucy and her music. 'Until I've Lived My Life' summarises Lucy's music the best I feel, mixing fast-paced intertwined with stripped back moments, whilst these back honest lyrics and strong vocals. 'Uninspired' and 'Paper Cuts' finish the album on a melancholy note. With emotive words, piano and strings, both these songs are stunning musically. 'Paper Cuts' stands out in a similar way to 'The Postman', a story told, showcasing Lucy's talent to group together a string of words and make them into subtly captivating stories.
Yet another brilliant album from Lucy and all songs I can imagine being amazing live, either to get the audience singing, clapping and dancing along, or to make them silent in awe of her ability to write wonderful music.

This song is by American rapper Wiz Khalifa and American singer/songwriter Charlie Puth, contributing songwriting, vocals and piano throughout the song. It's featured in 'Furious 7', as a final tribute to Paul Walker, who died in a car crash in November 2013. The song holds the record for most-streamed track in a single day on Spotify, as well as the record for most streams in a single week in 26 countries; it's a huge international success, reaching #1 in 17 countries around the world.

Fickle Friends are a British five-piece, 80's new wave pop band. Natti, Sam, Harry, Chris and Jack come from Brighton but are now branching out to people's ears all over the country via their UK Tour (tickets), as well as around the world, I'm sure. They've released four singles, 'Play' was their second - and one of my favourites - but they've recently released 'Could Be Wrong', which is just as great!

Cover: Inside Out - Justin Vernon

Justin is best known as the frontman of indie folk band, Bon Iver, however he is also a member of Volcano Choir, The Shouting Matches and Gayngs. Recently, he's been focusing on his producing, namely The Staves' 'If I Was' album. Here he is covering American indie rock band Spoon's 'Inside Out', the original can be found on their eight studio album 'They Want My Soul', which was released last year.

Inside Out - Justin Vernon (link)

This is the single from Vicktor Taiwò's debut EP 'Juno', due to be released digitally on 16th June (2015). The EP follows the release of 'Digital Kids' and 'Paradise Island' last year, both of which are on the EP, all five tracks form his forthcoming release are brilliant and has a cinematic feel to it, you can tell Vicktor is a visual person. Beautifully written.