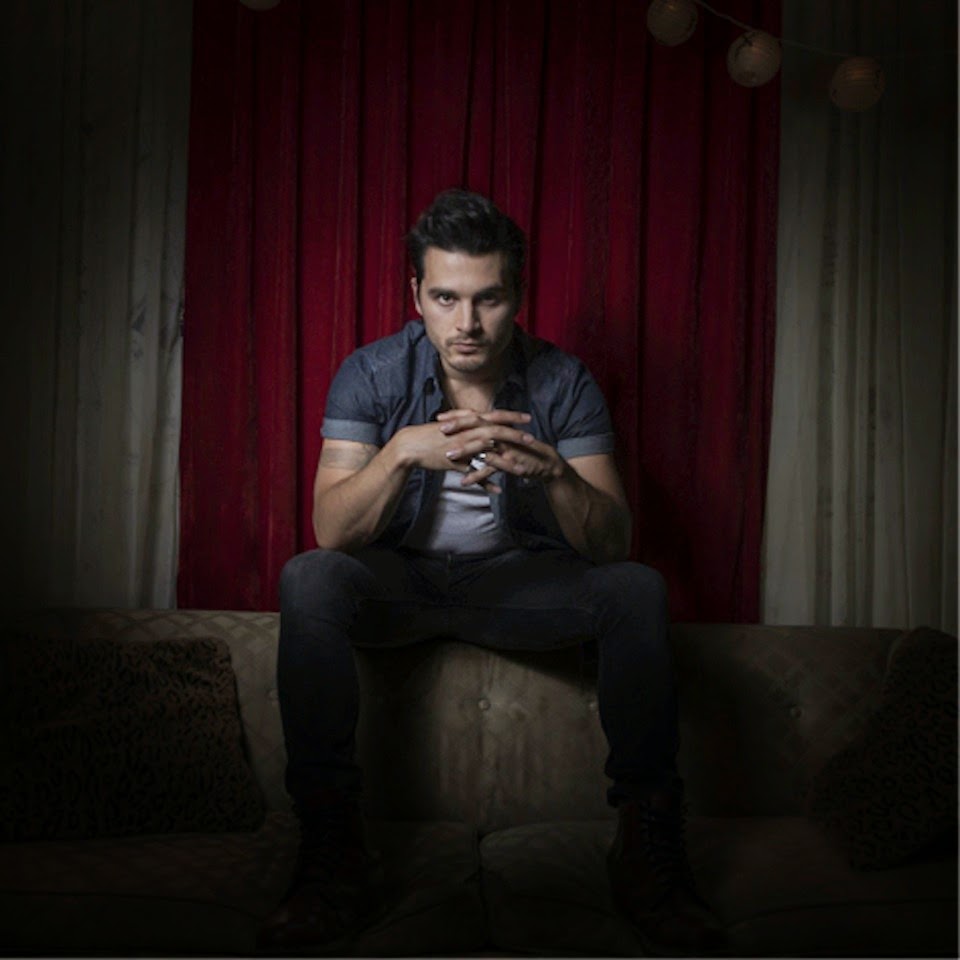 Born in Beirut, Lebanon, raised in Yellow Springs, Ohio and trained at LAMDA in London, Michael Malarkey is an Atlanta-based musician and actor; his versatile talent has seen him commend both stage and screen. Well known for playing Enzo in Vampire Diaries, his acting career is aggressively in the assent, he is now set on winning over audiences in both music and acting arenas. Having recently released his debut EP 'Feed The Flames' and played to his first sold-out London show at Wilton' Music Hall. He's now back for his second show in the UK, this time at Hoxton Square Bar & Kitchen.

1. How old were you when you started getting involved in music and how?
It was just after I graduated from high school. I was watching a school showcase with my friend Jesse Thomas and there were these kids a few years younger than us who had started a punk band and were playing some of their songs. It inspired us to start our own band, although neither of us could play any musical instruments at the time. Jesse decided he wanted to play the drums and I decided I wanted to sing. We recruited a couple other friends who could actually play their instruments and we just made it up as we went along. At our first practise, we wrote our first song - I believe it was called 'The Birds' - and that was the first time Jesse had ever played the drums and I that I had ever sang outside the shower.
I joined another local screamo band called Shadyside a few years later and we ended up playing together for about five years. We toured a lot around the midwest and cut our album 'Later In The Past' in Nashville, before I decided to move to London to pursue my acting career.

2. What is the most inspiring gig/concert/festival you've been to?
Leonard Cohen at the O2 in London a couple years ago. Never has a massive arena felt so intimate. He's been a huge inspiration to my songwriting over the years, but especially recently. I think I had tears in my eyes for most of the show.

3. Who have you been listening to lately?
I go through phases. I'm actually listening to a lot of heavy music at the moment. There's this band Code Orange that put out a beast of a record last year called 'I Am King'. So brutal. I'm also one of Rdio's influencers and make a playlist for them comprised of a lost of my favourite artists. Check them out!

1. For people that have not heard your music, how would you describe your sound in five words?
Raw, questing, autumnal, melancholic, folk.

2. What are your top three career highlights so far and why?
My big break was playing the lead roles in a double bill of Spring Storm by Tennessee Williams and Beyond The Horizon by Eugene O'Neill, which ended up transferring to the National Theatre in London. Talk about being thrown into the fire! It was a huge learning experience for me.
Secondly, being cast as Enzo in The Vampire Diaries. I was a little intimidated by the medium of film and TV at the time - as I had done predominantly theatre beforehand - but it's now become very second nature to me since the show has such a quick turnaround.
As far as the music goes, gig in London last January at Wilton's Music Hall to a packed house, was a very special experience, partly because it was the first time I got to play my own songs with a full band live, but also because the venue has such a rich history and magical aura about it.

3. What was your songwriting process for 'Through The Night And Back Again' and did it follow your usual process?
Yes, it was initially the same. Though when we got into the studio we decided we wanted to muck about with the dynamics and add another chorus and so we ended cutting a verse. That was hard. It was actually the first time I've ever gone back to a song and changed it as I'm usually very happy with the final product. I think we felt that it was a little bit too long and same-y it's a three-chord pony, at the end of the day, although The Ramones taught me that you can do a helluva lot with three-chords. I'd actually love to put out a lo-fi Demo's Album one day. If I do, I'll stick the old version on there and you can hear the lost verse.

If you could invent a chocolate bar, what would you call it and what would it be made of?
The Malarkey Bar of course. I reckon it would be comprised of Hazelnut & Chocolate Stout. Has there ever been an alcoholic chocolate bar? If not, the world is missing a trick...

The five track EP opens with the first single from the release, 'Through The Night and Back Again'. It holds a lovely melody and tone and highlights Michael's country and folk infused vocals as he sings his picturesque lyrics. 'Feed The Flames' is next and starts simpler, just guitar and vocals, this song resembles a lullaby or campfire song and I'm sure it would leave a venue silent, focusing on Michael's talent, this is a stunning song and I think it's my favourite from the EP, with layered vocals, guitars and strings, perfection. The upbeat and intense track 'Everything's Burned', this has a haunting quality to it and would fit as a villain's song in a kids film. This song would be brilliant fun live and I'm sure opens a lot of audience participation. 'Lost and Sound' offers a beautiful guitar intro, with a heavy folk sound throughout and honest lyrics from Michael this is another poetically written song, both musically and lyrically. The EP finishes with 'The Bells Still Ring', another honest and heartfelt song, with stunning guitar intertwined with Michael's words and vocals.
This EP's track list is in the perfect order to listen all through and hear the spectrum of Michael's music, as well as his influences and is a brilliant debut EP, looking forward to hearing more music from him in the future!