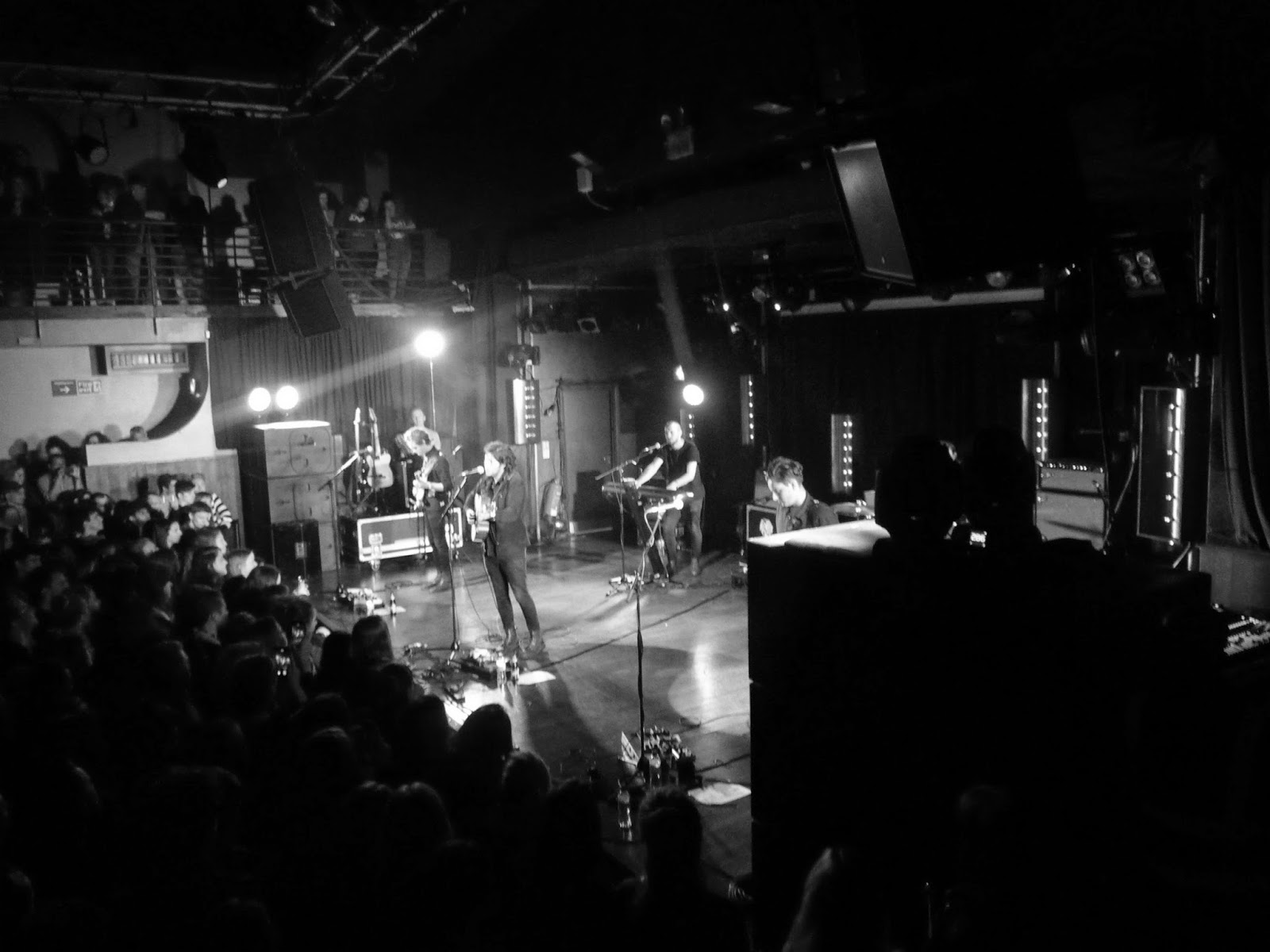 The travel up to London on Wednesday wasn’t too bad, we got to the venue with time to spare before doors opened, the queue was fairly long already at 7.15pm and we were let in promptly at 7.30pm. The venue was difficult to navigate due to lack of signs and security could have done what they had to do in a different way and at the end of the gig; security whilst running to control the end of gig surge knocked a few people, which I didn’t think was too great.
However, onwards and upwards to the music, we found a good spot, and I have to say the layout once in the auditorium of Scala is brilliant for getting a good view and sound from anywhere in the venue. 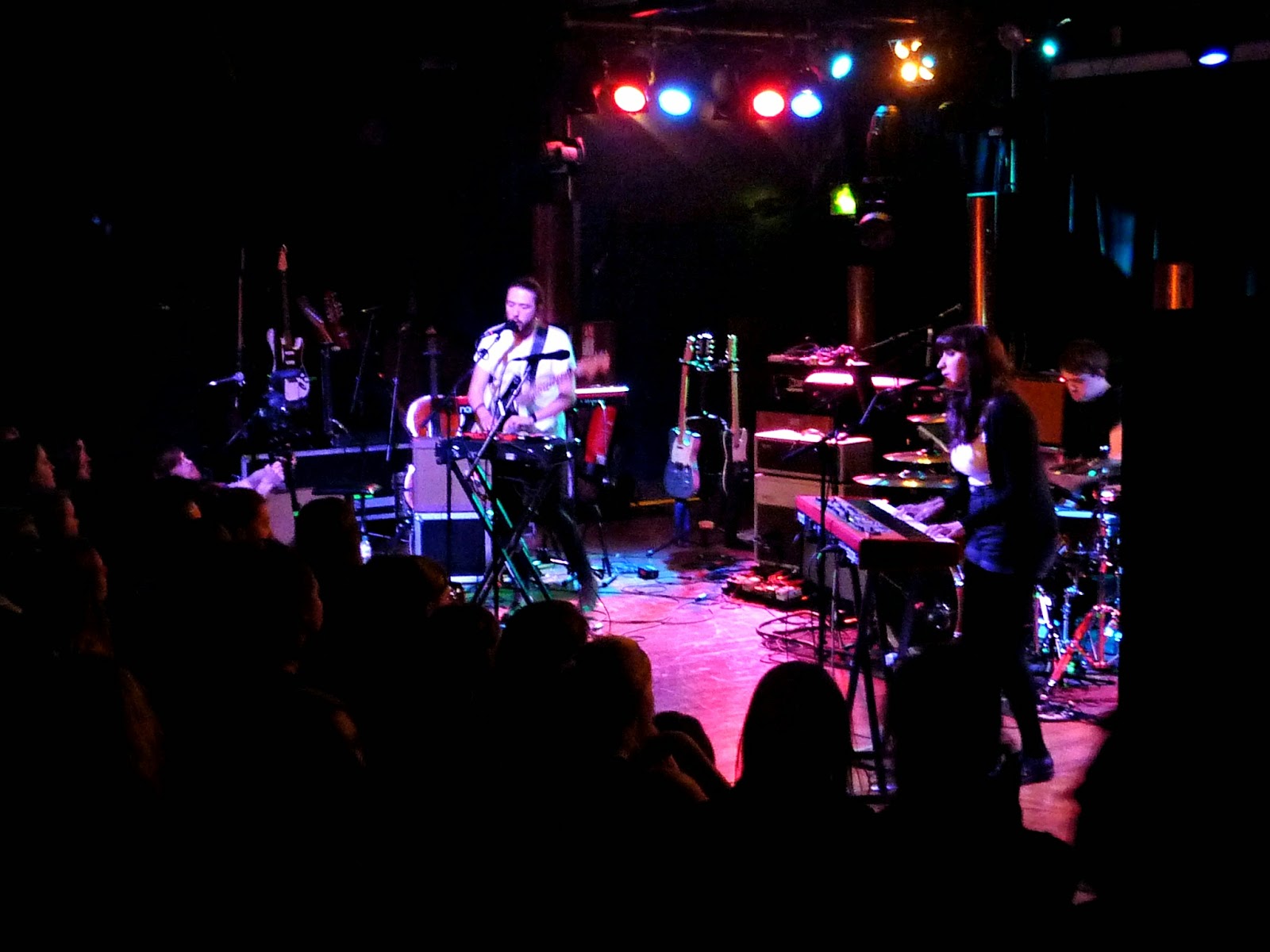 Meadowlark were the first support and I’ve been waiting to see these guys live since they formed two years ago. I wasn’t disappointed. They opened their set with ‘Eyes Wide’, one of my favourite songs by them. The percussion, guitar and keys with vocals just fit so well together and with some of the audience joining in with the chorus it set up the perfect atmosphere. A reworked ‘I’ve Got You’ came next, the crowd welcomed the song from their first EP ‘Three Six Five’, the upbeat song with deep and honest lyrics was a pleasant addition to their mainly second EP led set. They also performed a new song ‘Body Lose’; with a slow start it grows into a great song. Kate was left on stage to perform ‘Little Boxes’ solo, a stunning song about a friend who went through a tough time after coming out, it left the crowd silent. ‘Fire’ followed on from ‘Little Boxes’ really well, with Daniel and their drummer back on stage, the guitar from Dan and with Kate’s vocals over the top creates a powerful performance. They closed their set by getting everyone to sing along to the harmony led chorus of ‘Fly’. A brilliant ending to a brilliant set, the only negative; the set wasn’t long enough. 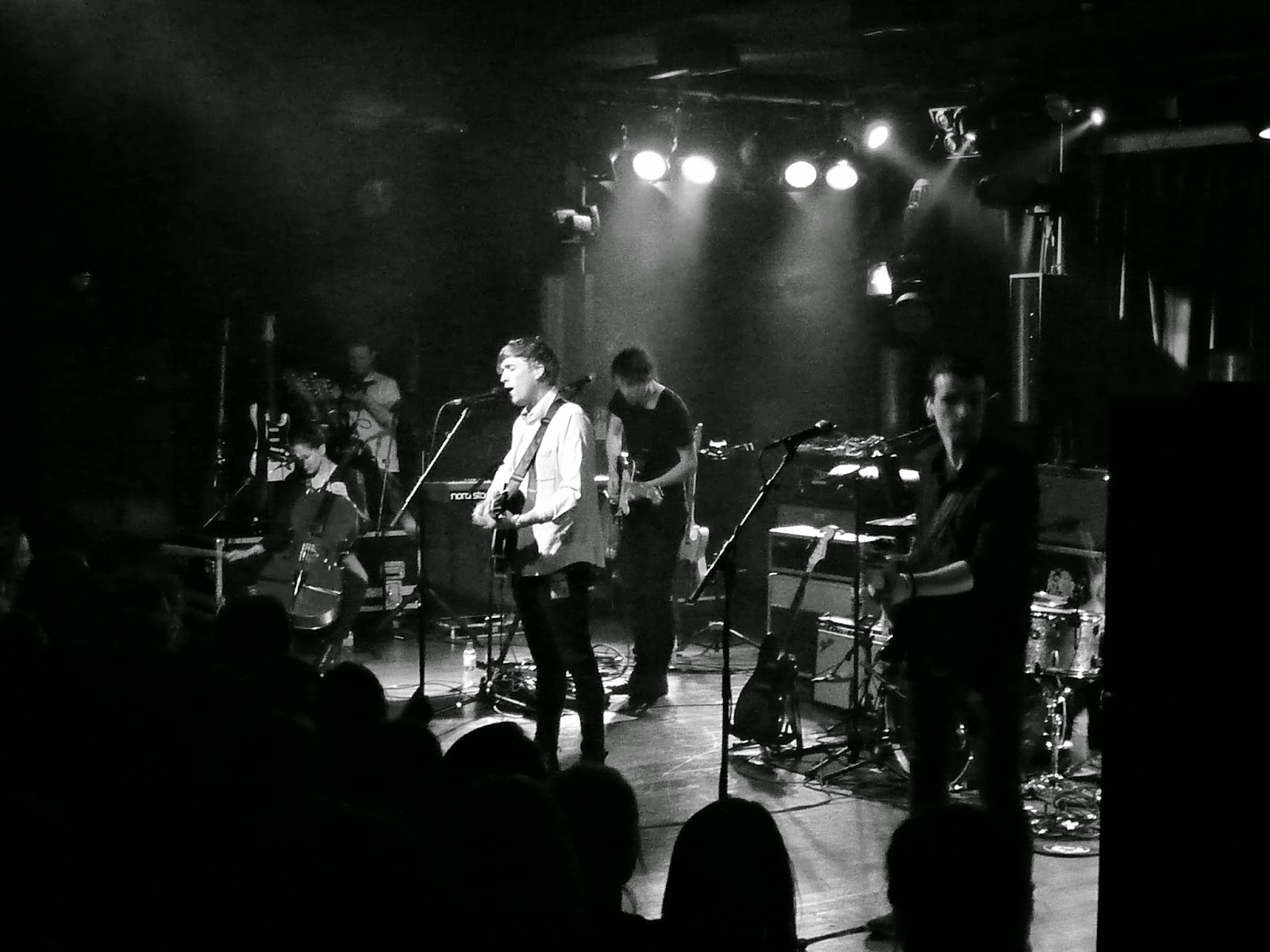 Rhodes was next to the stage, I’d only heard a couple of his songs before and I can’t say I really liked them. HOWEVER, seeing him live has changed that perception, there were still dodgy moments that I wasn’t too sure on, but on the most part I really enjoyed their set. Opening with a song that built the atmosphere and then continued throughout the set. ‘Your Soul’ came next; atmospheric and I really enjoyed it. ‘Raise Your Love’ was also really great. Highlight of their set was definitely ‘Believe’ a song performed on his own without the backing of his band. Again, it was another stunning performance and it was definitely better performed live rather than recorded. ‘Close Your Eyes’ was an upbeat song, a good song, but too ‘pop’ and far from the material of his that I like, but it will encourage a wider audience of his music, which is always a great thing, until you start changing your sound completely… They finished off with ‘Turning Back Around’, probably one of his best known songs and was a brilliant finish to the set. 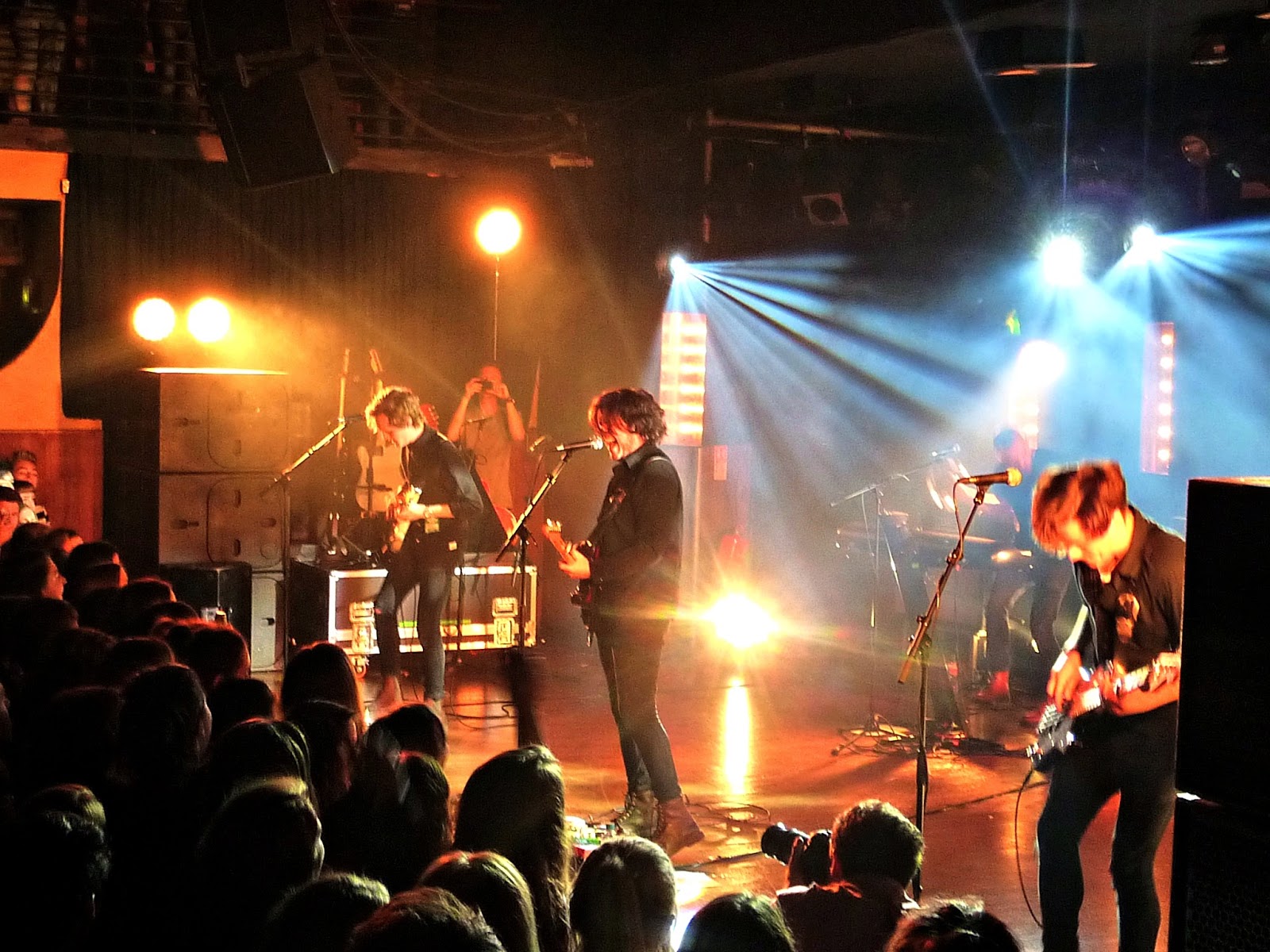 I’d seen Amber Run support Lewis Watson before their debut album release and loved them. I went Wednesday night and really enjoyed the show. To the point, I left with little notes on my piece of paper, and more of a set list, just because I was engulfed into their live performance.
They opened with ‘See You Soon’, which started a bit worryingly, luckily I think we can put that down to warming vocals up and being at the start of the set. After that song they put the wobble behind them and it was on the up. ‘Pilot’ isn’t my favourite song but they performed it with such energy, the intro drums grow with guitars, keys and bass to power vocals into a catchy and upbeat track, made even more impressive live.‘Hurricane’ and ‘Just My Soul Responding’ followed and the energy continued.

Then we were led into a slower paced, melancholy tone for the next two songs. ‘5AM’ was an emotionally charged song, leaving silence (apart from a few yelps from a couple of slightly worse for wear individuals). This was continued during the performance of ‘Shiver’, not the best of their songs in my eyes, and it wasn’t my favourite song they played either. We were woken up and told to get up as they performed ‘Good Morning’, an upbeat and energy infused song. Moving onto my favourite song of theirs (apart from ‘Kites’, which they didn’t play), ‘Spark’. Unfortunately, there was a messy start, but the boys picked it back up and finished it well. Their ‘last song’ was ‘I Found’, GEEZ IT WAS GOOD! London Contemporary Voices made a surprise appearance and created a phenomenal performance that I won’t forget for a long time! The only thing that could have been better was a focus on more acapella. After chants of ‘we want more’ they returned to the stage and finished off the gig with ‘Heaven’ from their ‘Spark EP’ that had everyone singing along and clapping nearer the end. Their final song was of course, ‘Noah’ (I’m not a huge fan of this song) but I admit it was a great one to end on and finished the night off perfectly. Will, Tomas, Joe, Henry and Felix, you were all fantastic and you all made it such a great night, it was wonderful to see a group of guys on stage, all loving what they’re doing and sharing their passion with a huge room full of people that love and appreciate their music. What an experience – thank you!