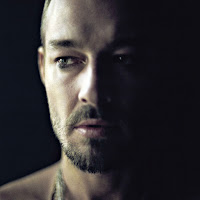 Having previously enjoyed five #1 albums (which sold over six million copies), with childhood friends - his band Silverchair. Who are now on 'indefinite hiatus' after collecting more ARIA Awards than any artist in history and leading Daniel to become the only person to be voted APRA's Songwriter of the Year three separate times by his peers. A struggle to create fresh work together meant Daniel stepping out on his own and trying a completely new approach. Daniel Johns was 'silent' for eight years, always communicating through music, rumours started after he removed himself from radar, but now he's reinvented himself alongside a new sound with his latest album 'Talk', which is out now.

'Talk' Album Review:
This album is a perfect combination of tracks with smooth vocals and slower, more intense and atmospheric songs, subtly powerful tracks like 'Preach', 'Dissolve' and 'New York' contrast the upbeat yet chilled feel of 'We Are Golden' and 'Going On 16'. Whilst songs like 'By Your Side' and 'Sleepwalker' offer a greater insight into Daniel Johns' lyrics. The lead single from the album, 'Cool On Fire' is full of strong synths pulsating through the track with a catchy rhythm, brilliant vocals and allows the listener to fully zone into the song, especially with the simplistic but filled music video. It's both musically and visually genius. Some of the tracks remind me of Chet Faker and Flume's work and this highlights how far Daniel Johns' could and hopefully will go.

Check It Out!
We're swapping up the style of our check it out section, there will be three tracks each week, a mix of chart tracks, covers, remixes, YouTube hits, classics or just brilliant songs we think you should listen to!

1. Yank Me Out Of Neutral - Kinetics
Sweden based Kinetics, have been releasing a series of indie rock songs since late 2013 and have now compiled them into a vinyl EP together with new track 'Yank Me Out Of Neutral'. The song is 'Swedish indie at it's finest all the way through' and features back up vocals from upcoming singer/songwriter Melina Borglowe. Oh, and the video features the band struggling through a forest, all dressed as Chewbacca... (listen to the EP on Spotify here.)


Yank Me Out Of Neutral - Kinetics (link)

2. This May Hurt - Auction For The Promise Club
The Cornwall indie-rock three piece, Auction For The Promise Club, recorded their debut EP at Abbey Road Studios and received recognition across the country. Zoe White Chambers (singer/guitarist), Toby White Chambers (drums) and Perran Tremewan (guitars/keys) have performed at the likes of Bestival, Boardmasters and headlined the Emerging Icons stage in the Olympic Park on the opening day of London 2012 as well as many other events. Now with support for previous releases from BBC and 6Music, XFM, Absolute, Rolling Stone and many more they release their latest single 'This May Hurt'. (download link here.)


This May Hurt - Auction For The Promise Club (link)

3. Jailhouse Blues - Smokey Joe & The Kid ft. Blake Worrell
Smokey Joe & The Kid are two beat makers from Bordeaux, bringing together hip hop, bass music and groove melodies from the early 20th century. Percussion solos played with scratch, beats and melodies performed with MPCs; everything played live. They've been ripping up stages around France and Europe since their debut album in 2013 and also released two critically acclaimed EPs last year. Their latest track features US 'puppet master' Blake Worrell, a former member of German 'Puppetmastaz' (also worth a look and listen) to add some lyrical depth to the track. It's genius and a must see live. (live dates here and EP download here)