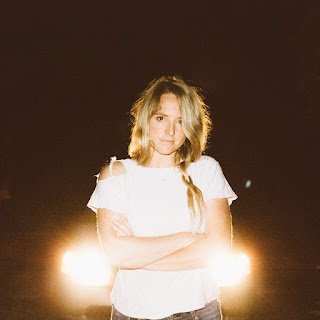 Lissie is an Americn folk rock artist; she's been a notable name in the world of music for about eight years, after Lenny Kravitz invited her to be the opening act for his tour back in 2008. 2009 saw Lissie release her EP 'Why You Runnin'', early 2010 saw her tour the UK supporting singer/songwriter Joshua Radin. Lissie then signed with Columbia Records and released her debut album 'Catching A Tiger' in June 2010, the first single 'In Sleep' was selected as Track of the Day by Q and the second single, 'When I'm Alone' was later chosen by iTunes UK as their song of the year. Since then, Lissie has gained success through her brilliant covers of well known tracks, some being used on adverts and films, featured on Snow Patrol's 'Fallen Empires' album, appeared on Robbie Williams' track 'Take The Crown', released another album of her own 'Back To Forever' and has just released her third 'My Wild West'. We caught up with Lissie for a Q&A and had a listen to the new album...

1. How old were you when you started getting involved in music and how?
I started singing from a very young age and was always making up songs about my feelings! At age 5, I was in a group Christmas show and it was pretty clear that I LOVED performing for people. It's always been my comfort and passion.

2. What is the most inspiring musical performance you've ever seen?
I went to Lilith Fair in High School. I saw the Dixie Chicks perform and just felt so anxious and inspired, like I HAD to get up there and I HAD to do that with my life!

3. Who have you been listening to lately?
There's the band out of Minneapolis called The Pines! They are all Iowa guys and now that I've moved back and gotten turned on to them, I'm obsessed! Their music is this perfect uplifting yet melancholic soundtrack to my life of late! It's some lush gorgeous poetry!

1. 'My Wild West' is your third studio album, how much do you feel has changed between this release and your first, and do you think this album reflects those differences?
The normal changes, I'm older hopefully wiser :) I'm an independent artist too so I just put whatever songs I wanted to on this album! No one had any say haha. There also wasn't any set timeline, schedule, budget etc. so I think this album happened in a much more natural and flowing that albums past! I'm very proud of my body of work to date for sure but this album feels like it made itself (which of course isn't totally true, I had a great producer(s) and players).
Another thing I see as being different while not intentional but indicative of where I'm at, there aren't really any romance / heartbreak songs. Well there's one. But most of the album is about me addressing my issues with myself and finding my place in the world. In that way I think it just displays another stage of life that comes after the 20s? For me at least.

2. Who would be your dream artist / band to collaborate with and why?
I'd love to write some songs with John Prine. He has this great way of making a statement about culture, politics, the environment etc... but weaved into a captivating narrative you really wanna listen and relate to! He uses humour and / or characters point of view to make something really be felt and not just conceptualised.

3. What process did you go through creating 'Don't You Give Up On Me', both musically and visually and did it differ to previous single releases?
The writing of the song was similar to how I'd write any other tune. I wrote it with Martin Craft, who's become a great friend and collaborator of mine. Through noodling around, the melody came and then the chorus lyric, I feel like in the days that passed, more of the lyrics just flowed into my mind on their own! As I worked more on the album and later, in deciding to move, some of the lyrics really felt prophetic about where I was headed! And because a lot of this new album and song were created in the swirl of relocating, visually, it felt appropriate to shoot the video on my new land. One of the lines, "I left you on the coast for something only I can see" sums it all up!

Favourite season?
I love the autumn. I love when the leaves change, it cools and you start smelling people's fireplaces! My birthday is in November and it all kinda reminds me of being a kid! Going back to school, bonfires, apple harvest season!
That being said, I love summer, spring and fall too! Haha

'My Wild West' Review:
'My Wild West' is definitely a contender for my favourite albums of 2016; it's a perfect combination of all things country, folk and rock, the mixture of rockier tracks and slower country infused folk creates this wonderful 12-track release.
Stripped back, piano led track 'Hollywood' is a beautiful song, both musically and lyrically; and that is a theme that runs throughout the album. Whilst 'Wild West' begins atmospheric and builds into a catchy chorus and overall fantastic song, perfect for a live set; the same goes for the lead single 'Don't Give Up On Me', one of my favourites from Lissie's latest release and once I'd heard it, I knew this album was something to get excited about. I haven't been disappointed at all; whilst there are upbeat songs to get you to sing along and tap your feet to. There are also steadier, atmospheric and more emotionally reflective songs too, easily a favourite song of mine in general at the minute 'Sun Keeps Risin'' and the darker tones of 'Stay'. I think 'Daughters' is also a song that has to be mentioned, an encouraging and empowering track, confronting one of many big topics in the world right now. This album is something for Lissie to be proud of, and I really hope it gains the success and support it truly deserves.