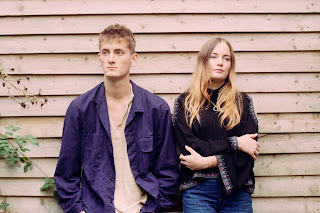 Ardyn is the moniker of young British brother and sister, Rob and Katy Pearson. The duo, born and raised in Gloucestershire, released their debut EP 'The Universe' in November 2015, which garnered growing attention and support. They've now unveiled their latest track, 'The Garden', taken from the previously released EP, and are also heading out to do some headline shows around the UK in March and headlining Moth Club in Hackney (London) in April...

'The Universe' EP Review:
If you enjoy listening to musicians like Rae Morris, Kate Bush or Florence Welch, you'll love Ardyn and if you enjoy anything that stands out amongst other music and is generally brilliant - this duo is for your ears! This EP is melodic and beautiful throughout but also upbeat and pop-like at times. Mixing genres and styles amongst each track; a wonderful combination of percussion, piano and stunning vocals across all four tracks. Their latest track 'The Garden' is probably my favourite track from the release, it's smooth and focuses on piano and the emotive lyrics intertwining creating a floating and light track but a heavier meaning. Overall, a great EP and the start of huge things for this duo I believe - Ardyn are definitely the duo to watch this year!