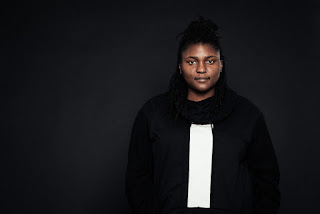 LA-based singer / songwriter, Joy Oladokun, has been writing and playing guitar for a while, however, it wasn't until 2015 that Joy took the plunge and decided to record her debut EP 'Cathedrals', leading to Joy's first ever solo concert of original music, singing songs and telling stories for over two hours to an audience of 60+ crammed into her living room. Deciding to then stay in LA after performing several more shows and working as a background vocalist for other artists, she went full time with her music. Joy then managed to raise $30,000 in a Kickstarter campaign for the funding and marketing of her first full-length release, 'Carry', which is out now!

1. How old were you when you started getting involved in music and how?
I was 10 years old when I started playing the guitar. I had seen a Tracy Chapman video on TV and it was the first time I remember seeing someone who looks like me playing the guitar. It changed my life.

2. What is the most inspiring musical performance you've ever seen?
Hmm that's a difficult question. I find myself inspired by a lot of the musical performances I watch. I think there is something in general that is so inspiring about being brave enough to stand up on a stage and share your heart with a room full of people.

3. Who have you been listening to lately?
I'm on a big folk / country kick so Chris Stapleton, Johnny Cash, Noah Gundersen.

1. What process did you go through creating 'Shelter' and how much did it differ to your other tracks on your debut album 'Carry'?
'Shelter' came out of a moment of frustration during the production process. It is the only song that was kind of reverse engineered - meaning that I felt it was something that I needed to hear, rather than something I wanted to say. I just needed to remember that there were people cheering me on, and I had to choose to receive it. The other songs were me needing to say something / get something off of my chest.

2. If you could invite any three people to one of your gigs, who would you ask and why?
Ooooo. I think Lenny Kravitz, 'cause I'd love to work with him! I can't really think of anyone else. This may seem lame, but two of my close friends. I really do feel more comfortable when I know people in the room.

3. You've said each song from 'Carry' stemmed from a lesson you've learnt, or are still learning; but which song / lesson have you found to be the most important or meaningful?
'Poison' by far. The hardest lesson I've had to learn is that sometimes loving someone means realising that you aren't the best for them and letting them go. That's a song that is still so sensitive to perform and I wrote it almost a year ago.

Three things you can't live without?
1. eggs
2. good friends
3. a nice jacket. I wear them often. Even when it's hot.

'Shelter' Review:
'Shelter' is a beautiful, soulful and emotive, piano and vocal led song. The drums and electric guitar build up and breakdown adds layers and depth to the track, alongside powerful and raw vocals throughout. The warmth behind the song really shines through and this is a theme that runs from the first note of Joy's album 'Carry', right to the last. I'm really excited about this release and the future of Joy's music. Easily on my list of favourite tracks from 2016.