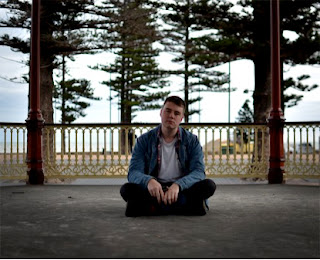 Liam Hudson started writing music from a young age, but didn't hone his skills oil his mid-teens when he started writing Jazz, Baroque and Movie style compositions. After finishing school, Liam started learning electronic production and recording, leading to writing and recording entirely from his bedroom. Now he's released his debut single, 'You'll Be Fine', so we caught up with him for a Q&A...

1. How old were you when you started getting involved in music and how?
I began music at the age of two, when my parents forced me and my brother into taking piano lessons every week, and we absolutely hated it, but I am very thankful now looking back on it that we were made to do it, it really started off my entire musical journey.

2. What is the most inspiring musical performance you’ve ever seen?
It was this tiny gig in a local Adelaide Pub, called The Gov, saw Bootleg Rascal, Boo Seeka, and LyMo, play. When Bootleg came on, it was just the most fun, relaxed, and connected audience I had gotten to be a part of. It really inspired me, cause their song writing, and their performance was just so engaging, but unique, and I went home straight after wanting to write anything I could think of.

3. Who have you been listening to lately?
Been getting into Safia’s debut album “Internal” lately, especially the songs “My Love is Gone” and the closing track “External”. Also really enjoying the new sound from Nick Murphy (fka Chet Faker), this kind of experimental Psychedelic sound, that still holds true to Nick’s style, while also having moments that sound like Radiohead, or even portions that give off a nearly Pink Floyd vibe early in the song.

1. For people that haven't heard your music, how would you describe your sound in three words?
Mellow, Simple, and Emotional

2. If you were to go on a headline tour, which country would you most like to tour and who would you like to have as your two support acts?
I would love to tour through the United Kingdom, I've been over there a few times, on holidays and also for music previously, in a concert band. Every time I go I just always love it, and always want to stay for longer. They probably wouldn't be supporting me but I would love to tour with Jack Garratt, or Everything Everything, their music has both had influence on my own writing, and would be amazing to do anything with either of them.

3. What process did you go through creating ‘You’ll Be Fine’ and how has it differed to your other songs?
You’ll Be Fine really came around very naturally compared to my other songs, my usual writing technique, is really a trial and error technique, I write hundreds of things, and just keep working on the ones that make me feel something, or make me dance. But You'll Be Fine, really just came around naturally as a fully formed idea from the beginning. I wrote a basic acoustic version of the song in around 2 hours.

TV show you wish was still on air?
Breaking Bad, I love the show to death, it was amazing, I wish there was more of that story (I know “Better Call Saul” is on, but its just not quite the same), but as much as I miss it, It was smart to finish while it was still amazing.

'You'll Be Fine' Review:
This is a brilliant release, reminiscent of Simple Minds and Chet Faker. It's a stunning track with emotive and honest lyrics running throughout the song. A fantastic blend of synths combining to create this catchy, upbeat single, Liam and his music deserve to go far and I'm really excited to see what the future has in store for him.