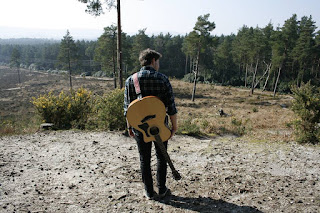 Pedro is an up and coming singer/songwriter from the South Coast (England). He's written songs and played in bands since the age of 15, and now the 19 year old is taking to stages and festivals across the south, performing alongside some great artists (as well as headlining shows too). Known for his simpler songs and honest lyrics, he's creating real sound waves with his emotive acoustic music.

1. How old were you when you started getting involved in music and how?
Well I got into singing little nursery rhymes when I was like five I guess, but I properly started singing on stage, singing rock music, around the age of 10 (no 10 year old is good enough to sing AC/DC, but heck, it was fun). I started writing my own music around the age of 15.

2. What is the most inspiring musical performance you’ve ever seen?
Blimey, that's tough... I've seen a ton of live shows over the years! Seeing Twenty One Pilots at the Electric in Brixton in 2014 has to be up there though. It was a little 400/500 capacity club full of hardcore fans, and it was before they were famous all over the world! An incredible, life-affirming show.

3. Who have you been listening to lately?
Honestly, I'm always listening to so much music! That said, one of my favourite bands at the moment is Sundara Karma, and they've just released a new single. Oh, and there's this band I've found called Kaleo, who've just put their record out, and I can't fault it. Proper rock'n'roll, too good.

1. You’ve performed at some big venues and festivals over the past few months, but which is your dream venue to headline and which two acts would you choose as your support?
I'm glad you think I've been doing well aha! I've been working hard, hopefully the shows will get bigger and better. My dream venue in the UK has to be KOKO in Camden, or the Shepherd's Bush Empire - SUCH beautiful rooms. That said, my favourite venue in the world is easily Red Rocks Amphitheatre in Colorado... google it, trust me. In terms of support, I'd probably just want to bring a couple of bands along who I'm good friends with!

2. What inspires you lyrically and who influences you musically?
Pretty much anything can inspire me, to be honest. Lyrically I like to be honest most of the time; I write about my mental state, my anxieties, anything that I'm going through. It can be really cathartic for me. Sometimes I like to try and tell stories about people or subjects though - there's a song on my EP about cheating. Luckily, I'm yet to be cheated on (or cheat on someone), I just wanted to write down some thoughts on the subject. Musically, anything at all inspires me - usually other, better musicians!

3. ‘Runaway’ is the first single from your forthcoming EP ‘Eden’, what process did you go through creating it and how did it differ from the other tracks on the release?
'Runaway' was my attempt at writing a proper out-and-out rock song, something with real wind-in-your-hair energy! I wanted to prove to myself that even though I'm an acoustic solo artist, I could still write a tune to make people lose their minds. The riff just came from me noodling away while I was working on a photoshoot, and then the lyrics poured out of me over a few days... I've been felling pretty ready to leave my hometown for a while now! It's definitely the most energetic tune on the EP, and probably my most energetic tune to date.

1. A TV programme you wish was still on air?
I bloody loved a show called 'Community'. Pretty much a perfect sitcom in my eyes, really brilliant writing and one of the best ensemble casts I've seen on telly! Me and my friends still quote it relentlessly the whole time. RIP.

'Runaway' Review:
'Runaway' is an upbeat acoustic song, it's a brilliant indie track that deserves to be sung along to loudly. The song has an anthemic touch to it and is reminiscent of every indie rock band's best selling song that everyone knows. Pedro has still written raw and honest lyrics that would usually be backed with acoustic guitar, but he's stepped out and shown he's not just 'another male singer/songwriter with a guitar'. This is a great tune and I'm really excited to hear what the rest of his EP 'Eden' has to offer...