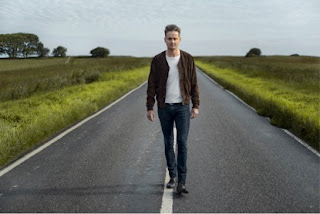 Tom Chaplin is known for being lead vocalist for alternative band, Keane, but now he's releasing his first ever solo album. Having scored five number one albums between 2004 and 2013 with the band, Tom is now stepping outside Keane for the first time with his single 'Quicksand', the first single taken from 'The Wave'.  He's also heading out on an intimate UK tour later this month (which is already incredibly close to selling out)...

'Quicksand' Review:
'Quicksand' is a wonderfully heartwarming and uplifting track, with a powerful and anthemic chorus. The sliding bass integrates perfectly into the layers of instrumentals and enhances Tom's soaring vocals. If this track is anything to go by, this solo album is going to be incredible, full of empowering tracks, it's close enough to Keane but still far enough away to be Tom's solo material, I think I'm going to like 'The Wave'...