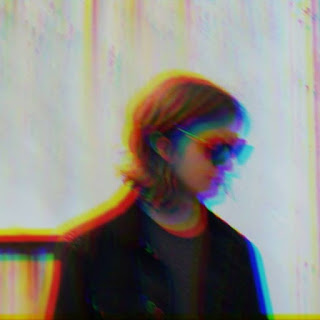 1. How old were you when you started getting involved in music and how?
I’ve got an older brother (who is one third of Bleached Bones) so I’ve grown up listening to what he has been listening to from an early age. But I probably got involved in the idea of writing music when I was about 12 when I think I was handed down an old Yamaha electric guitar from the brother. I remember I wanted to learn how to play Territorial Pissing and I think that got me into guitar. Now I think of it, I wanted to learn all the bad names.. Rape Me was another early favourite of mine. Odd...

2. What is the most inspiring musical performance you've ever seen?

I think I change my mind on this every day but I will stand by the one that comes to mind first which is Nine Inch Nails at Leeds Festival in 2007 I think? Can’t remember. I just remember it being really intimidating and I like that.

3. Who have you been listening to lately?

I actually make myself seasonal Spotify playlists so let me see what I currently have in ‘Autumn/Winter’. Not entered the full on ‘Winter’ playlist just yet. So, there is a bit of Kenton Slash Demon, some Jesper Ryom, Kiasmos. I’ve actually been listening to a lot of my friends band called Retro Kid from Copenhagen. They are yet to launch but I think they’re going to be great.

1. Where do you hope ‘Bleached Bones’ will be in the next year?

Honestly, I’d just like to have a really fun run at playing some shows and getting music out in any way or form. We’ve all been involved in so many different musical projects over the past decade but this one feels like it actually has legs in it.

Funnily enough my good friend Finn commented recently on how much I sing about the idea of religion, so I guess that would have to be a big influence of mine. I’m not religious in any way but it intrigues me, amongst other things. Musically, I’m influenced by all sorts of electronic stuff. I’m a really big fan of When Saints Go Machine, their sessions blow me away. But I think Jono could answer this question better, he’s a bit of a musical wizard...

3. What process did you go through creating ‘Modern Lovers’, was it a collective effort or did you each have specific roles within the group?

I usually become a bit of a recluse when I write music so I hide away until an idea is ready to introduce to the others but Modern Lovers was completely a collective process. Our old band had not long ended and I was really struggling to write anything so we all chipped in. It did establish the sound of Bleached Bones in a way though.

Three things you can’t live without?

'Modern Lovers' Review:
Reminiscent of 80s dark pop, this is an ethereal track, with a steady intense beat, layered synths and vocals creating a dreamy, ambient soundscape. Bleached Bones have managed to create a unique haunting sound whilst still merging their influences into a wonderful concept that's almost hypnotic from start to finish. Their debut EP is something to be excited about, especially if this single is anything to go by!