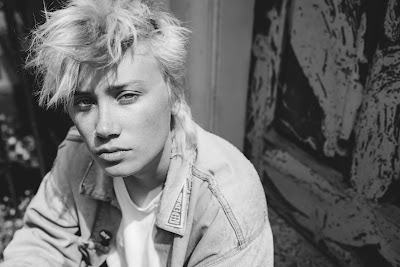 Indie singer/songwriter Annabel Allum smashes into 2018 with her new single 'Beat The Birds' and it's one to look out for. She's shared stages with Beth Ditto, Nadine Shah, and Blaenavon, performed at The Great Escape, Live At Leeds and SXSW and is amongst our list of 'ones to watch'. As well as a big hype around her music, she is also making waves in the fashion industry; with endorsements from Bastian Classics and Cheap Monday, while now releasing her personally designed merch (that is gender-free! Woo!)

1. 2018 sees your new single 'Beat The Birds', what other plans do you have for this year?
More music, more shows, more projects, more risks.

2. What was it like getting to film your awesome music video with Context Films?
Awesome yeah. They're great friends of mine and I love working with them.

3. You recently toured with Beth Ditto, where was your favourite place that you performed?
Probably Warsaw. Concerts that size aren't regular out there so everyone was happy and grateful to be there.

4. If you could support any artist in the world, who would you choose and why?
Dead? Janis Joplin- no doubt. Listening to her voice every night would've been mental and I think we'd have had a right laugh. Alive...Uh, I dunno. Probably another female boss like PJ or Patti Smith, we'd have a lot to talk about.

5. If you could have one super power what would it be?
Adoptive muscle memory or teleportation.

'Beat The Birds' Review:
‘Beat the Birds’ starts with Annabels’ gritty vocals setting the tone, letting you know that this is going to be a power song. Behind her vocals, the dirty guitar oozes feedback preparing you for it all to kick in, letting you know this song means business. Annabel shows off her ability with a melodic chorus that lifts you up, making you want more. The bridge has an ambient feel that covers you in layers before slowly cradling you back into the earth with the chorus again. She teases with the bridge again, but smoothly transports you into a bigger, louder chorus that finishes off this track. ‘Beat the Birds’ is a well structured, very powerful track that shows you what Annabel is all about whilst showcasing her individual musical talent evolution.

1. Wait For The Rain - Rae Morris
Blackpool born songstress, Rae Morris, is back with her second album 'Someone Out There'. She's supporting the album release with a UK tour, and has been releasing videos alongside some of the tracks. Here's one of our favourites, 'Wait For The Rain', which is a fantastic hybrid of electronic and Rae's classic melodic vocals that show off her versatility.

2. Follow The Leader - George The Poet, Maverick Sabre & Jorja Smith
This trio come together to collaborate their new release, which is currently charting #5 on the UK's Viral Chart. This is a great single that deserves it's recognition with it's steady beat and it's solos from each artist, combined with sweet harmonies contrasted with the raw video.

3. If The Car Beside You Moves Ahead - James Blake
Londoner James Blake hits us with a brand new song, just before setting off for his tour of Europe with Kendrick Lamar. This trance like song immerses you into Jame's musical genius. Trippy riffs that skip over the melodical keys and vocals that ooze all over the track.

If The Care Beside You Moves Ahead - James Blake (link)

5. Strangers - Sigrid
21 year old Norwegian pop sensation Sigrid drops her popular single 'Strangers' which eludes power and pure talent, that clearly everyone is falling for. Her quickly rising fame is fairly granted with this upbeat, catchy single that shows off her versatility of range and melodic genius. 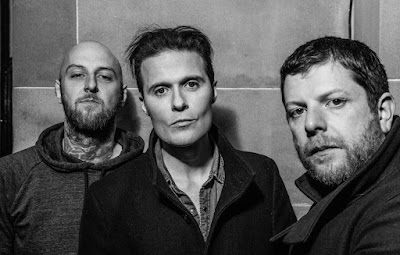 Three piece Glaswegian band are back with a taster from their forthcoming fifth studio album ‘In Your Own Sweet Time’ released by Cooking Vinyl (16th March). Known for big hits such as, ‘Whistle For The Choir’ & ‘Chelsea Dagger’, Barry, Jon, & Mince Fratelli return with a new album and a UK tour…

'Starcrossed Losers' Review:
‘Starcrossed Losers’ instantly sets the tone with an upbeat, poppy drum and bass line before the simple and catchy guitar punches in with a repetitive hook. The melodic vocal line kicks in and you can tell straight away that the vocals drive this single. It’s a smooth but uplifting transition into the chorus which is will structured and has a vocal riff that is sure to get stuck in your head on repeat.
The bridge of this track feels like you’re taking a sneak peak from another angle, with ambient strings supporting you, before they trill making you feel like you’re falling into the chorus, fully immersed by the layers. ‘Starcrossed Losers’ is a well structured, upbeat track that clearly shows The Fratellis evolution and their versatility. This track will help you lose yourself whilst getting caught in the melodic hooks.

This review was written by our new content creator, Charlie, let us know what you think of her words on our socials and be sure to follow for more great music!