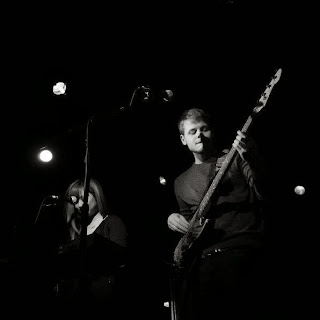 Adam, a 24 year-old singer songwriter from Ipswich, Suffolk. He has been performing as a session bassist/keys player for a while now and more recently started writing his own material. His first experience playing as a session musician happened when he joined a blues trio with Mark Flanagan (guitarist in Jools' Holland's rhythm and blues orchestra). During this time, they supported Jools Holland and recorded sessions for Radio 2. Adam has since started playing bass and keys for Lewis Watson, and they've supported acts like Kodaline and Benjamin Francis Leftwich, along with completing two headline UK tours so far this year. As well as being grateful for meeting Lewis and the rest of the gang, Adam has had the pleasure to work with them and other talented artists including Saint Raymond, Kimberly Anne, Orla Gartland, Shannon Saunders and Frank Hamilton. Recently, Frank gave Adam the opportunity to support him on his headline tour at the Boileroom in Guildford, playing some of his own stuff. Right now, Adam is on tour again with Lewis, but this time including European shows.

1. How old were you when you started getting involved in music and how?
I started playing drums when I was about 13/14 and later moved onto play bass in a few bands at school. I didn't really take music too seriously until I was about 16, when I started a band with my cousin called 'Strip Jack Naked'. It was so much fun being in that band, and that was when I started to enjoy writing and playing songs of my own.

2. What is the most inspiring gig/concert/festival you've been to?
One of the most inspiring gigs I've been to was to see Scott Matthews play at the Waterfront in Norwich. I haven't seen someone silence a room with their voice in the same way that he did since. It was so nice to be at a gig where no one was talking over the music or on their phone videoing or tweeting about the gig, all just taking in how stunning it was.

1. You've had so many great musical experiences but what has been your highlight and why?
The whole of this year has been one massive highlight really. Playing for Lewis Watson has just been such an incredible experience, and has given me the opportunity to play shows and festivals that I never thought I would play. Playing Glastonbury was a huge highlight. It's such a good festival, and it was great to hang out with friends and see good bands all weekend.

3. What songwriting process did you go through with 'Weight of Your Love'?
I actually went back to my parents home in Suffolk to finish writing that song. I find that I can often be my most creative when I'm on my own, and really felt that 'Weight of Your Love' could be something special, so I kind of locked myself away in a room for a few days, and what you hear is the result of that.

I loved your set at Boileroom in October. You're very young but have a very mature sound, what and who influences you when you write your tracks? (from Francesca)
Thank you very much! Really glad you enjoyed it. I suppose I'm just not very good at being young, or at least singing about it. I like to try and write music that I feel has some depth or meaning to it. I get influenced by artists like John Mayer, Bon Iver, James Blake etc. but I think the artists that influence me most are often the ones I play with. Mark Flanagan is an incredible songwriter and writes wonderful lyrics that are really honest and inspiring. My friend Tommy Asby (CHECK HIM OUT) is another great influence of mine. He writes beautiful music with lyrics that'll break your heart. I think that's really what I'm trying to achieve; music that's honest and beautiful.

(Adam's links can be found underneath the reviews and video!)

Reviews of 'Weight of Your Love' by Adam Double:

2. Francesca: 5/5 - very mellow. Adam has a great voice, coupled with the seep lyrics (for one so young), & many layers of musical genius - love it.

Chart: How Long Will I Love You - Ellie Goulding

This song was originally by Scottish rock band, The Waterboys, released in 1990. Recently, Ellie Goulding covered the track and released it as the second single from the repackaged edition of her second studio album, Halcyon days. It has also been used as the official song for BBC Children In Need 2013 and is now sat at #3 in the UK Singles Chart.

How Long Will I Love You - Ellie Goulding (link)

Miley Cyrus, the focus of most media stories in recent months, gave a powerful performance on X Factor at the weekend. 'Wrecking Ball' got to number 1 in the UK Singles Chart and the US Billboard Hot 100. In this performance, Miley shows the emotional side to the song, considering she was ill, I think she did a pretty good job!

This song originally by the King of Pop, Michael Jackson, is effortlessly covered here by Michael and Justin. The video has his over 2 million views. They started uploading videos to Youtube 4 years ago, and have grown their viewer count as well as their music. Enjoy this one!

Lindsey is one of the most unique and individual musicians I can think of right now, playing a classical instrument to upbeat and futuristic beats and tunes. She started uploading regular videos to Youtube 2 years ago and her song 'Crystallize' was the eighth most-viewed video on Youtube last year, gaining over an incredible 63 million views. She has uploaded a mix of originals and covers, that are all amazing. I recommend you check out her Youtube page as well as just this one song, which is her latest original. Enjoy!