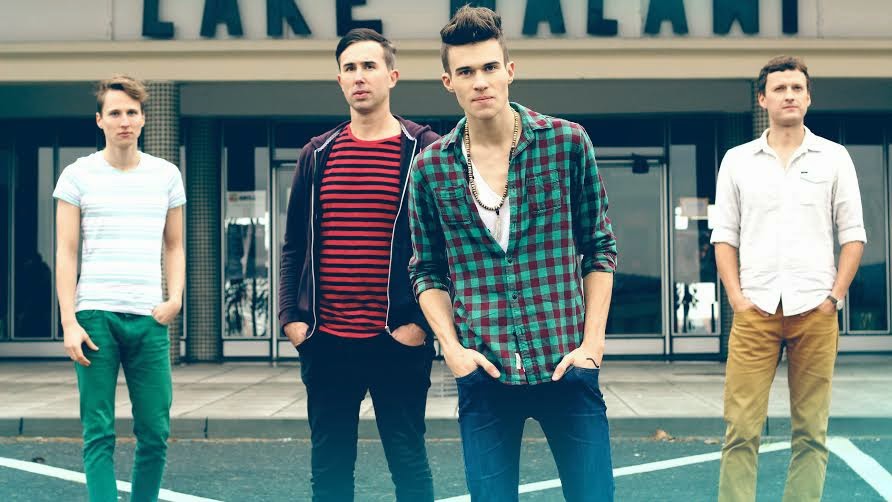 1. How old were you when you started getting involved in music and how?
I was about 15 when I wrote my first proper songs in the summer of 2004 in Brighton. I brought them home and played them to my drum teacher Pavel. Then, we started Charlie Straight, my previous band.

2. What is the most inspiring gig/concert/festival you've been to?
Lately, Glasvegas totally blew me away. But there was a pivotal moment when I saw the Flaming Lips in 2010. The whole show just changed my perspective  on playing LIVE. I got into confetti more psychedelic stuff, Wayne Coyne is a great front man.

3. What have you been listening to lately?
Right now, I've been listening to everything on the Infectious Label website: bands like Temper Trap, Local Natives or Cloud Control. I like Kendrick Lamar and Frank Ocean. I also recently discovered Teenage Fanclub the other day at Rough Trade east. I have a massive list of albums I want to hear like the new Warpaint. I'm a big fan of Beck and the new album reminds me of my all time favourite: Sea Change.

1. Your are largely inspired by Coldplay, but who else influences you and your music?
Coldplay got me into music at the start when my cousin played The Scientist to me. But now it's been Bon Iver and Phoenix who really inspire me, especially Justin Vernon.

2. Previously being front man of Charlie Straight was it important to you to continue creating the similar genre of music and why/why not?
I quit Charlie Straight to enjoy making music again without having to argue over a poster design for weeks. Musically, we just hope to get better. The music of Lake Malawi may be a bit more grown-up now, the songs are a bit faster. Let's see... For a start, it's important we really enjoy it all.

3. What process did you go through writing and producing 'Always June'?
When they played the first mix of Always June to me and Patrick (Lake Malawi guitarist) at Dean Street, there were gaps in the song with only the drums pounding away. I was flabbergasted. "What the hell?" "We deleted those parts 'cause they weren't good enough," said Brad Spence who has worked with Jamiroquai, Passenger and Alt-J. He produced Always June together with Charlie Russel. We'd never seen this before. At the end of the day, that turned out to be a really important step in the process. It made us come up with the opening vocal hook.

'Word Up!' originally Cameo's best known song from 1986 and dance mat classic, however it only peaked at #3 in the UK Singles Chart back then. Climbing the charts now as Little Mix release their cover of the Cameo hit for Sport Relief, with a unique but catchy tone, it's one to get up and dance to!

Live Performance: All Of Me - John Legend

Released August 2013, this track has made a reappearance in the charts and on TV shows more recently. He has performed it on Letterman, Jimmy Kimmel, Oprah's Next Chapter and The 56th Grammy Awards, amongst many other shows. He brings such a subtle yet powerful tone when he performs it live.

All Of Me - John Legend (link)

As it was St. Patrick's Day yesterday, I felt it was fair to share this Irish delight. This cover of a Dropkick Murphy's classic comes from Hudson Taylor and fellow Irish singer/songwriters and friends at their show at the Academy in Dublin. Enjoy this one!

Put together and fronted by American Idol star, Casey Abrams, this stunning song is one to chill to for definite! They put the campfire jam together in a day, built a fire and then sang around it. Another one for you to enjoy! :)

If you have a spare minute, it would be great if you could complete a Music In Time Blog survey, it shouldn't take more than 3-4 minutes of your time, thank you! :)
Link survey: https://www.surveymonkey.com/s/VWNXR2Y
Thanks for reading!