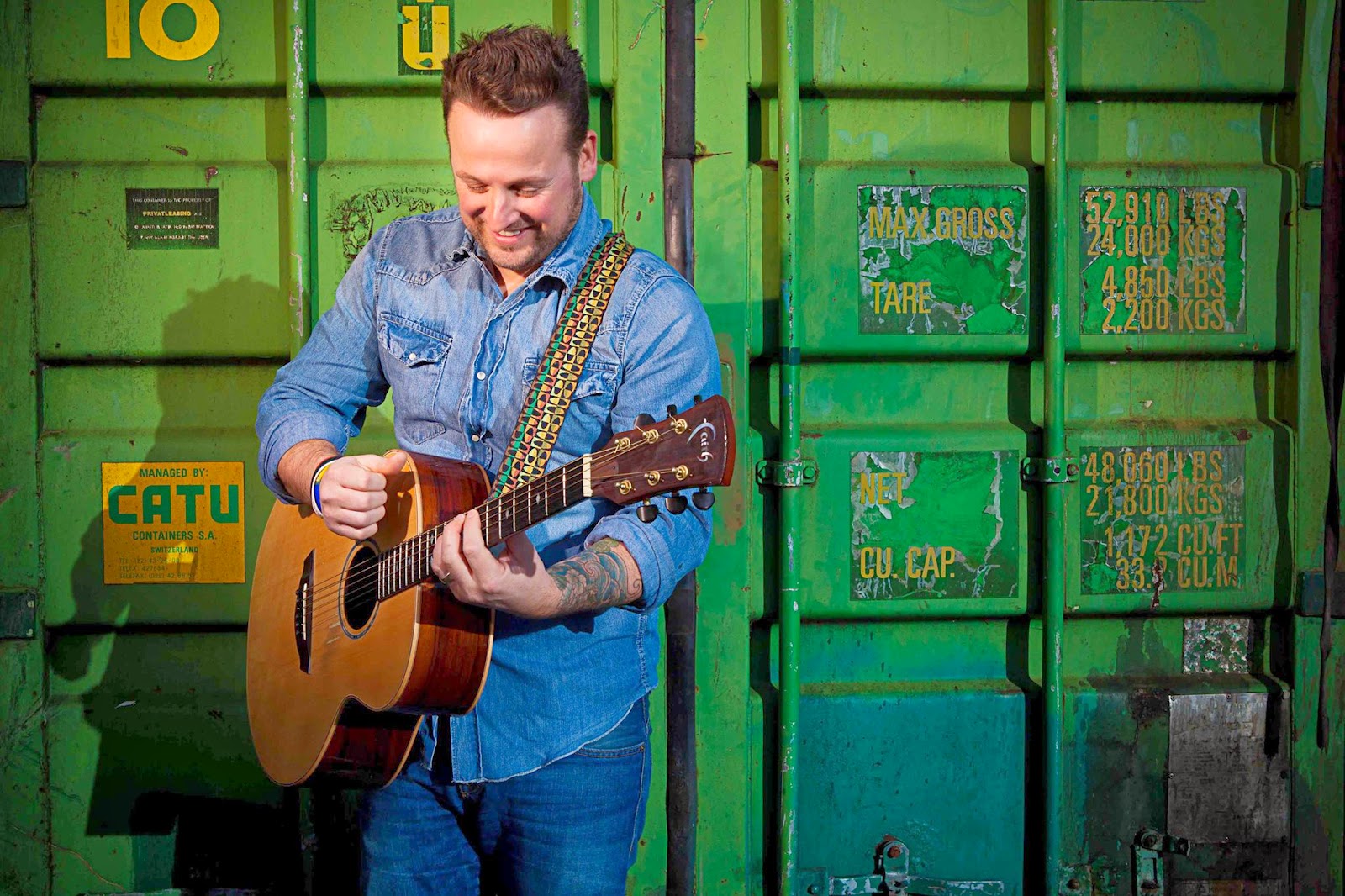 will.i.am has described his voice as 'awesome awesome awesome'. Vince Freeman, the UK based singer/songwriter got into the final 40 in The Voice back in 2012. He has shared stages with incredible artists such as Ed Sheeran, Eric Clapton, Paul Weller and many more. He's also performed in Las Vegas on behalf of Pepsi and the Deep Rock Drive concert series. He has is now in the process of releasing his debut EP 'Stardust.

1. How old were you when you started getting involved in music and how?
21 or so, so I guess a little older than most. My parents were more into sports, so music didn't really play a part in my upbringing.

2. What is the most inspiring gig/concert/festival you've been to?
I saw MAGIC BOX 20 a couple of years ago. Amazing band and they all play each others instruments on stage.

3. What have you been listening to lately?
All sorts really, I like the Lorde album at the moment but also have been taking a good listen to Cold Fact by Rodriguez. Check out the film 'Searching for Sugarman'.

1. You're well known for performing barefoot, how and when did this start and why did you keep up the tradition?
I used to play barefoot in my room at uni and it just felt better like this. Eventually, I started doing it live and now it just feels odd if I wear shoes.

2. You've had some great experiences in your musical career so far, but what is your highlight?
My highlight apart from The Voice would have to be performing for PEPSI in Las Vegas.

3. Which track from 'Stardust EP' did you enjoy writing and producing the most and why?
'Cherry Lips' I guess I enjoyed writing most as I was living in France and missing home. It reminds me of this whenever I hear it. Stardust is my favourite for production because I like pressing buttons!! I wanted it to sound epic and ethereal and I think we got close without taking away from the acoustic vibe.

A song you wish you'd written?
Happy Birthday!!! Only kidding, if I could have written a song I would choose 'New York State of Mind' by Billy Joel.

Reviews of 'Stardust' by Vince Freeman:

'Tsunami' is a track from Canadian electronic music duo DVBBS and American DJ Borgeous, although for many months the creator was unknown, however it got a lot of play at festivals and has been a hit in nightclubs and for parties. Currently sat at #10 in the UK Singles Chart.

You may have come across or heard of 'the Italian nun on The Voice Italy', but if you haven't this has been a sensation! Many people have said 'she killed it' on the live audition, and I'd totally agree! This is definitely the other end of the spectrum to Julie Andrews singing 'The Sound of Music', and definitely worth a watch and a listen!

No One - Suor Cristina Scuccia (link)

Having already caught the attention of a lot of radio stations, including Radio 1, as well as newspapers such as the Guardian and being noted as MusicWeek's 'BreakOut' of the week, she's started her music career strong. Here is Raphaella covering Imagine Dragon's classic 'Radioactive'.

I came across this earlier randomly on YouTube, and felt it too good not to share, however I didn't know where it would fit as he hasn't done many other videos like this, but this one is amazing and has clocked up over 8 million views. By covering 'Let It Go' from Frozen in the voices of Disney and Pixar characters, he has created a truly unique cover. Enjoy!