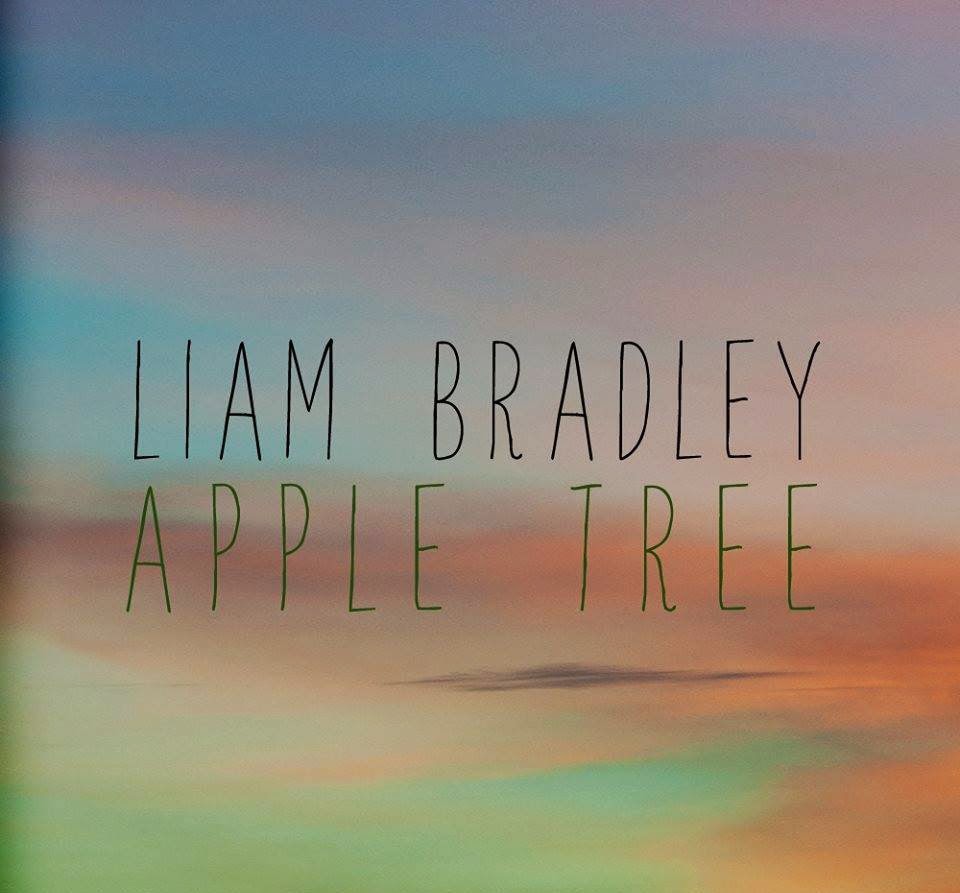 A singer/songwriter based in Southampton, Liam, has recently released his first single 'Apple Tree' to the world. He started writing one day in his halls at Uni about three years ago and hasn't looked back since. Liam's started putting his songs out there as uni's now behind him, and he's been working on new material recently too! So watch this space!

1. How old were you when you started getting into music and how?
I started playing guitar when I was sixteen. My sister taught me four basic chords and gradually over time and a lot of trial and error, I picked up the rest. But that was really just messing around, I never had any dreams or interest in taking it any further than that. It just so happened that one day sitting in my room at Uni, I began to write these little rhymes, which eventually turned into little songs, it was just a very natural progression. If it wasn't for those rhymes or songs, it probably wouldn't have occurred to me to get involved with music at all.

2. What is the most inspiring gig/concert/festival you've been to?
A friend of mine at Uni invited me to a small music cafe in Camden, where a friend of his was promoting a folk event. The music blew me away and the atmosphere of the place was great. It was a bit of a eureka moment for me I realised that perhaps I had something that might one day lead me to being up on that stage, I just needed a few more songs to make up a setlist. I went back to Uni and within a week or so I had written seven new songs.

3. What have you been listening to lately?
I'm currently working on some new songs so I tend not to listen to too much to avoid any ind of outside influence interfering with anything, but I recently heard Coldplay's new stuff which is pretty good.

1. If you could duet with anyone, who would you choose and why?
I think to work with some of the legends, like the Stones or Dylan would obviously be very special, other than that it's a hard one. Maybe Adele, she can do no wrong, although
I don't think I'd be able to keep up with her on some of those notes... But I would be open to any offers to collaborate.

2. What process did you go through writing and producing 'Apple Tree'?
The process of writing was fairly straight forward. I had written the lyrics initially as a kind of poem, but it fit perfectly into the chords that I put with it and within 10 minutes it was a song. As for recording and producing, I have Joe Lewis-Brown to thank for that, he's a recording engineer and a musician in his own right. He knew exactly what I had in mind and he mixed the song perfectly to get everything across. It took us twelve or so hours to finish it, but between us we felt it was important to do right by the song.

3. What do you visualise as the ideal video destination for 'Apple Tree'?
I imagine some place that would fit nicely to the lyrics, I'm not entirely sure where that is. Perhaps one day I'll know.

'Apple Tree' Review:
Really well built song with guitar, piano and vocals. As this is Liam's first released track, I'm really excited to hear more from him, the lyrics seem honest and allow you to escape to a picturesque place. A great overall acoustic sound that will remind you of certain artists but still manages to stay unique.

This track is from British electronic group Clean Bandit and features vocals from Sharna Bass. Released as their fifth single form their upcoming debut studio album 'New Eyes' (due for release 2nd June 2014). 'Extraordinary' is yet another popular track for them to add to the list, it's currently sat at #5 in the UK Singles Chart.

'One' was the first song written by Sheeran for his second album 'x' (multiply) but hasn't been released as a single yet. Here's Ed playing for an intimate crowd at Maida Vale... Enjoy!

Originally by Sam Sparro from his debut album and released back in 2008. It received nominations for a Grammy and two ARIA awards. It's been covered by many established artists such as Adele, Ellie Goulding, Katy Perry and Liam Payne, but this one really stands out form upcoming star, Ella Eyre.

'Hey Jude' was released in August 1968 as the first single from the Beatles' record label Apple Records. It spent 9 weeks at number one in America and hit number one in many other countries including the UK.