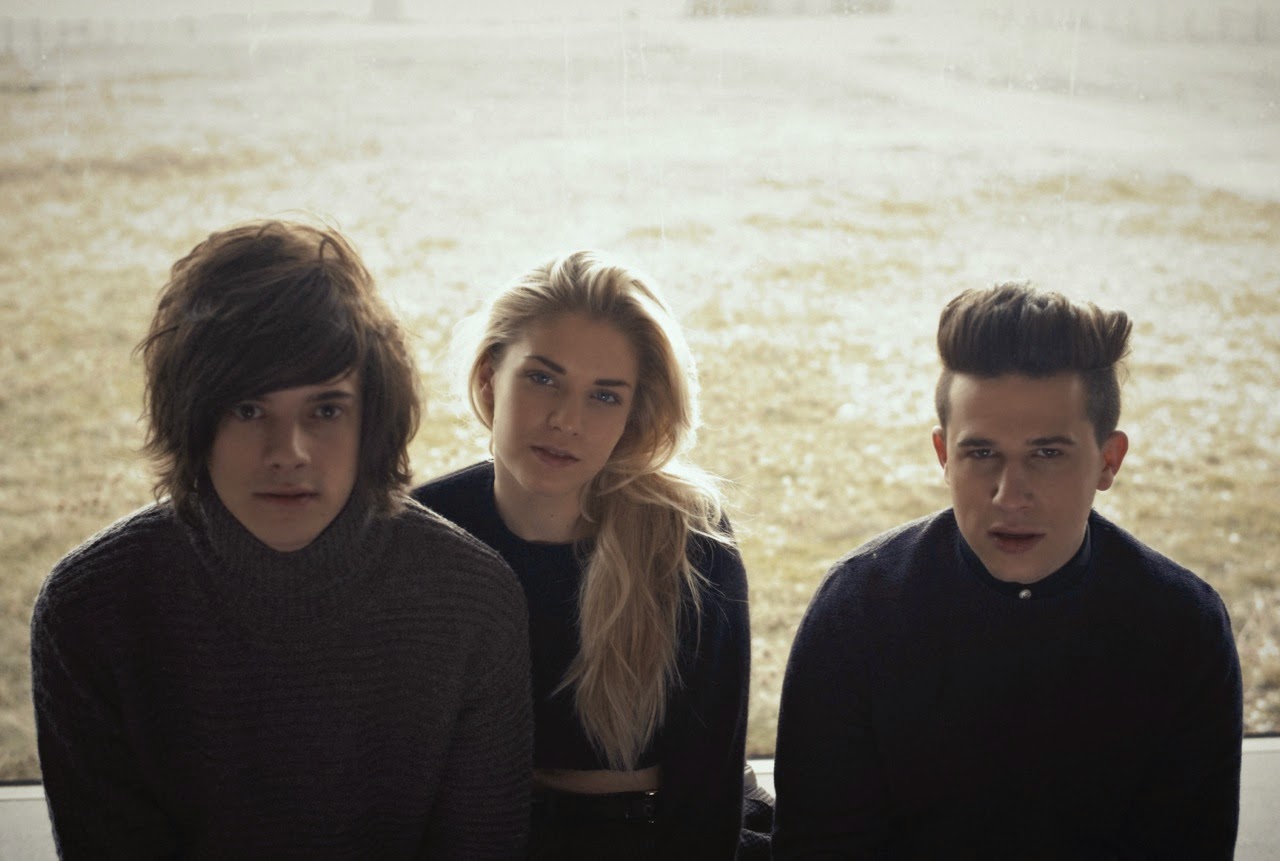 London Grammar are a British electronic pop trio, made of Hannah Reid, Dan Rothman and Dominic 'Dot' Major. After meeting at university in Nottingham, they gained interest of music listeners and the right kind of people to get them places whilst doing low-key gigs in local bars. 2013 was a big year for the trio, they released their debut album 'If You Wait' after lots of build up and attention after featuring on Disclosure's #1 UK debut album 'Settle' on the track 'Help Me Lose My Mind'. Their album 'If You Wait' peaked at #2 in the UK Albums Chart, which I would say isn't too bad!

'If You Wait' Review:

The album opens with 'Hey', which showcases Hannah's soulful vocals and emotive lyrics. The rest of the album continues this, but we also notice the skill of Dan and Dot's musicality, creating catchy, cinematic compositions. They truly are incredibly talented, making a unique sound that is a popular one and ethereal. This is an album you can listen to at any point, but one that a lot of people can enjoy and is definitely easy to listen to and one your ears will thank you for! It also did well in the UK Singles Chart, peaking at #2, proving I'm not the only one that thinks this! If you haven't already, give it a listen and get yourself a copy!

As a debut single, 'Right Here's has done pretty well in the charts for Jess Glynne. She rose to music listeners attention when she featured on tracks 'Rather Be' and 'My Love', both went to #1 in the UK Singles Chart. Released on 6th July (2014) it's stayed in the UK Singles Chart for three weeks, so far, and peaked at #6.

Hozier is an Irish 'indie-pop', soul/blues musician, I'm not sure the genre really matters with this guy, his music is just incredibly easy to listen to. After his debut EP's title track 'Take Me To Church' went viral, he followed it up with a second EP 'From Eden', just as good and has now announced a debut album to be released for September, excited is an understatement! (I also suggest giving 'Take Me To Church' a listen... I'll put it at the bottom of the blog!)

Cover: Stay With Me - Ed Sheeran

Ed is well known for making any song sound like his own, but this cover doesn't travel too far from the original, but still has Ed's own tang to it! A very popular song to cover at the minute, it peaked at #1 and has been in the charts for 9 weeks, but this one stands out from the others.

Grace Lee has recently become better known as the YouTube 'Let It Go' cover sensation that came third in a Ryan Seacrest competition. However, this is her latest cover and it's absolutely insane, as a massive Wicked fan, this one of the best covers I've heard, and all her other covers and videos on Youtube are worth a listen, very talented, and I'm pretty sure she'll become one of the bigger Youtube artists very soon :) (Also, I suggest listening to this without headphones!)

(That Hozier track called 'Take Me To Church' that I was talking about...)

Take Me To Church - Hozier (link)