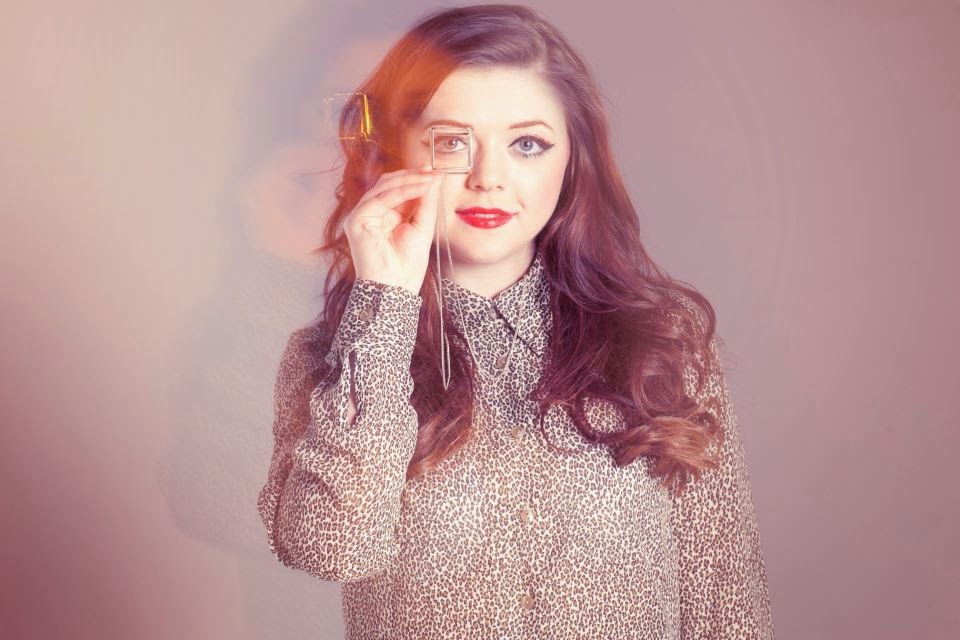 Becky CJ is a singer/songwriter from Croydon, London. She has been uploading covers and originals to Youtube for the past three years and has gained a growing group of followers, Ed Sheeran has even said her covers are 'brilliant'. Recently, doing her first headline gig at The Garage, Islington, Becky is one to watch, with her second EP 'Is This Love' doing pretty well so far.

1. How old were you when you started getting involved in music and how?
I've been involved in music literally forever. My parents are both musicians so there wasn't much getting away from it. I did a few West End shows when I was little, Les Miserables and Chitty Chitty Bang Bang and have basically been singing ever since then properly!

2. What is the most inspiring gig/concert/festival you've been to?
It sounds ridiculous because it was only this year, but I went to Latitude Festival a few weeks ago and it was just amazing, such an amazing few days. Going to festivals and enjoying them just reminds you how much music means and how amazing it would be to actually be able to perform at these things!

1. You've been uploading videos to Youtube, for the past three years, but what are your favourite three uploads and why?
I think my favourite three uploads are 'Lego House', 'Kiss You/Overjoyed' and 'If This Is Love'. 'Lego House' will always be a favourite because it was the first and it did so surprisingly well, so will always be a special video. I love the 'Kiss You/Overjoyed' cover because it was such a fun video to put together and to create the mash up itself was fun! And 'If This Is Love' because it's an original that started doing well out of the blue and it's amazing to think about people listening to my original songs and enjoying them!

2. A movie you can watch over and over again?
D'you know what I really can't watch films?! I really struggle so this question is almost pointless... I like Mean Girls...?!

3. What process did you go through writing and producing 'If This Is Love EP'?
I recorded it entirely at home. My Dad has a studio so we alternated between recording in there and recording our piano in the house. It was quite a long process because we (I say we, it's mainly Dad) were doing everything. I luckily have some amazing musicians as friends who got involved playing guitar and cello and violin, and we collectively came up with a lot of the production ideas on the EP. The writing of the songs had been done entirely on the piano and I struggle with imagining my songs out of that context so it's important I work with other people to create a produced finalised product!

'If This Is Love EP' Review:

The EP overall is a really lovely finished sound, it highlights that DIY music and recording is still just as good as what you find in the charts, also highlighting the creators and musicians are what really matters! 'Funny How Things Change' starts with a nursery rhyme like melody, that turns haunting. This track shows Becky's vocal range with the instrumental backing building throughout the song, it's a great start to the EP. Second is 'If This Is Love', which is the oldest track from the EP and one of the most popular of Becky's originals, understandably so. It's a catchy song with piano, percussion and showcases her penmanship of lyrics. 'Me and You' is one of my favourites from the EP, with strings and chilled percussion going hand in hand alongside Becky's usual amazing vocals and lyrics. The EP finishes with 'Mixed Messages', which is on a similar line to 'Me and You', however the simplicity of piano and vocals makes this ballad-like track stand out from the rest. A wonderful EP to listen to, if you're a fan of Sam Smith, you'd definitely enjoy this EP, but it's one for anyone to enjoy!

'Boom Clap' is the feel good track from British recording artist Charli XCX. It was released as the first single from the soundtrack album 'The Fault In Our Stars'. The song peaked at #6 in the UK Singles Chart, as well as peaking in the top ten in Republic of Ireland, Australia and New Zealand.

Crystal Fighters are a British alternative, folktronica band. As well as touring the world this year, they've also performed at Glastonbury on the John Peel Stage and Latitude Festival, which is where this performance comes from - enjoy!

Cover: Say You'll Be There - MØ

Originally by Spice Girls, released in 1996, 'Say You'll Be There' hit #1 in the UK Singles Chart. Covered here by MØ, a 25 year old electronica indie artist, mostly known for her recent single 'Walk This Way'.

Superfruit, AKA Mitch Grassi and Scott Hoying from Pentatonix. They've created a side channel for vlogs and covers, here is a prime example of how amazing those are. They've created a mash up of Miley Cyrus songs from Disney to Bangerz - enjoy!