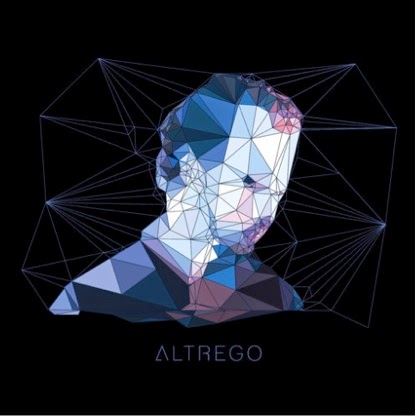 Altrego, AKA Belgian-born but London-based, multi-instrumentalist and producer, Jasper Erkens is on to watch (and listen out to). He self-produced his first EP 'Miraculous Epiphanies', which had a strong mix of electro, rock and funk, creating his unique sound.
Altrego and his music went down really well at this year's European festivals - including slots at Belgian's Pukklepop and Rock Wercher, where he was the only unsigned act on a bill that included Metallica, Arctic Monkeys and Pearl Jam.
He is playing The Barfly, London tomorrow night (11th November '14) and has a new single set for release, 'Coming At You' on 15th December.

'Coming At You Review'

'Coming At You' has a catchy pop-like tune with undertones of darker beats and bass. This creates a solid and unique sound which forces Altrego to stand out from the crowd. The only slight comparison I can think of is Depeche Mode, he puts it all into this track, hard beat, 'dirty' bass, catchy melody, strong vocals and lyrics and is one to be turned up loud - very loud!


Coming At You - Altrego (link)

The John Lewis Christmas advert graced our TV screens and every social media outlet this week. This year featuring a boy called Sam and his penguin friend 'Monty' accompanied by a wonderful cover of John Lennon's 'Real Love' by Tom Odell. It's currently at #3 in the iTunes Singles Chart, but I'm sure it's one that will reach number one very soon.

Robbie has performed live on ITV's 'This Morning' twice and is regularly played on BBC Radio 2 by the likes of Graham Norton and Jeremy Vine. Having spent many hours busking, he released his debut album 'So Called Man' earlier this year and has been travelling all over the place for the rest of the year - sharing his music. Here he is performing 'Brave' at The Garage in London.

Jemma is a brilliant singer/songwriter from Leeds, she has been uploading videos including originals and covers to Youtube for over three years now and has just released a new single, with an EP on it's way. Here is a fantastic cover of Ed Sheeran's 'Thinking Out Loud' and doesn't overdo it, it's a stunning and simple cover - good job Jemma!

Against The Current are a pop rock band from New York, members include Chrissy, Dan and Will. They are a popular group on YouTube and have gained millions of views of their videos on their own channel as well as their covers with Alex Goot. Here is one of their latest originals from their latest EP 'Infinity'.

Gravity - Against The Current (link)