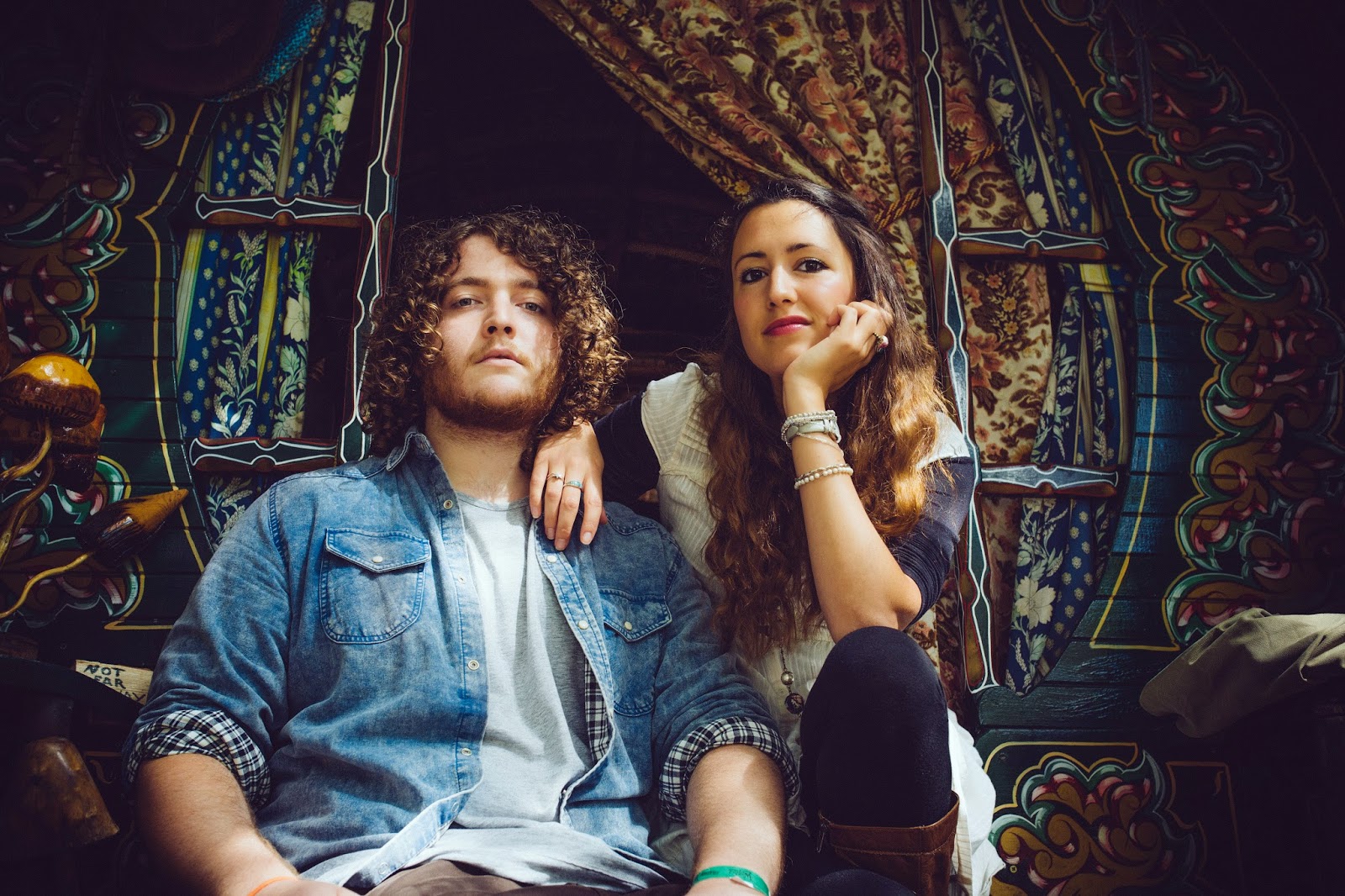 Jonas and Jane are an acoustic harmony duo from Surrey, England. 2014 was a pretty big year for them, having paired up in Spring after meeting on the gig circuit, as front singers of two separate bands. They discovered a mutual love of harmonies and country/folk music, they formed a musical act of their own. Jonas and Jane started playing local venues and recording their own material, leading to slots at Weyfest and Guilfest, seven consecutive shows in Texas (on their own mini tour), recording with Jack Saunders AND finishing the year with an EP to be released.

1. How old were you when you started getting involved in music and how?
Jonas: I started playing guitar when I was 12.
Jane: I started singing publicly at secondary school concerts at the age of 15 but started violin at the age of 8.

2. What is the most inspiring gig/concert/festival you've been to?
Jonas: The Eagles at the O2, 2014
Jane: Angus and Julia Stone live at Wilton's Music Hall, 2014

3. Who have you been listening to lately?
Jonas: The Eagles, Osbourne Brothers, Tony Rice
Jane: The Eagles, The Stray Birds

1. Having toured Texas last year, what was your highlight and why?
Playing McGonigels Mucky Duck, there was an awesome crowd and it was a great stage.

2. What is your usual songwriting process (e.g. harmonies, melody etc.)?
We tend to start with the melody on an instrument and then add in lyrics and add in the harmonies last.

3. What is your favourite track from the EP and why?
Jonas: 'Take Me Away' because I tried to make my guitar sound like a pedal steel guitar.
Jane: 'When I'm With You' because it's the one I'm most proud of lyrically.

If you were on a desert island, what three items would you wish for?
Jonas: a boat, a life jacket and a pair of oars.
Jane: a guitar, spaghetti and Jonas.

Jonas and Jane EP Review:
Their debut EP opens with 'Well, This Time' which is full of harmonies and presents a mellow and relaxed vibe which is also seen when they perform this track live.
'When I'm With You' is the next track, which is the upbeat song on the EP, it has a cheeky feel to both the lyrics and melody, however it also slows down for a section to produce the signature style of Jonas and Jane.  The penultimate song is 'Take Me Away' which is my favourite track off the EP, the opening guitar is reminiscent of Passenger and you can hear the influence of Texan music throughout and again as in all their songs the harmonies and lyrics are on point.  The EP finishes with 'We All Know' the lyrics and music create imagery allowing the listener to picture a scene, the overall raw sound is refreshing.
Overall this EP produces well crafted lyrics, melody & harmonies.  It has camp fire and summer barbecue vibes and the instrumental works alongside the vocals incredibly well.

'Cool Kids' is the catchy track from indie pop/rock band, Echosmith, from their debut studio album 'Talking Dreams'. It was originally released on 31st May 2013 as iTunes' single of the week and has slowly gained listeners from all over the world, but is currently sat at #17 in the UK Singles Chart and I'm quite surprised it hasn't got any further...

Broods are an 'electropop' musical duo from New Zealand, but here's a stripped back live performance of the track. 'Mother & Father' was released as their lead single from their debut studio album on 19th June 2014, unfortunately their music hasn't got as much recognition as I feel it deserves...

This track was originally by The Weeknd, from their first compilation album, Trilogy, which was released on 9th November 2012, which gained a lot of positive reviews. George The Poet and JP Cooper, work so well together to create an acoustic cover that stays in your mind as a song to listen to a lot.

'Arrow' became #1 in Billboard's Heatseeker Chart and #2 in the iTunes singer/songwriter chart. Louisa gained a lot of interest after her mash up of 'Blank Space/Style' cover video with Devin hit over 17 million views and she has a new song on it's way to release very soon, so keep your eyes peeled for that...