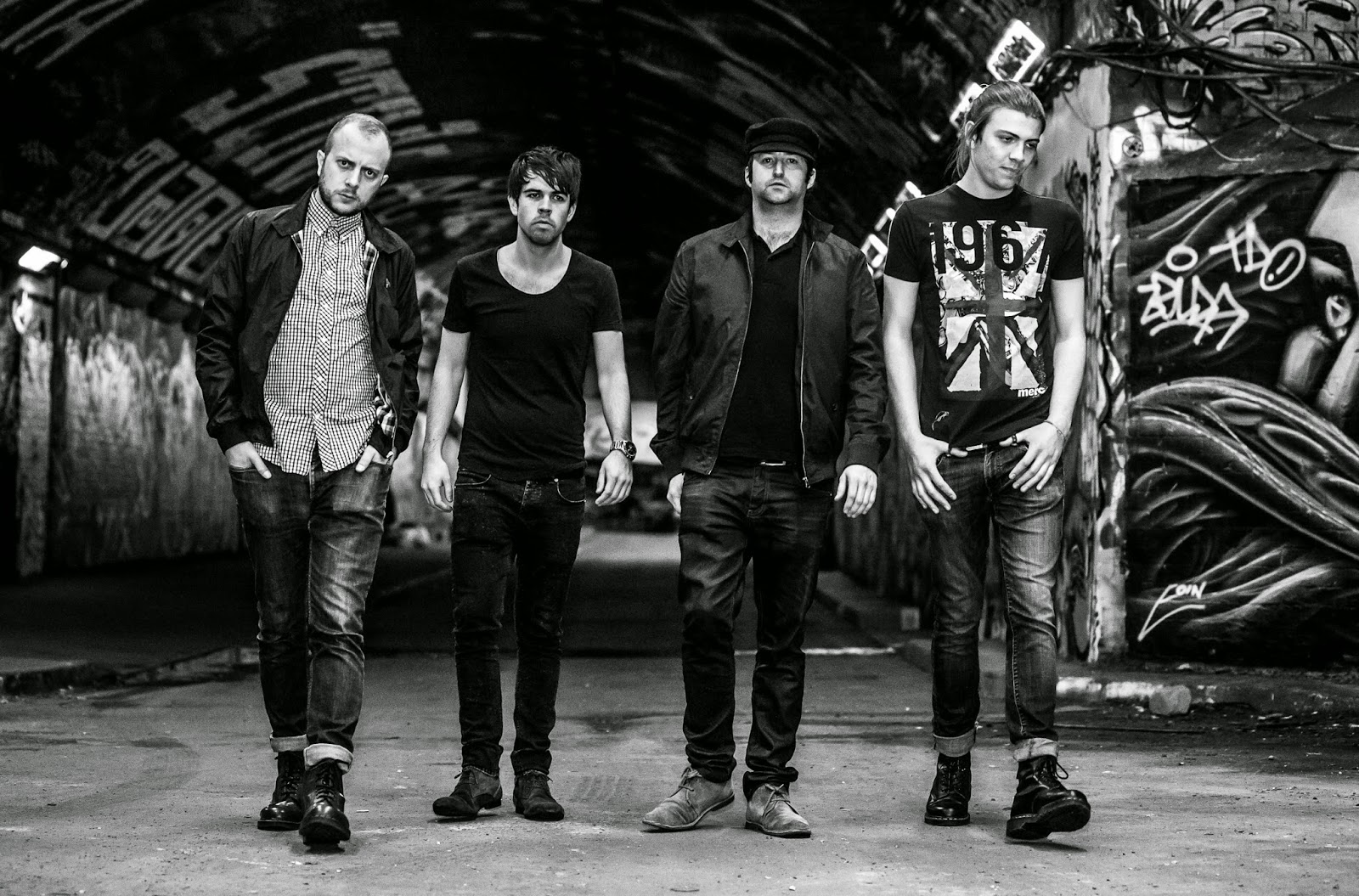 Hailing from the streets of London Town, Danny (vocals/keys), Stephen (covals/guitar), Eddie (drums) and Kevin (bass), make up indie/post-punk band, Model Society. Known by their supporters for their quintessential British sound with lyrics commenting on everyday life, they share similarities with the likes of Blur, Bloc Party and Hard-Fi. They’ve received backing from BBC 6 Music’s Steve Lamacq, Chris Hawkins and BBC Introducing’s Gary Crowley and have a successful list of live shows including festival appearances at Bestival, The Great Escape and Guilfest and have shared a stage with Catfish and the Bottlemen, Django Django, The Cribs and Buzzcocks.

'Valentine' Review:
I think 'Valentine' is one of my favourite Model Society tracks, it's catchy and upbeat. As well as this, the bass line stands well against gutsy guitars, if you like Two Door Cinema Club, add a little more punk and you've got Model Society. With a drum beat that'll get you nodding your head and tapping your foot, lyrics you'll want to be shouting along to and an overall great sound. They're a band to keep up with!

British drum and bass duo, Cameron Edwards and Joe Lenzie, are back with yet another hit single. Previous popular tracks include 'Nobody To Love' and 'Changing' featuring Paloma Faith. Their latest release is 'Higher' featuring Labrinth and comes from their album 'Life', due to be released later this year. It's #5 in the iTunes single charts at the minute and it won't be long until it's climbing the UK Singles Chart as well.

This song from American rock band, Thirty Seconds To Mars and was the lead single from their third studio album 'This Is War'. The music video gained huge popularity amongst many people, even critics, and was nominated for multiple awards including four at the 2010 MTV Video Music Awards.  It is quite a recognisable song, being used in a few film trailers and also because of its success in charts around the world. Here it is live for Vevo a few years ago, agh imagine the atmosphere!

This classic tune was the opening track and lead single from Nirvana's second album 'Nevermind', released back in 1991. Even though it 'only' reached #7 in the UK Singles Chart and #6 in the US Billboard Hot 100; it was their biggest hit and has continued to be a favourite amongst other rock songs in the past 25 years.
Smells Like Teen Spirit - Nirvana (link)