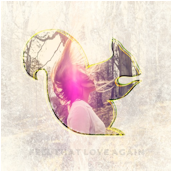 Blackmill has sold nearly half a million singles, nearly 100 thousand albums, over 61 million streams and counting and over 70 million YouTube views. His remix of 'Your Song' by Ellie Goulding reached #1 on Hype Machine, his music has also featured on BBC's 'Hustle' and he's also collaborated with Mt. Eden. Over the past four years, a desire for perfection led to hundreds of tracks gathering dust on hard drives. However, Blackmill's Robert Card has collaborated with his friend Graham Brown, after a trip to America, which left them feeling inspired and once again in love with their music, they created his forthcoming single - perfect for summer - 'Feel That Love Again', set for release on 29th June (2015).

1. How old were you when you started getting involved in music and how?
Well I guess it all started on my seventh birthday when I received my first guitar. I'd always loved music beforehand but this opened up the ability to actually make my own. Although I properly got into music when I downloaded FL Studio for the first time at the age of 14. I got hooked instantly and have never really stopped since :)

2. What is the most inspiring gig/concert/festival you've been to?
Well since I've only been to about three concerts in my life time I'd have to say Sigur Ros.

3. Who have you been listening to lately?
Oliver Cheatham - Get Down Saturday Night. Fabulous tune.

1. Who influences you musically and what inspires you lyrically?
Hard to say really... I don't listen to any music really in the genre I produce. So there isn't many influences apart from the sounds I hear through my speakers.

2. Name one thing you love about the music industry and one thing you hate about it...
Well first and foremost the industry in music is what ruined it in the first place. Music should be made as if no one will ever hear it. It's a very personal thing. It just so happens that others may like what you do so that is always motive to make more. Although the good things about the music industry is that it does spread music to others... that's about it.

3. What process did you go through creating 'Feel That Love Again' and did it differ to your previous releases because it was a collaboration with Graham Brown as well as a different sound to your usual?
Process? I just made some music for the sheer hell of it to be honest lol. It did differ in a sense that I've never worked with a singer that's been available to me in first person, always over the interwebs. So it was great to be able to bounce back and forth ideas about the track. Overall, it was great fun making this collaboration with Graham :)

4. What did you learn about/from Graham whilst working on the single together?
That Graham is very understanding and is always willing to work around the producer which leads to getting the best from one another. It's great to have a second mind as well when producing as Graham always thinks of things I may not have thought of otherwise, which led to how the song sounds now on your speakers!

Who is your role model in the world of music?
Ermm... I don't really have one to be honest. I like a lot of different music but I wouldn't say I have a role model.

'Feel That Love Again' Single Review:
This is the perfect summer track for parties, sunsets, road trips and just chilling. Brilliant melodic produced music like this is hard to find and when it comes along you have to hold on to it and enjoy it whilst it lasts. Even though it is a little further away from the sound Blackmill has become well known, but this I'm sure will still be enjoyed by those followers too. This track offers four minutes of incredibly well produced music with a vibrant but chilled feel to it and wonderful vocals from Graham Brown showcasing the 'simple' but crafted lyrics that resonate with the listener with a honest and deeper meaning to them open to interpretation. I will be pre-ordering this single, and I honestly think you should too, hopefully it'll get the support it deserves to become a summer chart hit!