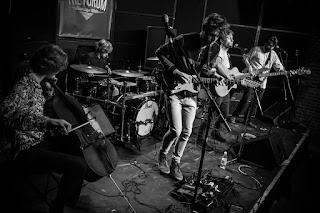 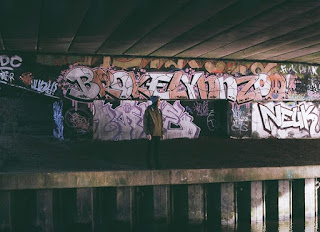 Lewis Murphy is a young singer/songwriter from King's Lynn, Norfolk in the UK. Now with the help of his band, Jordan (bass) and Matt (drums) they've ventured into a fresh indie pop twist on his previous sound and released his latest EP 'Daydream'. Lewis and his band have been busy with festival performances, playing Latitude and The Level Summer Festival. They're heading out on tour in September and Lewis is definitely one to watch, the next year will hoping make him as an artist and push him even further into the spotlight...

1. How old were you when you started getting involved in music and how?
I think I was around 11-12 years old. Music was something that really surrounded my life from an early age, with an interest of going to gigs and concerts for as long as I can recall. This love for music developed through the help of my uncle., buying me my first guitar and teaching me the basics. From there on, I fell in love with performing and playing, so I started writing and playing more instruments.

2. What is the most inspiring gig/concert/festival you've been to?
For me, the most inspiring concert I've ever been to is seeing Taylor Swift at the O2 Arena. Taylor was my first real idol as a musician, so seeing her play to 20,000 people in a country where she's not from was incredible for me. There was a moment where everybody put their phone on with a torch, and the lights dropped with just her and a guitar on stage, and it gave me chills. It made me realise that music, for me, isn't all about money or anything like, my true dream is just to play to crowds who know my lyrics, so they can sing them back to me. That's why I started music, and that's been the dream all along.

3. Who have you been listening to lately?
Lately, Saint Raymond is the artist I always have on. A great musician and songwriter, and he's great with his band live too!

1. Who would you most like to duet with and why?
If I had the choice to duet with someone, it would probably be Lauren Aquilina, I've followed Lauren for a while now, and she's excellent. She writes great songs and her voice is brilliant. She's always so friendly too, and I feel that her voice suits acoustic tracks well, so I'd love to do an acoustic duet with her.

2. You've recently performed at The Great Escape Festival, where would your dream venue to perform be and why?
Alexandra Palace is my big goal at the moment. Fair enough that there are bigger venues, but to me, Alexandra Palace is such a great venue with a lot of huge bands playing there. It would be great to look up from the stage, and see a huge number of faces in such a historic venue, there to see us play! It's certainly a goal of mine!

3. What process did you go through writing the tracks on your forthcoming 'Daydream EP' and did this differ to your previous releases?
With my Daydream EP, the writing process was very difficult. Normally, with the previous two EPs, I wrote guitar and vocals for them, and then teamed up with the producer to write extra parts. However, with this EP, I gathered together a band with two of my best friends, Jordan and Matt, and we all worked on it together. Jack Murphy, over at Crystal Sound Studios, really did a great job too in expanding the tracks we went in there with, and between the 4 of us, we worked on each track separately to build the strongest possible outcome. From then on, with any new tracks, me and the band work together as a trio to nail them, which I find so much better than what I did with my first 2, as I really am able to utilise the bands experience with their instruments, so we can write some great tracks!

If you could have a pizza named after you, what would it be called and what would the toppings be?
Haha! I've never had a question like this before! Err, I'd probably go for Murpherita, based around Margherita haha! I'm quite a fussy eater, so it would probably be pretty plain to be honest; maybe some bacon / chicken on top, but if I added any more, I wouldn't like it myself!

'Daydream EP' Review:
This EP oozes originality despite ticking all the boxes for a great indie track, like some that are making it into the charts. The EP opens with 'Beneath My Feet', which hits you in the face with guitars reminiscent of Vampire Weekend but honest lyrics from Lewis and a heavy drum layer throughout, this song shows the start of new and brilliant things for Lewis. He's definitely stepping up his game. 'Daydream' has folky aspects dotted throughout adding to the track, and has slower and faster sections, mixing it up with the catchy chorus - that is bound to get stuck in your head. The bass, guitar and drums in 'Circles' create a gritty backing for Lewis' more intense lyrics and vocals in this track, making it a song that is a little different to the others on the EP, but still just as fantastic. The EP closes with 'Why Don't You?', it's got everything you'd expect/want from a great indie song. I can see Lewis following in the footsteps of Saint Raymond or Vampire Weekend, definitely not a bad path to be taking! Looking forward to big things from Lewis!

Why Don't You - Lewis Murphy (link) 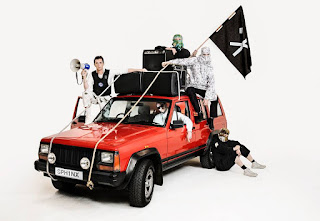