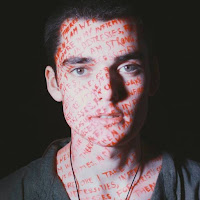 Henry is a guitarist and singer/songwriter from Fairford, Gloucestershire; who performs constantly, with recently performances including The Royal Albert Hall and London's Folkfest. He also ran and led local acoustic youth sessions and gig nights, giving other young musicians playing opportunities, as well as himself. Henry released his debut EP 'Open Arms' in April 2013 and is back this year with an album 'Take A Form', which is available at all shows (live dates below) or by emailing Henry (henrybatemanorders@gmail.com)

1. How old were you when you started getting involved in music and how?
Music has always been there really. Both of my parents are fantastic musicians who have been involved in all sorts of stuff over the years - so I was constantly seeing and hearing them do things, and always being introduced to their favourite artists - many of which have become my own. I can remember sitting in the car with my Dad - listening to Queen, and him explaining Brian May's guitar multi-tracked guitar harmonies to me. I've always said that I started to play the guitar because of my Dad and Brian May. I first started to play seriously when I was six, but I was singing long before that. My life has never lacked any sort of musical presence.

2. What is the most inspiring musical performance you've ever seen?
There are so many. Last year I saw Peter Gabriel, which was out of this world. To hear those songs live, with that band - it was incredible. He does a lot of talking at his shows too, he develops some amazing concepts and that gig really got me thinking about a lot of things. For sure, it had a big impact on the development of my album. A lot of people are surprised to know that I listen to a lot of heavy, progressive stuff. I've seen Rush a couple of times - they are one of my favourite bands in the world. Incredible musicianship and it blew my mind. Toto too - phenomenal musicianship. I've seen Level 42 many times and I'd say they're the best live band in this county. The last time I saw them they had a brass section, and I'll never forget the moment they broke out with their first riff - that hot sound, it just cuts right through you. There aren't many bands that can reduce you emotionally with the power of a groove. Seeing Brian May a few years ago was out of this world too. I have to mention seeing Newton Faulkner because that really did change my life, and my relationship with the guitar. It opened my eyes to so many things, and really kicked off my desire to promote myself as an artist. I'm seeing Randy Newman in a few months which I'm really looking forward to. Sorry - that really didn't answer the question, did it?

3. Who have you been listening to lately?
Last night I fell asleep listening to Michael Hedges - one of my biggest influences. Such a genius, and it's sad beyond words that he's no longer here. I've been really getting into Nick Drake lately - amazing songs. I've been listening to a lot of James Taylor again lately too. I'm really digging that clean finger-style sound. I've been listening to Jennie Abrahamson's stuff recently - she's a Swedish singer/songwrtier. Her latest album 'Gemini Gemini' is beautiful, and wonderfully produced. There's some fantastic female singer/songwriters coming out of the Swedish music scene at the minute - they've got some exciting stuff going on over there.

1. Why and how did your youth acoustic sessions and gig nights come about?
I ran them with a friend of mine at a local pub - The Trout Inn in Lechlade. Before those particular sessions we ran something slightly different, and they evolved into the gig nights. To start with, I was just trying to create performance opportunities for myself and musical friends. Then, when we started doing the gig sessions, we got all sorts of artists in - from all over the place. We attracted a really good audience too, and we raised lots and lots of money for charity. Now that I'm heading off to music college, they've been put on hold - but I hope to do them as one-offs every now and again over the next few years. They were a lot of fun, and I met some great people through running them.

2. Where would you like to be in five years time with your music?
I don't want to close myself off to anything - so I keep an open mind. I trust that we will all get to where we need to be, with the particular set of values that we've been given. I think it's about being where we need to be, rather than where we think it would be good to be. I would like to be touring. These days, you don't need a label to become successful. You can do everything yourself - it's a lot of work, but it can be done. There are so many people around at the minute who are making a name for themselves through constant gigging - if you work hard at sharing your songs with people, you inevitably connect and become closer to being able to do this thing for a living. In five years time, that is what I would like to be working towards. I would also like to have a few more albums or EPs out by then too.

3. What's your favourite track from your album 'Take A Form' and what process did you go through writing it?
Your songs are like your kids! You can't choose between them, they're all different. I'm going to go with the opening track though, 'The Garden'. Partly because it is totally different from anything else on the album. I had been at my grandparent's house - they had both passed away and the place was being emptied. I was wondering around the garden, where we all used to play as kids, and I was upset - we were all grieving for them and it was a very strange place to be. That garden held so many happy, and very important memories for me. But I began to realise that, actually, the physical sense of the garden is just material, and, in the long run, means nothing. It's the people that count - and you can carry them in your heart. That's why I wrote the line "And I close my eyes to stifle my cries, And I hear your voice entwined in my soul." I went home and the songs just fell out of me onto the piano. I was listening to some Kate Bush at the time, and I think that pushed me to do some interesting melodic and harmonic stuff with it. I was studying William Blake too, who definitely had an influence on the lyrics of that song - and others on the album too. I had so much fun recording that song. The first demo was very electronic and Pink Floyd-esque. It works in lots of different ways, but I'm very pleased with how I chose to do it for 'Take A Form' - it worked out well.

Favourite cartoon?
The Walt Disney cartoon version of 'Robin Hood', with the animals - and 'The Jungle Book', of course.

'Take A Form' Review:
The album opens with 'The Garden', it's a stunning song, led by emotively haunting piano and the honest behind the lyrics links to the beautiful context of the song. 'Little Boy In The Haze' is a beautiful song, with intricate guitar, soft vocals and I could easily fall asleep to it (in a good lullaby kinda way...) 'Grown' picks the beat up and is a little funkier than others on the album and the layered vocals really add to the whole sound of the song. 'Constellations' is an easy song to listen to and I can imagine it being sung along to live with the crowd swaying etc. 'The Moth' has beautiful piano throughout and is led as an instrumental, possibly imitating a moth in flight? (I might be looking into that one a little too much, or not enough!)
'Show No Fear' really highlights Henry's talent for songwriting, the lyrics really stand out in this one and the attention to detail amongst the layering of instruments as well as vocals is impressive. 'Granddad' is beautiful, honest and emotive, both lyrically and musically and is easily one of my favourites from the album. Another honest and wonderfully guitar led song is 'Sober', with 'Two Brothers, One Barricade' following on after. It's a long one, but honestly just sitting and chilling and really focusing on every little part of the song is definitely worth it. 'Only Hope' and 'Take Me Home' finish the album off well, they're both stunningly brilliant songs and reminded me of Sleeping At Last's work.
Overall, the honesty, emotion, skill and talent ties this album together to create 11 tracks of wonderful music. If you like James Taylor, Ben Howard, Newton Faulkner etc. you'll love Henry Bateman.

1. Creshendorious - Brigitte Aphrodite
Singer, poet, songwriter and feminist showgirl, Brigitte Aphrodite releases her single 'Creshendorious' today, taken from her forthcoming debut album set for release later this year. The single and album draw on music from the musical, written and starring Brigitte, My Beautiful Black Dog, which went down a storm at Latitude Festival and is set to go down well at Edinburgh Fringe. The single is available to download digitally via Beautiful Black Dog Records. (WARNING VIDEO CONTAINS FLASHING IMAGES THROUGHOUT - will provide Soundcloud link)

2. Hold Back The River - Orla Gartland
Orla returned after a break from uploading to share this wonderfully unique and creative 'indie pop' twist on an otherwise slower track. Originally by British singer/songwriter James Bay, as his best known song and second single from debut album, 'Chaos and the Calm'. It peaked at #2 in the UK Singles Chart and reached the Top 10 in 12 different countries. Enjoy!

3. Learn To Fly - Rockin1000
Well, this is one way to try and persuade Dave Grohl to perform in your country! Rockin1000 stepped up to the mark, 1000 musicians playing Learn To Fly by Foo Fighters in a field, it's taken the internet by storm and it's definitely impressive! (It's a little loud so make sure your headphones/speakers are turned down to start with - otherwise you might fall off your chair...) You know those moments when you watch or listen to something and you get goosebumps? Yeah that. Go on Dave and the lads, you can't say no to that!