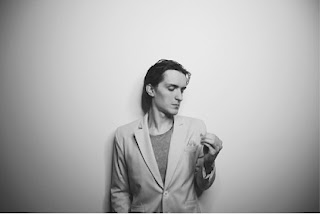 Luke Rathborne is back following up on the promise of his debut LP 'SOFT'; which gained over 3 million streams on Spotify, Radio 1 airplay from Zane Lowe and glowing press acclaim. The New York City based artist now releases 'Losing It' as the first single from his forthcoming full length LP, 'AGAIN', set for release in March (2016). Rathborne's also announced a co-headline tour with Captured Track's Alex Caldner across the USA this Spring, with UK dates to be announced, we'll keep you posted!

'Losing It' Single Review:
'Losing It' is a fantastic track, with elements of 70's pop crossed with modern melodic guitars, brilliant bass and drums tight and steadily adding to the track with percussion in the chorus too. It's an upbeat and infectious track with mesmerising keys and spacious synths and vocals smoothly washing together to create an incredible sound.