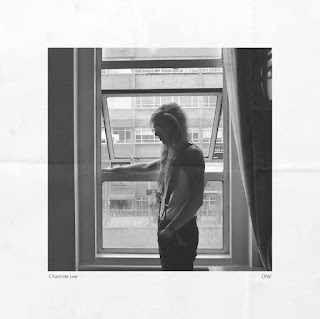 Charlotte Lee is a 20-something singer/songwriter and multi-instrumentalist based in London. Her recent single, 'Let The Light In' was released on the 'Lost Songs' album released by Metropolis Studios in June. Charlotte's debut single 'Alive', taken from her debut EP, was chosen as BBC Surrey and Sussex's 'Track of the Day' and has also been featured on Best of British Unsigned. As well as releasing new music, Charlotte's also been gigging around the UK, recording live sessions for various radio stations and some of our readers may recognise her from one of our garden gigs...

1. How old were you when you started getting involved in music and how?
I got my first guitar for Christmas when I was 11. So guitar is my first instrument. But I didn't start singing until I was about 16, when I started TRYING to write songs. I only started taking music seriously about a year ago. I performed at my best friends wedding which inspired me to finally quit my job and give it a proper go!

2. What is the most inspiring musical performance you've ever seen?
Jeeeez. The best that I wasn't there for, would have to be Jeff Buckley at Glastonbury in 1995! Watching it sends shivers down my spine every time!
In person, it would have to be Fleetwood Mac. They were on my list of people to see before I/they die and they were incredible. I was in a bubble of awe and wonder for the entire set!
But Stevie Wonder at Hyde Park comes in at a very close second! Also in the running were Bombay Bicycle Club, Lianne Le Havas, and Dolly Parton! I could go on! I find nearly any and all music inspiring when it's performed live!

3. Who have you been listening to lately?
I listen to music literally 24 hours a day. I don't even turn it off when I sleep! So pinpointing what I'm listening to at any one time is quite difficult! But right now my favourite finds are Marian Hill, Ady Suleiman, and HONNE. Go check them out, they are all awesome in their own ways.

1. Out of the instruments you play, which is your favourite and why?
DRUMS. Definitely drums, who doesn't love whacking stuff with sticks?!

2. Where do you usually gather inspiration and influences for your songs?
Usually I hear a melody or a riff in my head that plays over and over until it turns into a song! I'm constantly writing lyrics. But one of my favourite ways of writing is going somewhere new and singing into my dictaphone. This is actually how I wrote 'Alive' whilst walking around Berlin at night. The first line 'No bed but at least I got my freedom' was inspired by a bridge that I walked under which had at least five people sleeping rough under the bridge. Which inspired that first line and the rest is history I guess!

3. Which song on your forthcoming EP did you enjoy creating the most and why does it stand out to you?
Oh blimey... all of them? I worked with Tom Cooper on this EP and we work so well together. We instantly hit it off! He has the balance of enhancing and adding value to the songs without changing them. I honestly couldn't have asked for a better producer! So cheers Tom!

If you could open a venue, what would it be called, where would it be and what would the opening night entail?
Hmmm. I'm rubbish at naming things! I'm currently sitting outside Portobello Green Arcade, so looked to the shops names for inspiration! 'Isis' was the best choice... So that's what I would call it! It would have to be in Shoreditch and for the opening I would hire a friend of mine who runs a company called 'Snakes and Ladies' to walk about in her burlesque gear with some snakes! For music, I would have Grimes supporting MIA. Writing this I wish it was real and not hypothetical!

'One' EP Review:
This EP opens with 'Just Can't Let You Go', a stunning guitar led and emotive track, with honest lyrics and piano that compliments the stripped back intro; growing into a fantastic chorus intensified with drums and stunning harmonies.
The title track and lead single, 'Alive', follows on well and is probably my favourite from the release, introduces the listener to Charlotte's music perfectly with a bit of everything and brilliant rocky section to play your air guitar and drums along to...
'Bellevue' features wonderful instrumental layering which Charlotte's vocals glide over. The EP closes with 'Balloon', a funky pop / rock track, with great bass lines and skippy drum beat and infectious guitar riffs and memorable hooks in the chorus with built up harmonies.
Overall, a fantastic debut EP and I'm really excited to hear more from Charlotte in the future!