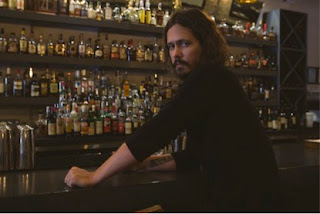 John Paul White is known as one half of the four time Grammy-winning duo, The Civil Wars and now the world of music is bracing itself for White’s first solo work in nearly a decade. His solo album ‘Beulah’ was released via Single Lock Records on 19th August and is a diverse collection of genres. These songs came unbidden to White who says ‘Honestly, I was trying to avoid them, but then I realised the only way I was going to get rid of them was if I wrote them down… The one day I told my wife, ‘I think I’m going to write a song’. She was surprised as I was. I went and probably wrote eight songs in three days…’

'The Martyr' Review:
'The Martyr' is a fantastically dark southern rock track with folk enhanced vocals and lyrics intertwined throughout. I am a big fan of the guitar hook and combined memorable chorus with layered vocals added to create an almost gospel element - can't imagine how spine tingling it would be live. If you liked Matt Corby's latest album, anything full of soul (music that makes you feel something), or of course just straight forward brilliant rock singed folk, you're bound to enjoy John Paul White's new album 'Beulah'. Enjoy!