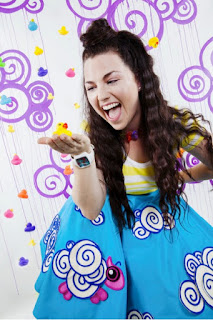 Amy Lee, well known for being the Grammy award-winning co-founder and lead vocalist of Evanescence, has released a new Amazon Music Originals family album, ‘Dream Too Much’. Inspired by Lee’s song and her own musical upbringing, the album features guest appearances by several family members, including backing vocals by her siblings, and instrumentals by both her father and uncle.

'Dream Too Much' Album Review:
It's fair to say this is a little different to our usual reviews, however, if you have kids (or even if you don't) this album is definitely worth a listen. 'Dream Too Much' is an upbeat poppy track, with a positive message sung throughout and an imaginative accompanying stop-animation music video. Amy Lee's vocals bring this wonderful world to life, and there's a mixture of great songs across this release, songs for those dreaded car journeys as well as lullabies for when you can't sleep. Whilst this is a family album and clearly aimed towards kids, there's many teens and 20+ people that have been sharing the same opinions that even they love this album and have been listening to it - I'm with them on that!