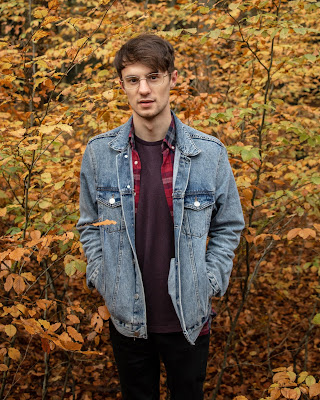 Toby Burton is a 22 year old singer-songwriter from Sheffield. He's landed appearances at festivals such as Looe Music Festival and Underneath the Stars; as well as support slots for the likes of Meadowlark, Izzy Bizu and Seafret. Toby released his debut EP 'Fall Into You' in 2018, which featured on BBC Introducing Sheffield's 'Top 50 Songs' last year. Now set to release his new single, 'Lost & Found' on 6th December (2019), following many gigs locally to finish this year off.

1. Who were your main influences and what was your inspiration when writing your latest single, 'Lost & Found'?
Well, funnily enough I actually wrote this song at a similar time last year! I went to some Christmas markets and had the BEST time, so as I was travelling home I wrote the first few lines of the song, and the song itself is essentially about wanting to run away with someone that you love spending time with, just to get away from everything for a while! Musically I was listening to a lot of music by artists like Lewis Watson, City and Colour and The Paper Kites, but as it came to the recording/mixing of the track me and my friends took a lot of inspiration from Daughter as well.

2. What have you been listening to lately?
I have been loving a band called MUNA recently, as well as The Band Camino! (I got tickets to see them and I’m very excited).

3. If you were to tour anywhere you wanted, which three countries would you most like to visit and why?
I think first of all, I would definitely love to do a full UK tour - there’s so many places I’d love to play that I haven’t played before. But beyond that I’d love to tour the US and Germany - for some reason a lot of my streaming audience seems to be from those two places so I’d love to go there and explore, as well as play to some really cool people!

4. What are you plans for 2020?
In 2020 I’m just looking forward to playing as many shows as I can, as well as releasing new music! I’ve got lots of cool new songs that I can’t wait for people to hear. I’m also going to be working in a new job so that’s going to be an exciting challenge as well!

5. What's the worst thing you've lost and what's the best thing you've found?
I think the worst thing to lose is definitely people - sometimes you grow apart from friends or people that you used to be really close to and that always sucks! But I also lost my copy of Pokemon Lead Green when I was like 10, and that was pretty sad too. I think the best thing I ever found was this little hidden lake in the town where I went to university - it was tucked away down a little country path amongst all the trees, and I was so impressed! Either that or Spotify Premium, because who doesn't love that?

'Lost & Found' Review:
'Lost & Found' starts with an ethereal whirl which continues throughout the track. Familiar guitar strums set the tone for this cosy melody; and Toby's ability to tell a story through his lyrics is brought to life, with his clear but warm vocals. Growing into the chorus with an athletic drum beat to coincide with the words 'running' and 'escape', and a glimmering soundtrack to any autumnal adventure. 'Lost & Found' is a warm hug at a cold time of year. An anthemic acoustic song bound to get stuck in your head. 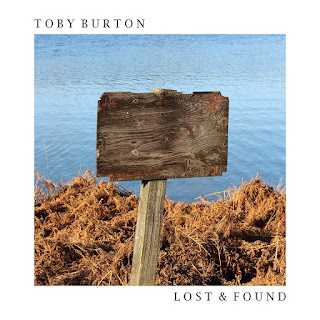