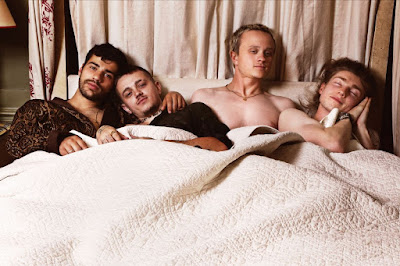 Hi! We're back again - we return from one of many hiatuses to fill some isolation time! Whilst I now have a full time 'proper' job it's been difficult keeping up with all of the submissions, new releases, gigs, previously featured artists etc. HOWEVER with a global pandemic taking over, I need to fill some time. If it means helping to break your day up with some sweet tunes then I'm on it!

We'll start with a Rewind post, we'll get you up to date on some previously featured/spotlighted musicians, and then over the coming weeks there will be some Q&As, reviews, playlists to help get you (and myself) through these testing times!

Up All Night - AKA George
Since we first featured George nearly seven years ago, he's changed his name, released loads more tunes and is set to release a new EP 'Bad For You', in April. 'Up All Night' is taken from the upcoming release and is just as punchy and catchy as his previous songs.

Up All Night - AKA George (link)

Time - Jack Garratt
One of my all time favourite artists is back, and he returns with an absolute banger! It gets me singing along in my car, dancing in my bedroom, and humming along for the rest of the day. Jack has an album coming in May, 'Love, Death & Dancing', and it's shaping up to be a pretty special release.

New Friends - Orla Gartland
Orla was also a featured artist many years ago, back when she released 'Roots'. Now she's back with her fourth EP 'Freckle Season', and releasing beautiful live sessions of each song too (on YouTube). Full of catchy upbeat tracks with a story to be told throughout the lyrics of each song.

Notions - Darragh Chaplin
Darragh is a long-time favourite of ours at Music In Time, for both the blog and live events. He has been releasing a track each month of 2020 and they are all bops. We're looking forward to seeing what the rest of this year holds for Darragh and his music.

Beg, Steal or Borrow - Jacko Hooper
Brighton based singer/songwriter, Jacko Hooper, is also back with a stunning new single 'Beg, Steal Or Borrow'. His Folklore Session evenings are still running, and he's received support from the likes of Mahogany, Mystic Sons, Indie Top 39 amongst others. Enjoy!